By Miles Socha and Joelle Diderich and Laure Guilbault on June 22, 2014
View Slideshow 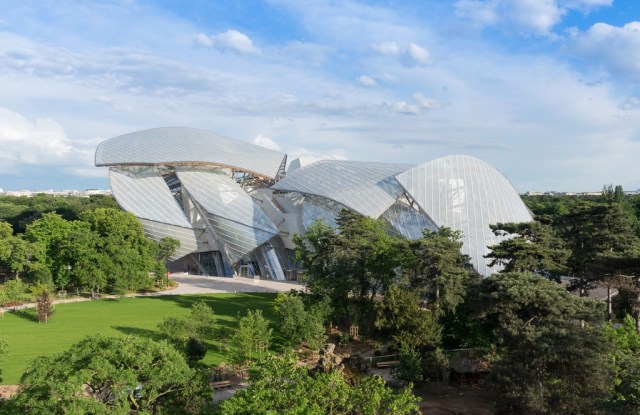 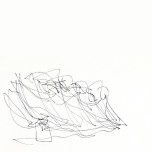 PARIS — Bernard Arnault has set Oct. 27 as the opening day for the long-awaited Fondation Louis Vuitton, a striking new museum on the leafy fringes of Paris.

The museum will showcase the corporate art collection of LVMH Moët Hennessy Louis Vuitton, adding a new cultural and architectural attraction to the French capital.

The foundation has set as its mission “to encourage and promote contemporary artistic creation both in France and internationally,” focusing on works of the 20th and 21st centuries.

Beyond the permanent collection, it will display artists’ commissions along with temporary exhibitions, and the building boasts an auditorium for performances and events. Word has it Arnault’s wife Hélène, a concert pianist, tickled the ivories there last week as technicians performed acoustic tests.

Arnault commissioned Canadian-born architect Frank Gehry to dream up the building, which resembles a glass cloud drifting over the treetops of the Jardin d’Acclimatation in Paris, in the northern part of the Bois de Boulogne.

The structure covers 126,000 square feet, and contains 11 galleries, and terraces affording panoramic views of Paris and the lush park where it is set.

The inaugural exhibition is to be devoted to Gehry’s architectural project for the foundation, concurrent with what’s billed as the first European retrospective of the architect’s oeuvre at the Pompidou museum, scheduled for Oct. 8 to Jan. 5, 2015.

Arnault appeared on French television station TF1 Sunday night to talk about the foundation, a project he has followed closely, frequently visiting the construction site on a 2.5-acre plot of land.

The business titan noted the foundation would be inaugurated on Oct. 20 and welcome the public for free for three days via reservation ahead of the official opening.

“We have a pretty eclectic mix, but it is true that I am quite involved in the choice,” he said, referring to the art that would be displayed.

He characterized the foundation as a way to demonstrate how the “extraordinary economic success of the group” is due to “the outstanding success of our designers.”

A vocal proponent of creativity and its transformative powers, Arnault said, “This a small payback to the public, and to our employees.”

Gehry said that when Arnault first took him to view the site of the future foundation, his mind went to Marcel Proust and he quickly sketched an abstract, cloudlike form. The final building — under half the size of the titanium-clad Guggenheim in Bilbao that rocketed the Spanish city’s global profile, along with Gehry’s — features sweeping glass forms that resemble sails drifting around the white concrete towers underneath.

Built at a cost sources pegged at well north of 100 million euros, or $136 million at current exchange, the foundation represents one of LVMH’s biggest gestures of art patronage.

Jean-Paul Claverie, who advises Arnault and has overseen LVMH’s philanthropic activities since 1991, called the foundation the most important new art institution to arrive in Paris since 2006, when the Quai Branly Museum of indigenous art and civilizations opened in a curving Jean Nouvel building near the Eiffel Tower.

It is also Arnault’s biggest architectural pet project since 1999, when he christened the 23-story LVMH Tower in New York by French architect Christian de Portzamparc, like Gehry a recipient of the prestigious Pritzker Prize.

In an interview, Claverie noted that LVMH has sponsored more than 40 major art exhibitions in France and abroad over the last two decades, including showcases devoted to Nicolas Poussin and Gerhard Richter in Paris, Richard Serra in New York and Impressionist masterpieces in three Chinese cities.

Claverie said the new Vuitton foundation would likely welcome hundreds of thousands of visitors in its first year. “It will express the artistic, cultural and emotional values, as well as the art of living, promoted by Bernard Arnault and the LVMH Group, but it is truly a charitable foundation, devoted to the public as a whole,” he added. Claverie noted LVMH has a 55-year lease for the site in Bois de Boulogne, but that the landmark building is effectively a “gift” to the city of Paris.

She told WWD the project reinforces Paris’ positioning as a “great capital of contemporary architectural and artistic creation. With its galleries and terraces offering great views of the surrounding environment, the building offers all visitors a wide possibility of discovery — a place of culture, wonder and relaxation.”

The project was first unveiled in 2006, and was originally slated to open around 2010, but was delayed due to regulatory hurdles and attempts by neighborhood and conservation associations to block its construction.

Arnault’s luxury rival François Pinault scuttled plans to open a Tadao Ando-designed art foundation on Paris’ Ile Seguin in 2005 after years of red tape stymied the project. The owner of Kering, then known as PPR, ultimately bought Palazzo Grassi in Venice, which opened in 2006, upping the ante in the tit-for-tat game of one-upmanship between two prominent French entrepreneurs. Palazzo Grassi displays Pinault’s personal art collection, however, while the new LVMH Foundation will contain the corporation’s collection and not Arnault’s private one.

LVMH and Arnault have been shy about trumpeting the family-controlled group’s art horde, but it is believed to include works by Pablo Picasso, Damien Hirst, Serra, Ugo Rondinone and Mark Rothko.

Vuitton also recently tapped Gehry to design a limited-edition handbag in its signature monogram canvas that is to arrive in stores in mid-October, as reported. Also participating in that project, dubbed “The Icon and the Iconoclasts,” are Karl Lagerfeld, Cindy Sherman, Rei Kawakubo, Christian Louboutin and Marc Newson.