The online sale from March 6 to 11 features 277 rare and exceptional pieces, some owned by members of the Belgian designer's inner circle. 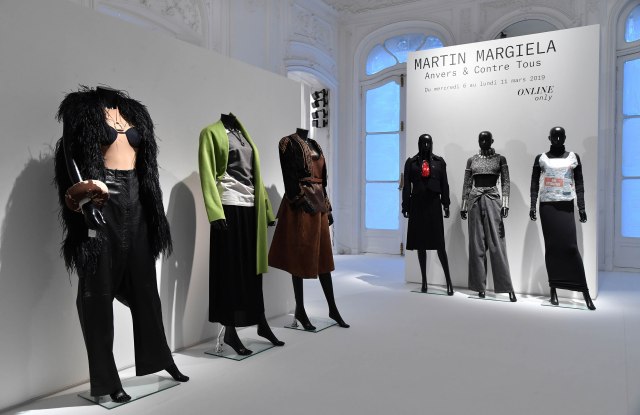 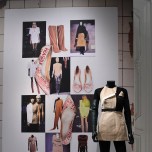 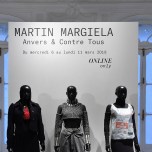 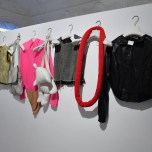 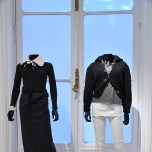 PARIS — Fans of Martin Margiela will have an opportunity to snap up some museum-grade items from the private collections of his inner circle during Artcurial’s upcoming auction of 277 rare and exceptional pieces by the Belgian designer.

Coming on the heels of two major Paris retrospectives last year at the Palais Galliera fashion museum and the Musée des Arts Décoratifs, the online sale from March 6 to 11 coincides with a double anniversary: the birth of Maison Martin Margiela in 1989 and the departure of its reclusive founder in 2009.

Pénélope Blanckaert, Hermès vintage and fashion arts director at Artcurial, curated an exhibition of the lots with Christophe Brunnquell, former artistic director at Purple magazine. It will run at Artcurial’s headquarters from Feb. 26 to March 6, coinciding with Paris Fashion Week.

“It’s rare to have such a complete sale,” Blanckaert told WWD. “We have pieces from the first collection to the last. I love that — it’s truly a retrospective.”

The items on offer include selections from professional collectors like Emmanuelle and Philippe Harros, the duo behind Quidam de Revel, and Hideo Hashiura, the owner of cult Tokyo vintage shop Laila, who is believed to own around 4,000 Margiela pieces.

Then there are the private collections belonging to Margiela’s former associates, such as his muse Kristina de Coninck and Marina Faust, who has also contributed a photograph to the exhibition. Both will join Hashiura and stylist Kanako B. Koga, fashion director of Dutch magazine Code, for a panel discussion on March 4.

The exhibition will feature images by Swedish photographer Anders Edström, another creative who met Margiela early in his career.

Blanckaert said the auction came together organically after she contacted Margiela to verify information on some of the early lots. “He wrote back to me and was super nice,” she said. After that, friends of the designer started to get in touch offering additional items.

“It was all done in a spirit of trust, because it’s not so easy for these people to part with their Margiela pieces. It was a very special period in their lives. I think they truly loved working with him, so these are more than just clothes. Kristina was very emotional when she dropped off her outfits,” she explained.

A similar coat sold for 12,500 euros at Sotheby’s last July, above its initial estimate of 3,000 euros to 5,000 euros, as part of a sale of Quidam de Revel’s fashion and haute couture collection, reflecting strong demand for iconic Margiela designs 10 years after his retirement from the industry.

From Faust’s collection, there is a top made of vintage black gloves from Margiela’s spring 2001 Artisanal line, estimated at 2,500 euros to 4,500 euros. “These are almost all one-of-a-kind pieces,” Blanckaert said of the couture collection.

“People are so passionate about Martin Margiela’s work — I’m getting messages from across the world, especially Asia,” she added, noting that the designer’s cerebral approach to design, based on a slow fashion approach and a commitment to upcycling, were years ahead of their time.

Among the more conceptual pieces included in the sale is a plastic dress from the fall 1992 line, made from a transparent garment dust-cover taped with adhesive on an oversize dressmakers’ form. Priced at 2,000 to 3,000 euros, the dress is virtually unwearable, meaning it will likely appeal to serious collectors or institutions.

Likewise the jacket pattern made from tearproof paper, with an estimate of 1,500 to 2,500 euros, and the stiletto shoes covered in adhesive tape marked “Fragile” — expected to fetch between 1,200 euros and 2,200 euros.

Blanckaert noted there were also simpler items with price tags beginning at 200 euros. “I would like to touch people who like Margiela’s work but who don’t necessarily have the means to buy his designs,” she said.