Hong Kong tourism has taken another hit from the dual effects of World Health Organization warnings on a pneumonia outbreak and the war in Iraq. 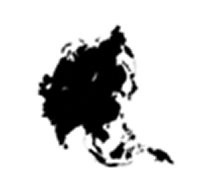 HONG KONG — Tourism has taken another big hit from the dual affects of the World Health Organization’s statements on the outbreak of atypical pneumonia here and ongoing military action in Iraq. The pneumonia scare also could throw a pall over Interstoff Asia, which opens next week.

This story first appeared in the March 25, 2003 issue of WWD. Subscribe Today.

WHO last week issued an advisory to travelers, citing the outbreak of severe acute respiratory syndrome (SARS), reporting more than 300 cases in 13 countries. Hong Kong has the highest concentration of cases — 242, with six deaths. Authorities also have closed four schools after five students were hospitalized with respiratory illnesses.

What effect the illness, coupled with war in the Middle East, will have on Hong Kong’s already fragile economy will be clearer in a few days. But tour bookings from Southeast Asia have already fallen about 80 percent since cases of pneumonia were first reported here. Next week, Interstoff Asia, the region’s major textile fair, is scheduled to take place at the Hong Kong Exhibition Centre. Organizers confirmed that the event would go on as planned.

“We have had a lot of inquiries about these topics [pneumonia and war], but so far only one company from Japan has pulled out,” said Katy Lam, general manager of Messe Frankfurt HK, which organizes the event.

Lam acknowledged that she is expecting a drop in the number of visitors, particularly those from the US and Europe. “But the buying activity should be fine. So many companies have representative offices in Hong Kong and I don’t think they will skip coming,” she said, adding 290 companies are expected to participate in the fair.

In the meantime, other Hong Kong events are suffering. Joyce Beauty, a division of Joyce Boutique Holdings, recently postponed indefinitely a garden party that was to serve as a launch of two Annick Goutal fragrances. Camille Goutal elected not to travel here, citing “the epidemic in Hong Kong and the outbreak of war,” according to Joyce spokeswoman Sandy To.

Similarly, New York-based skin care line Mario Badescu is set to launch its first-ever counter in Asia at Seibu in Hong Kong next week. The festivities, however, may be dampened as the U.S. principals have yet to confirm their attendance.

As for local retailers, Valerie Chow, marketing services planner for Pedder Group, said the pneumonia outbreak is having a greater negative effect than the war in Iraq. The company manages 26,000 square feet of retail space in Asia, including the footwear and accessories floors of high-end specialty store Lane Crawford, freestanding Sergio Rossi and Bruno Magli boutiques, and the multibrand On Pedder stores.

“Not to belittle the war, but here pneumonia is really the issue. People in Hong Kong are being affected and they are a bit scared. They stay home unless they need to go out. The war is scary and it’s sad, but when it comes to retail in Hong Kong, it’s more the fear of pneumonia that’s having an effect,” Chow said, noting that her stores depend on local customers and tourists from mainland China.

On Pedder will open a 5,000-square-foot retail space next weekend and to mark the occasion, Chow is arranging visits by such footwear stars as Christian Louboutin and Walter Steiger. She said that both events are slated to go ahead as planned. “They may not have a red carpet for the Oscars, but we’re literally rolling one out,” she said of Steiger’s appearance.

In a speech to the tourism trade, Hong Kong’s Commissioner for Tourism Eva Cheng said: “These are trying times indeed for the tourism industry. There is no doubt that the Gulf War and the global issue of atypical pneumonia are affecting tourism worldwide and here in Hong Kong….I hope the negative effects, at the end of the day, will be short lived.”

Indeed, Cheng has to hope that things improve dramatically soon. As it stands, last week’s Hong Kong International Literary Festival had to go on despite the withdrawal of more than seven authors. Also, next weekend’s Rugby Sevens tournament — an annual event that draws crowds of 40,000 — will have to go forth without teams from Italy and France for the first time. But the biggest question of all remains: Will the Rolling Stones, set to arrive on Thursday, show up in Hong Kong? So far, indications are that Mick Jagger and the band will be here — although they, like many Hong Kongers, may be wearing surgical masks when they take the stage.