A report from last month’s International Fashion Fabric Exhibition, where much of the talk focused on fending off price competition. 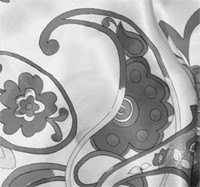 NEW YORK — Much of the talk at last month’s International Fashion Fabric Exhibition focused on fending off price competition.

Domestic converters and importers said they were responding to lower-priced competitors by developing novelty fabrics and increasing the service aspects of their businesses.

Offering full-package garment production, introducing new fabrics and negotiating things such as terms of payment were some of the ways executives said they were becoming more service oriented.

IFFE took place Oct. 14-16 at the Jacob K. Javits Center in Manhattan while I-TexStyle, a show sponsored by the Italian Trade Commission featuring mills from Italy’s Prato region, ran alongside IFFE Oct. 15-16 in a separate pavilion.

Although Italian mills typically feature more expensive fabrics than importers that primarily source from Asia, executives said the continued strength of the euro compared with the dollar made the higher prices seem more pronounced.

“Italy is great for ideas, but because of the euro and cost competition from China, it can be difficult to buy,” said Bernard Holtzman, president and chief executive officer of Harvé Benard. “Everyone just looks for price and the stores don’t give you increases. But they want [merchandise] to look good. You can buy expensive fabrics for the high-end market, but the high-end isn’t big volume.”

Despite that, Holtzman said he placed a sizeable order with a mill at I-TexStyle.

At IFFE, Ben Paniri, president of Ben-Tex — which showed tweeds with colorful chenille and mohair effects — said, “Novelty creates excitement. It’s just not as inspiring to create something from a plain fabric today.”

“Novelty makes things fresh,” Shapiro said. “It’s hard to compete with all the mass merchants out there and novelty is what makes our line different.”

“The strong pastels, or sherbet colors, are doing well for us,” said Howard Klein, chief financial officer of Impala.

Rottman also said their selections of geometrics in tweed-like textures were doing well.

At Manteco, supervising manager Matteo Mantellassi said that while bright colors have been strong in Europe for some time, it was finally being more widely accepted by U.S. buyers. Bold, textural houndstooths in bright colors such as orange were among the highlights at Manteco for the new season.

Tessitura di Crevacuore also focused on color. Selections there included geometric patterning on wool, a black-and- white patchwork look on an acrylic blend and a multicolored large-scale plaid on a wool blend.