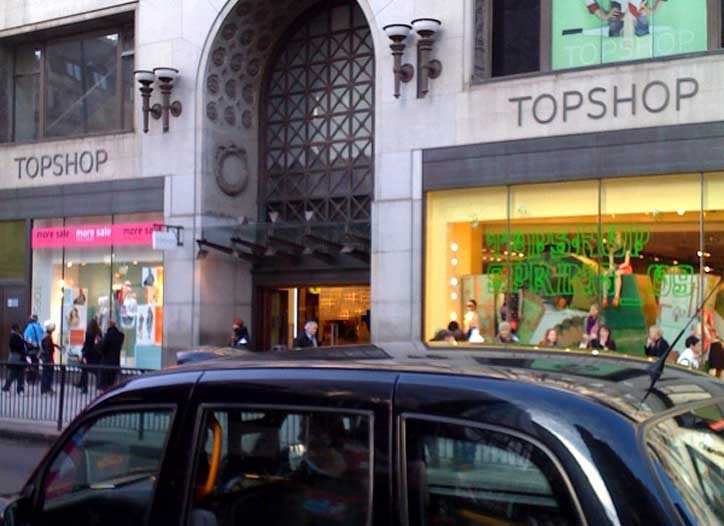 Londoners are marching into spring with all the bravery and derring-do they can muster in these uncertain times.

Even before Alexander McQueen, one of this city’s brightest fashion stars, took his life on Feb. 11, the mood was muted and low-key, and his death will only enhance that feeling during London Fashion Week, which kicked off Friday and runs through Tuesday. With unemployment at about 8 percent — 2 percent higher than last year — people are toiling harder than ever and are only just beginning to look forward to better times.

“We’re busy and we’ve been working our butts off, but we’re excited and inspired,” said Stella McCartney during a walk-through of her latest GapKids collection earlier this month. “We’re like the Americans: We don’t like to hang around in an atmosphere of negativity. We’re moving on.”

Guy Salter, deputy chairman of Walpole, which represents and promotes the British luxury industry, would agree. “I think there’s a general uncertainty and worry among businesses right now, but overall, I think the feeling is, ‘If we’ve survived the past year, we’re not going to lose our nerve now.’ I think on a macro level, there is a quiet optimism about the future overall.”

Eric Musgrave, director general designate of the U.K. Fashion and Textile Association, said he’s expecting “a tough year” for everybody. “But I don’t see it being a bloodbath.”

So far, the economic signals are mixed: Total sales on the U.K. high street in the week to Feb. 14 rose 6.7 percent year-on-year, with fashion increasing nearly 10 percent. According to BDO, a worldwide network of accounting firms that tracks sales on a weekly basis, consumers are looking forward to spring, and women’s wear has been selling particularly well.

Meanwhile, in January, the rate of business failures in the U.K. fell to its lowest point since 2007, according to Experian, the global credit information group. Banks and financial institutions in the city of London are leasing commercial floor space at breakneck speed, according to real estate agents here, a signal that, despite a string of new taxes expected for later this year — and fewer incentives to big businesses — there’s still confidence in London as a financial center.

The weak pound — it’s now worth about $1.54 against the dollar — is making exports cheaper, which is great news for British designers and their American wholesale clients. It’s also a boon for tourists — in particular, continental Europeans and the Chinese — who have been crowding stores from Louis Vuitton to Topshop; snapping up prime real estate in South Kensington and Chelsea, and packing West End theaters and restaurants.

“You can’t get tickets to the big shows for love or money, and it’s impossible to get a table in Scott’s, The Wolseley or Cipriani unless you book far in advance. Credit crunch — what credit crunch?” said Lucy O’Donnell, founder of the boutique food brand Lovedean Granola, who lives between London and her country home in West Sussex.

Tourists and Londoners alike are flocking to plays — especially “Jerusalem,” “Enron,” “Six Degrees of Separation” and the long-running hit “War Horse” — and to museums and galleries including Tate Modern, which has a major show of De Stijl art, and Gagosian Gallery, which recently opened the group show “Crash,” with work from artists including Francis Bacon, Salvador Dalí, J.G. Ballard and Jake and Dinos Chapman.

Meanwhile, London’s art world is on fire. Earlier this month, Giacometti’s life-size bronze, “L’homme qui marche I,” sold for 65 million pounds, or $100 million, becoming the most expensive work of art ever to leave an auction block. Chris Ofili, whose paintings are on show at Tate Britain, made headlines when “Salzau,” his small watercolor, sold at auction for 20,000 pounds, or $30,800, four times its estimate. In one week earlier this month, Sotheby’s, Christie’s and Phillips de Pury & Co. rang up 124.3 million pounds, or $191.4 million, in sales, three times more than the same period last year. The world’s very wealthy are clearly looking for a safe parking spot for their megabucks.

But the news isn’t all good. While the tourists gorge on boiled eggs, smoked kippers and Bloody Marys in their luxury hotels, and the wealthy fill up on art at Sotheby’s and Christie’s, most Londoners are still looking at a bumpy road ahead: The British government already has restored value-added tax to its former level of 17.5 percent from a temporary decrease last year to 15 percent, and a further hike to 20 percent is set for later this year. Whomever wins the upcoming general election in the spring — and it will most likely be the Conservative Party — will have to raise taxes, cut government spending and lay off public sector employees in an attempt to plug the government’s 86.9 billion pound, or $134 billion, deficit.

And while the rich might be luxuriating in all that London has to offer, it’s better to be a tourist than a wealthy resident. Later this year, the government will enact a 50 percent tax rate for those who earn more than 150,000 pounds, or $230,000 — the top 1 percent of taxpayers — while bonus payments in the financial district of the city are being slapped with a 50 percent levy.

“The bonus has become rather like the equivalent of the four-letter word. The ladies of SW1, SW3, SW7 and SW10 no longer boast and talk about shopping,” said O’Donnell, referring to some of the most posh neighborhood zip codes in London. “Instead, they compete on all the bargains they have hunted down. They are making a virtue of how much they can save.”

In the midst of it all, London’s fashion crowd is coping with the shocking loss of McQueen, a man who appeared so bullish — and brave — about the future. The British Fashion Council has mounted a tribute to the late designer, by which people can write a note to McQueen and pin it on a wall at the show venue.

The man who put British fashion on the global map has never really been replaced in London by the scores of young designers showing during the week, although the BFC has managed to lure back one of the capital’s other big names: Burberry, which shows Tuesday night and is live-streaming the event — in 3-D, no less.

Yet McQueen seemed to recognize that sooner or later the London scene might generate another designer like him — as long as he or she had his forceful attitude. Last spring, when the credit crisis was gaining momentum, he told WWD: “You need to be strong in these times.…You’ve got to put away the dead wood and plant new trees.”

McCartney, for one, lauds his courage: “Nobody had the balls he had,” she said. “He was fearless. He never played it safe.”