An Atelier Finds Its Way in Downtown Los Angeles 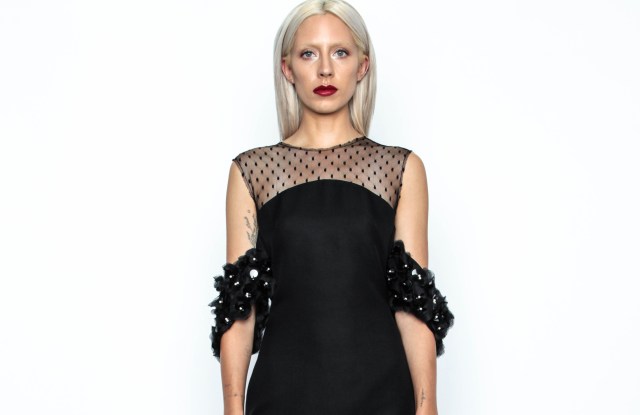 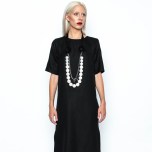 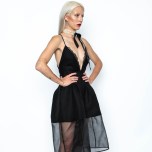 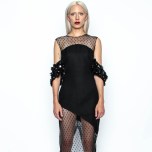 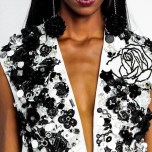 Atelier Donato keeps its studio in the bustling Historic Core of downtown Los Angeles with an offering different from many of the brands in showrooms just blocks away.

The company, started by longtime friends and roommates Randi Donato and Ralph Prado, is a couture eveningwear company that recently launched its first collection and this week rolled out a more affordable — though still limited-edition — offering it’s calling its Little Black Dress series.

The designers’ debut collection is dramatic and pragmatic at once, with ties and zippers that allow for some garments to be worn several ways. They bill themselves modern-day bespoke tailors for the romantic eccentric, priding themselves on upcycling in an age of fast fashion.

Donato began as a seamstress at the L.A. Opera House, later moving on to work with Colleen Atwood on several movies, including Tim Burton’s “Alice in Wonderland” and “The Hunger Games.” Meanwhile, Prado comes from a background in leather goods and handbags at the Los Angeles brand Luccol and before that, interned for eveningwear designer and “Project Runway” season four finalist Rami Kashou.

“Not a lot of people who come from design school want to work as a seamstress, but I [said] why not?” Donato said. “I take pride in that because I wanted to learn and we wanted to learn from these people who have been doing traditional dress-making. I definitely have to say that was the best experience I’ve worked in the industry, really learning the ends of garment-making.”

It’s that craft that’s being infused in Atelier Donato and also the business’ approach to upcycling.

The two use leftover material or last bolt fabric to create one-of-a-kind pieces, with about 80 percent of the pieces done by hand.

“It’s a little challenging especially here in Los Angeles, there’s such a niche and an idea that everything is just going to be mass-produced, but we want to stay away from that and focus on something much more artistic,” Prado said.

The two, who met at the Fashion Institute of Design & Merchandising, said they’ve poured over archives and costumes, carefully researching dressmaking so that they could modernize through their label.

Donato and Prado spent roughly five months sourcing fabric for the first collection, finding an Italian silk organza, English houndstooth wool and Parisian laces. Embellishments such as zippers and other notions, even down to a vintage pendant from Donato’s own childhood, were incorporated. Leftover scraps of fabric were used to create flowers, also used as embellishments for dresses. The result are plays on masculine and feminine in a tuxedo-style dress or culottes-style skirt accessorized with hand-beading or lace work on garments taking hundreds of hours to complete.

“It’s more personal this way,” Prado said. “For a brand, this shows who we are and what we’re capable of doing.”

Atelier Donato is all custom and made-to-order, with the two designers largely working with stylists and brides on special requests. And much of the work is done by hand by them, with an intern providing some assistance.

Still, the two are being strategic when it comes to running a business with a more affordable line of little black dresses — with their spin on it — that just launched direct-to-consumer through their online shop. The LBDs, in keeping with their desire to keep Atelier Donato bespoke, are done in small-batch, limited-edition runs with the dresses starting at $400 for a slip.

Each piece in the series draws inspiration from the current collection and will continue to do so moving forward, the two designers said.

“The LBD is timeless,” Prado said, “but we wanted to add a little more fun to it to wear.”