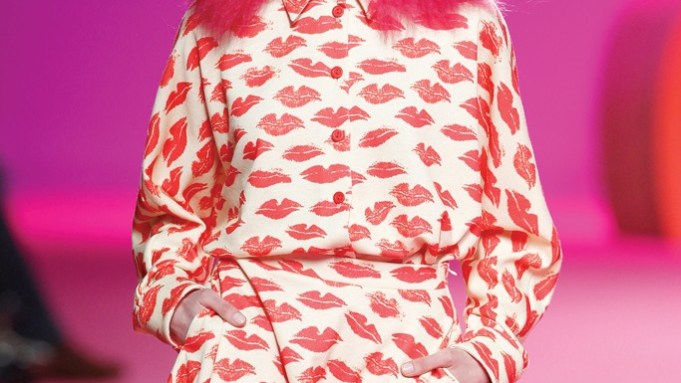 The second edition of Momad Metropolis, which ran for the first time in tandem with Mercedes-Benz Fashion Week Madrid, drew 21,112 visitors, up 21 percent over September’s inaugural edition, according to preliminary figures released by fair organizers.

Vendors were pleased with the multisector format. “I heard there was a 25 percent increase in foot traffic on the show’s first day,” said Carolina Gomez de Zamora, codirector of Gant Lifestyle España, a first-time participant. “But our objective isn’t orders; we’re here to take the brand closer to the market and our clients.”

“The fair is very good, unexpectedly so because European countries are in crisis. And it’s very crowded. We don’t have enough sales girls and we brought 12,” said Yvette Derhy, founder and owner of Derhy, a contemporary apparel producer based in Paris. With its vast range of coats, dresses, separates and knitwear, the label sold 50 percent more merchandise on Day One than the previous edition, she confirmed. Bestsellers — at an average wholesale price of 40 euros, or $55 at current exchange — were tapestry sweatshirts, fitted below-the-knee dresses in bold florals and a wool sweater dress mixed with wovens and lace.

Not everyone was so positive, however. Veteran e-tailer Laura Schumacher, shopping for her Alicante, Spain-based Espadrillesetc.com Web site, said, “Momad has no point of view and no identity. Usually, you go to a trade fair with an idea of what you’re going to find, but here I’m not sure what they’re trying to say.”

Meanwhile, at the 59th edition of Madrid Fashion Week, which ran Feb. 14 to 18, fur was flying — in the literal sense— black was the new black and in general, venerable designers took a back seat to newer faces.

In his first solo show, Roberto Etxeberría opened “Midwinter Men” with a black opera-style cape in Mongolian lamb and a black astrakhan overcoat on mature men who weren’t models. “Volume takes inspiration from the Twenties and retro British tailoring,” explained the Barcelona-based designer.

Silhouettes were waist-conscious and snug at the knee with a stronger shoulder and hip through Japanese sleeves and a double-pleat with a zip or seam. Exclusive fabrics, including felt and wool, were paired with leather, rabbit or fox “and obviously similar characteristics apply to the women’s line,” he added.

International accounts for the Etxeberría label include such high-profile stores as L’Eclaireur in Paris and Oak and Atrium in New York City.

Catalan designer Teresa Helbig referenced Babe Paley and Truman Capote’s society “swans” with a ladylike grouping of rompers, short fur-trimmed dresses and floor-length black crepe gowns with a geometric print and hand-sewn signature gold studs. Helbig, whose business is based on custom-made, said she continues to test export waters in the Middle East and Russia with an online initiative expected to launch later this year.

With one of Fashion Week’s most energetic shows, Ana Locking’s ode to Americana was seen through a make-believe trip from coast to coast.  “American Landscape” bristled with updated cowboy styling and casual Western-inspired separates, a zippered coat in sky blue, unconventional sweatshirts, tethered or cropped pants and cowhide prints, with fewer dresses than usual. Colors were woodsy green, red, ochre and brown all mixed up with unexpected print and fabric combos like cotton Lurex tweed, double-faced Neoprene and denim.

Roberto Verino went commercial with what he called “retro-chic,” meaning a slew of three-quarter coats, shift dresses under short boxy jackets and two-piece suits in rich textured tweeds laced with shine and glitter in a nod to the Fifties and Audrey Hepburn in “Breakfast at Tiffany’s.” Hats were the shape of an upside-down flower pot, and for night it was black and bling.

Agatha Ruiz de la Prada has upwards of 50 licenses and filled the runway with fragrances, motorcycle helmets, mobile phone and iPad covers, kiddie clothes, back-to-school items, and her latest hook-up, scented house paint. As for the show, it was top-to-toe Agatha, from big-hair wigs in strawberry pink to see-through footwear on a pink lacquer wedge, and in between, signature heart motifs, flowers, stars and clouds in fuchsia, citrus shades, blue and green.  There was some oversize shaping, separates in mix-and-match prints, long huggy dresses and coordinated totes. The Madrid-based designer was fresh off a plane from Lima, Peru, where she inaugurated a 50-piece retrospective.

With her bridge line AA, e-tailer (she has no freestanding stores) Amaya Arzuaga took capes and capelet treatments as her starting point for a streamlined series of coats and dresses with a stronger shoulder and signature volume plays in high-tech fabrics and leather, in black and camel. The only Spaniard to show in Paris, she’ll present her primary line March 3, during Semaine des Créatures, at the Palais de Tokyo.