"It’s a home for everybody, where you can repaint your past in vibrant color and be brave…and in the future maybe would make your own avatar, and be able to express yourself in a different way even if you are not there in real life yet," designer August Getty said of the VR potential.

A studio sketch of an August Getty look that will be featured in the Tinitus world.

August Getty’s couture is going virtual with the help of a new digital fashion shop, the Institute of Digital Fashion in London.

Created by Leanne Elliott Young, founder of creative hub CommuneEast, and Cattytay, founder of the Digi-Gxl network of women, trans and nonbinary 3-D artists, the company aims to animate the tactile vision and creativity of designers with AR and VR, while thinking about ways to push inclusivity, diversity and sustainability in fashion.

Their first high-profile client is the Los Angeles-based designer, whose eveningwear has been worn by sister-in-law Gigi Gorgeous, as well as by Kim Kardashian West, Paris Hilton, Miley Cyrus and Katy Perry.

Cattytay and her “digital atelier” are building an online world called ‘Tinitus,’ similar to a gaming world, in which Getty will debut his new collections.

“I have always had a love/hate relationship with fashion shows and presentations because it’s been difficult to get my vision the way I want you to see it,” said Getty, who has shown his collections during couture week in Paris. “This way, I have no limits on my creativity. I can create anything I want, and outreach to so many more people. I want people in all walks of life — in music, art and in tech.”

The 26-year-old designer, great grandson of oil tycoon John Paul Getty, has committed to an ongoing relationship with the Institute. And he’s not the only Hollywood type interested. Young said Elon Musk and Grimes reached out via Instagram for creative work on her next music video, and could be joining the company’s board. Among the services the Institute is offering are digital fashion shows, digital humans, digital showrooms, digital stores and digital worlds. 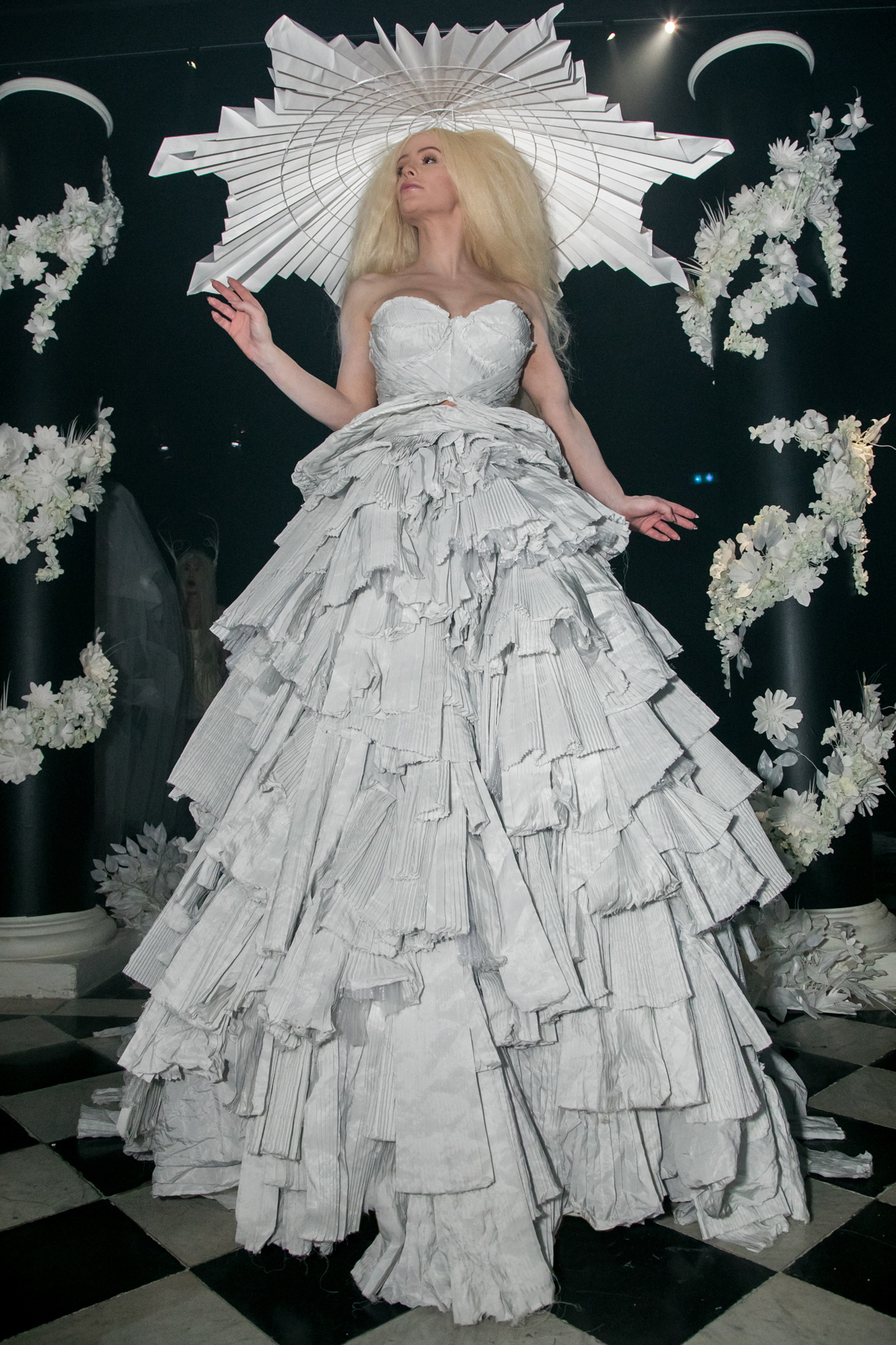 Tinitus, a reference to tinnitus, or ringing in the ear, underscores the world’s musical component, for which Getty will contribute vocals. “I’ve been loving the music collaborations with Fortnite,” he said of one of his inspirations for the project, which will be teased with six drops on social media culminating in the release of a film introducing his otherworldly landscape, which includes a mercury river and references to contemporary and performance art.

“It’s a home for everybody, where you can repaint your past in vibrant color and be brave. The inhabitants of Tinitus, they are all races, all genders, and all sexual orientations, not discounting anyone of any shape or size. And in future maybe would make your own avatar, and be able to express yourself in a different way even if you are not there in real life yet,” Getty said of the VR potential.

Each style of clothing introduced will be made in muslin, and its replica digitized, and collections will continue to coexist in the world, he said, and not be released on a seasonal schedule. The world is meant to promote his physical couture collection, which is made to order at his Los Angeles atelier.

The amount of work that goes into digitizing clothing is one hurdle Young is hoping her Institute of Digital Fashion can educate the industry about, as more brands push into the realm of digital filmmaking, AR and VR in the time of the pandemic. “The biggest idea to demystify is that this is pushbutton, and that building 3-D models and avatars is a quick fix — or cheaper than if you build a show,” said the future mapper, who has done work for Selfridges, Rick Owens, Off-White and the British Fashion Council. “We want to highlight the craft and art involved. August’s work is intricate, sensitive and eloquent, and we’re mirroring that with our work in the digital atelier.”

She noted that the team’s work with Clo3D software is particularly interesting in the context of inclusion. “Cattytay looks at different ways that if you remove the body, and let flesh inhabit garment, you can see more about the fabric. What we’re doing with August is we have a group of makers who are breaking the mold of how to deliver a digital experience. It feels like a new possibility of what fashion can achieve.”