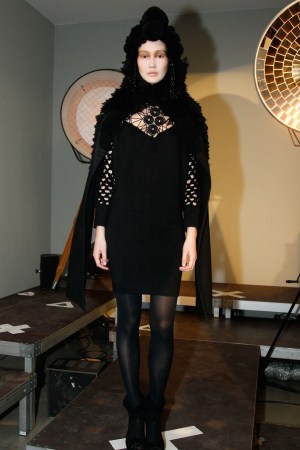 All-black looks were encrusted with beads and combined crochet with polka dot sheers and delicate lace, demonstrating the edgy hand-crafted look the designers have made their own. A cardigan looked simple from the front but its back revealed a gossamer honeycombed detail framed by ornate toothed trim.

While admitting this season’s more wearable looks were a strategy survival, Augustin insisted, “I don’t feel like we’ve been making a compromise.”