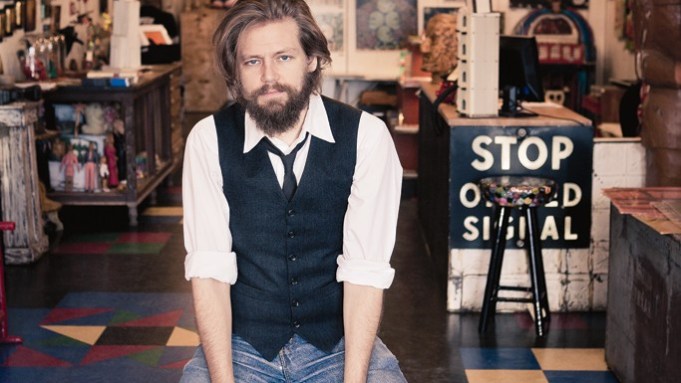 Five denizens from the LoneStar State capital offer their own takes on Texas style, with advice on where to kick back, chow down or shop for the ultimate cowboy boots.

When he was growing up in Texas, independent filmmaker Geoff Marslett was inspired by movies like
The Good, the Bad and the Ugly. Yet he likens his directorial style to that of Hal Hartley or Jim Jarmusch — and his first feature, Mars, was an animated movie released in 2010 by Swerve Pictures.

Marslett, who teaches animation at the University of Texas, favors a “nerdy cowboy” sartorial style, a look distinguished by bolo ties and “snappy” Western shirts. He makes a point to look for hats and vintage treasures when he travels overseas to show his films, and when it comes to collecting, his watchwords are “unique, weird and old.”

Western wear and cowboy boots. “I am still a sucker for jeans and shirts from Sheplers. They also do good hat work: reshaping, sizing, etc.”

Serious diner food made with fresh ingredients. Menu highlights include polenta- battered oysters, burgers and crab cakes. “I dine out for every meal, because I don’t like to cook for myself. For casual dining, I really like Counter Café.”

WHERE TO RELAX: The Alamo Drafthouse, with several Austin locations.

Drinks, dinner, movies and events, all under one roof. “Always a good bet.”

A locally owned café specializing in high-quality direct-trade coffee and fine craft beers. “I think I pre-produced my entire last feature from the Thunderbird.”

WHERE TO BRING A DATE: Yard Dog, 1510 South Congress Avenue.

An eclectic art gallery. “The art has a funky edge and is folksy and strange.”

An Austin native, Evan Voyles studied English at Yale, then considered turning to law. Yet somehow he became a self-described drifter, feeling most at home on the road, behind the wheel of his Land Cruiser.

Still, he was a man with a mission. After spending $1 on a pair of boots for his sister, he began buying up cowboy boots all over the Southwest. “We used to round them up in Texas, New Mexico and Oklahoma, and drive them to California and the East Coast,” he recalls, noting that a $4 pair would sell on Melrose for $125.

After collectors had “hunted the herd to death,” Voyles switched to vintage neon signs, which led him to his current profession. As owner of The Neon Jungle, he now designs award-winning signs seen throughout Austin. But his personal style — Voyles calls it “Native American meets rodeo, both of which are in my bloodstream” — remains unchanged. “To me, authenticity creates style,” he says. “That’s what Austin exports to the world.”

The emphasis is on local ingredients, and the menu changes nightly. “We go tribal,” says the sign- maker, who favors his friends’ restaurants and bars.

Named for the patron saint of music and poetry. Don’t miss Voyles’ neon “Soul” sign in the pool area.

The atelier and showroom where designs by his wife, Gail Chovan, are shown and sold. “It’s like sitting inside Gail’s brain here.”

WHERE TO BRING A DATE: East Side Show Room, 1100 East Sixth Street.

A rustic French restaurant with soul-food flair and “vintage” cocktails.

Although his original ambition was to become a soccer player, Sean Powell says music always “had a profound effect on my being.” As a child growing up in Nebraska, he enjoyed listening to his mother play Black Sabbath and Led Zeppelin on her accordion. These days he plays drums in three Austin bands, including the irreverent punk-metal group unprintably named the F—emos.

He also has a passion for finding unusual — ideally vibrant and colorful — vintage clothing, which he either wears or sells at Fresh Up, a store he co-owns, which is located in a funky neighborhood near the University of Texas. “The holy grail for me is vintage Sixties and Seventies tennis shoes,” says Powell, who describes his own hybrid style as “rodeo clown, thrift store.”

When he’s not at band practice, scouting thrift stores or hanging at coffee shops, the heavily inked drummer may be found at a local tattoo parlor. Powell says his next tattoo will pay tribute to his favorite actor: Dom DeLuise.

A vintage treasure trove. “They have bins of clothes that you have to dig through.”

Old-fashioned burgers served in white waxed paper with classic milkshakes and malts. “They have really good, inexpensive burgers and a comfy small-town vibe.”

“Very mellow and a nice place for people-watching.”

WHERE TO BRING A DATE: Justine’s, 4710 East Fifth Street.

A French bistro known for its handcrafted cocktails and hipster crowd. Pierre, the owner, plays his extensive collection of vinyl records. “Great food and music.”

Nils Juul-Hansen — also known as the Dapper Dane — moved to Los Angeles from his natie Copenhagen at the age of 22 with the idea of becoming an actor. But he soon found another way to pay the rent: photographing actors who needed head shots. Then, after marrying a Texan, he moved to Austin, where he now produces web videos for corporate clients and is writing a book about “the games husbands and wives play.”

A specialist in men’s boots — classics with a twist — that are designed in Austin and handmade in Istanbul, using leather from Holland and Australia and soles from Italy and France. “These boots speak to me….They have an artistic vibe and craftsmanship that we Danes recognize.”

Interior Mexican cuisine. “The menu has real depth. Over the years, I’ve probably eaten in the vicinity of 150 to 200 meals there, and I’m always excited to go back.”

A 351-acre park in the heart of Austin. “I go swimming in the natural springs year-round with a temperature of 68 degrees. Also, I’ll play pickup soccer with an international set of really good soccer players that somehow all ended up in Austin.”

A great place to stop for an espresso, this is the Dapper Dane’s favorite of several Austin locations. “Provides fantastic conversation opportunities and a superb coffee experience.”

A dive bar with a noteworthy jukebox and a food trailer, East Side King, on the patio. It’s the brainchild of Uchiko executive chef Paul Qui and offers such delicacies as pork belly and cucumber kimchi on steamed buns. “The best trailer food.”

Adam Weisberg attributes his interest in fashion to his impeccably dressed father, whose wardrobe Adam would sometimes raid. After that exposure to his dad’s custom suits, Weisberg never looked back. The Phoenix native went on to develop his own look, favoring clean, contemporary styles in muted colors.

He moved to St. Thomas post-college to avoid becoming a mortgage broker, and today he’s an entrepreneur with four Japanese-inspired restaurants called Zen. But the name doesn’t refer to the restaurants’ owner. Weisberg’s drive is evident both at work and on the beach, where he excels at two-man volleyball. His taste for fashion may come from his father, but he inherited his competitive streak from his mother, a four-time world champion bridge player.

An expansive women’s and men’s selection including shoes, sunglasses, jewelry and leather goods. “It’s the only store I can find with these unique items and brands.”

Critically acclaimed Japanese cuisine. “The most unique combinations of flavors I’ve experienced. They raised the bar in Austin.”

A leash-free zone. “This lush island preserve right outside of downtown Austin is just for dogs to play, and for the owners to relax.”

This bungalow-style hotel is Austin’s original scenester hangout. “A great place to kick back, drink some sangria and play chess.”

WHERE TO BRING A DATE: Perla’s, 1400 South Congress Avenue.

Seafood and oyster bar with an amiable atmosphere. “Terrific seafood—and I love the patio.”