It’s a space race in Australia as successful trade fairs look to expand. 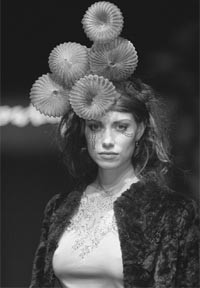 In spite of a surging dollar, the Reserve Bank of Australia’s threat to further raise interest rates and the fact that three-quarters of the country is still drought stricken, it seems there’s no shortage of exhibitors at Australian trade fairs — just a lack of available space to accommodate them.

Melbourne Exhibition and Convention Centre has just acquired another 16,400 square feet and is looking to acquire more. June 2004 will see the opening of a new exhibition center on the NSW Gold Coast, and in August 2004, the Perth Convention and Exhibition Centre debuts.

All the new square footage will be welcomed for organizers like Australian Exhibitions & Conferences, whose biannual midmarket show, Fashion Exposed, to be held this year at the Melbourne Exhibition and Convention Centre, is growing rapidly. According to Fashion Exposed project manager Tammy Walshe, 80 percent of the March 2004 show is already allocated, with an extra 2,624 square feet of space added on since the September show to accommodate the anticipated 350 to 400 exhibitors. Walshe says she is expecting 8,000 retailers to attend the March event — an 8 percent increase over September 2003.

Concurrent to the March 2004 Fashion Exposed will be a new satellite event launched by AEC: a mid- to high-end fashion show called Preview. Occupying its own 4,920 square feet of space right next to Fashion Exposed, Preview will showcase 50 to 70 yet-to-be-announced labels in mainly trade show stands, but with the possibility of runway shows, as well. Right now, AEC plans to target Australian, New Zealand and Pacific boutique retailers, but Walshe says there’s a possibility internationals may be targeted in seasons to come. In March 2005, the event also will move with Fashion Exposed to the larger exhibition spaces under construction in Sydney. Pending which labels sign up for the event, this could ostensibly put Preview in direct competition with Mercedes Australian Fashion Week.

“We don’t see ourselves as crossing over. MAFW is not a trade show, it’s not a trade environment,” claimed Walshe. “[Preview] doesn’t have all the fluff and glamour, but certainly for the business end, it’s extremely worthwhile.”

But the organizers of MAFW might disagree with this statement. The runway program was a little light at the second MAFW autumn-winter shows in Melbourne this month, with a number of installations replacing traditional runway shows. However, its trade fair, The Source, was certainly busier, with 55 stands compared with 35 in 2002, the most notable additions being a half-dozen international exhibitors who had trekked out from New Zealand, Singapore, Hong Kong and London. Currently in negotiations with exhibitors and trade organizations from Singapore, India, Thailand and Hong Kong, MAFW organizers say they are confident of quadrupling that international exhibitor tally for the spring-summer shows in Sydney next May, which will be held at the Overseas Passenger Terminal on Sydney Harbour.

“I want to target an overseas market and I chose Australia first because of its proximity and also because MAFW is gaining an international reputation,” said Singaporean designer Jo Soh, who set up her own designer streetwear label, Hansel, one year ago. But while Soh might design and make her label at home, she’s planning to show it in Australia twice a year from now on. Soh added, “They [MAFW] do get good buyers — much better than the ones who come to Singapore and probably because Australia has stronger ties to Europe.”

Betty Fong and Wayne Homschek say the best place to show their Paablo Nevada women’s designer label is Tranoi Paris, where they exhibit twice a year. However, doing full-scale runway productions offshore would be prohibitively expensive for the pair. Therefore, they staged one show at MAFW, generating plenty of publicity to take to Tranoi. To date, Fong and Homschek have shown their diffusion line, PUPP, only at MAFW’s Source.

“Doing a stand at Tranoi is a hundred times better than doing a stand at Federation Square, because of all the retailers we’re exposed to over there,” conceded Fong. “But we still want to support MAFW in one way or another. [This season], we saw more internationals than we normally do so it was quite a good week for us.”

American Rag’s Mark Werts was one of the internationals who saw Fong and Homschek but didn’t buy because he found their prices too high after shipping costs, says Werts. Werts did, however, find plenty of other resources — 15 to be precise — almost doubling his budget at the fall-winter show from what he spent at the spring-summer show.

While MAFW may be attracting business from emerging fashion trade shows in Asia, the Australian trade fair sector itself is seeing continued consolidation. Although high on media profile, MAFW organizer Australian Fashion Innovators is a small player in the grander exhibition scheme, where the four biggest names are Reed Exhibitions, Australian Exhibition Services, Daily Mail Group and Exhibitions and Trade Fairs.

The biggest, Reed, has had a robust 2003. According to Reed Exhibitions Australia managing director Dan Londero, Reed’s 2003 business is up approximately 30 percent in revenues. Londero puts that down to 10 percent annual growth across its Reed Gift Trade Fairs, whose fashion accessories and fashion jewelry components continue to grow each season; the company’s two-year-old Melbourne Fine Jewellery Fair, as well as new acquisitions like Sydney’s International Beauty Expo. Purchased by Reed in December 2002, the Beauty Expo now is being rolled out to Melbourne in March 2004, bumping the existing Melbourne Beauty Expo that had previously been organized each May by an independent called Eventuate. “That’s life,” Eventuate creative director Naomi Toohey explained.

“The big are definitely getting bigger,” noted Bryan Humphris, the executive chairman of ETF and new president of the Exhibition and Events Association of Australia. “You’ll never get rid of the small entrepreneur coming up — like [MAFW’s Simon] Lock — so you’ll always have a new show appearing. But the middle-sized company is having trouble purchasing events; they don’t have the global muscle. If I was sitting in the middle, I’d be a bit worried.”