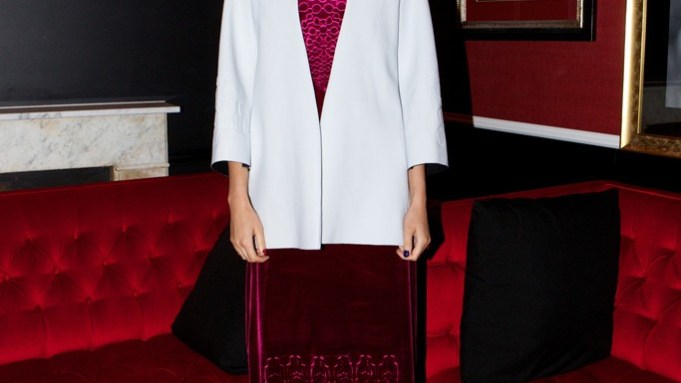 SYDNEY — “I believe in internships, and I will always believe in them,” said Malcolm Carfrae at the fifth annual Australian Fashion Foundation party in Sydney on Wednesday — unfazed by the recent U.S. internship controversy.

Back in his hometown for Christmas and to announce the 2014 recipients of the foundation’s fashion internship grant — which the Calvin Klein Inc. executive vice president of global communications cofounded in 2009 to help young Australians gain international fashion experience — Carfrae announced joint winners, designer Talisa Trantino and creative director-stylist-photographer Amie Jones.

Recent graduates of RMIT and the Whitehouse Institute of Design, respectively, the two have each won 20,000 Australian dollars, or $17,852 at current exchange, and six-month internships in New York or Europe. Hannah Canham was named runner-up.

Popular on the Paris-Milan men’s wear show circuit and hot off their recent television debut on Australia’s “Dancing With the Stars,” the Stenmark brothers, who are both former athletes, told WWD they have just been cast as basemen in “Diamonds Down Under” — the Brett Leonard-helmed film that charts the Australian Baseball League’s first season in 1989 and stars Jack Thompson, Nicky Whelan and Casey Bond. Shooting commences in Sydney in February.

Carfrae said he continues to personally recruit at least six interns every college semester for Calvin Klein’s public relations division alone — in many cases leading to paid jobs within the company.

“Because we know them, we’ve worked with them; we know there aren’t going to be any nasty surprises” said Carfrae. “I think it’s a wonderful way for people in this really difficult job market to get the right kind of experience to put on their résumés.”