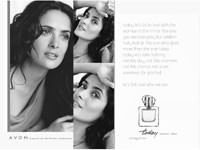 NEW YORK — With 118 years of practice, Avon Products Inc. has demonstrated an aptitude for reinventing itself.

Changes enacted over the past four years are being credited for last week’s noteworthy financial report — in which Avon’s first-quarter earnings increased 49.7 percent over the year-ago period, and yearlong projections were revised upward.

The increased focus on a sales-leadership program for associates, a shift to make beauty categories a bigger percentage of sales and the launch of Mark, a brand for young women, all helped strengthen the performance of the world’s largest direct-selling beauty company.

Avon executives are now fine-tuning a slate of initiatives for the fourth quarter, including the relaunch of the Avon Color cosmetics line, a redesign of the sales brochure and the introduction of a promotional and advertising campaign starring actress Salma Hayek, to keep its marketing fresh.

William Susetka, president of global marketing at Avon, said emphasis remains on global growth, increasing the share of beauty sales, and the expansion of the sales-leadership model to markets beyond the U.S., starting with the U.K. “The concept of leadership gives representatives more earnings opportunities,” noted Susetka. Of the 650,000 U.S. reps, 380,000 are now in leadership roles. The model gives representatives a financial incentive to recruit and train other representatives. “Our reps are recruiting other reps for us to have more coverage of our products,” he added.

Avon, which also sells jewelry and clothing, has been heavily developing its dominant beauty segments, because “there are more loyal customers in beauty and it is a category that does well in a service model,” explained Susetka.

In 2003, Avon’s net sales rose 10 percent to $6.8 billion, with beauty outpacing total growth at 15 percent. From 61 percent some four years ago, beauty now accounts for 67 percent of sales, or $4.5 billion, noted Susetka. In the first quarter of 2004, net sales grew 19 percent to $1.75 billion, with beauty categories up 23 percent. “A big driver has been skin care,” noted Susetka. Avon, he added, is the second-best selling skin care brand in the U.S. after Procter & Gamble’s Olay. He suggested that a new R&D facility in Suffern, N.Y., that will be operational in 2005 and is on the site of the original plant opened in 1897, will help keep Avon competitive in product development.

Worldwide, Avon’s business in Eastern and Central Europe is developing ahead of schedule and should hit $1 billion in the near future. Russia has been particularly strong with sales expected at $400 million this year. In Asia, China continues to be a dominant region with sales climbing 25 to 30 percent, and the company recently opened Vietnam. Turkey has also been a hot market. Bob Briddon, group vice president, North American marketing, added that Avon has not only been expanding geographically, but making existing businesses more productive. Sales in Latin America grew 17 percent in the first quarter.

Jill Scalamandre, group vice president, global marketing at Avon, remarked that Avon, with 4.4 million sales associates worldwide, has an “incredible reach.” She added that two out of five women globally, purchased an Avon product in 2003. The brand, she said continues to be built, “on the power of personal relationship.”

Making things personal has been central in the makeover of Avon Color, Avon’s core cosmetics brand with sales of $1 billion. Packaging is being softened, from minimalist, straight-line components in blue and white to curvy compacts and rounded lipstick tubes in cosmic blue, a midnight blue metallic shade. A new logo — a truncated A — is also being applied. Additionally, “intuitive technology” is being introduced to products throughout the line, with the intention of providing women products that will deliver customized results. “This is to allow a woman to show her own unique beauty,” said Scalamandre.

While some of the enhancements are chemical, others are psychological. NailWear nail enamel has a self-adjusting conditioner to add moisture where needed and True Color Powder Blush has a “self-liquefying complex” that blends in with the color of the wearer’s skin. Whereas the new My Lip Miracle lipstick is “intuitive” in that it provides what Avon says women want — a host of benefits, such as longwear, moisturization, shine and color. “It actually reads your mind and understands you don’t like compromises,” according to Avon promotional materials. The new Perfect Wear Longlasting mascara that also lengthens, is a mind-reader in that it fulfills “needs of your hectic, busy lifestyle.”

Redefining itself in other areas, Avon plans to unveil its priciest fragrance this fall. The white floral scent is actually the first of a trilogy named Today, Tomorrow, Always, that will be launched in three parts in October, February and May, respectively. Each is priced $29.50. Until now, Avon’s most expensive scent was $28. “We wanted to take it a step further,” said Scalamandre, who describes the fragrances as “a personal trilogy of love.” Part I reflects the love a woman has for herself; part II, a romantic love or love that is shared; and part III, represents love that she creates. The scents, all designed by Firmenich, come in different shaped glass bottles, but share a cap. Beginning in October, the scents will be supported with print and TV advertising, featuring Hayek.

While it already has a $1 billion fragrance business, this is the first time Avon is advertising the category. According to Avon’s annual report, Treselle, a scent introduced last October, brought in global sales of $52 million. Today, the first in the trilogy, is expected to at least match that, industry sources believe.

Beyond appearing in advertising, Scalamandre stressed that Hayek is playing a partnership role at Avon, including lending her voice to its new foundation to fight domestic abuse. “She wanted to be a partner. She believes in our company values,” she said. “She [Hayek] thinks of women as ‘divine creatures.’” In a promotional video for Avon, Hayek recounts a personal story of a family she knew growing up in Mexico that was supported on the mother’s Avon earnings.

To make its primary sales tool more visually appealing, Avon’s upgraded brochure has a larger page size, modernized design and stronger use of color. Hayek will appear on the cover and throughout its pages, noted Briddon.

“We continue to put the brand into new places,” Susetka enthused. “Direct selling is strong and getting stronger.”