WASHINGTON — For anyone impatient with those who still insist on arguing about the legality of the election three years ago of President George W. Bush instead of Al Gore, consider Prince Franz of Bavaria’s claim as the future King of... 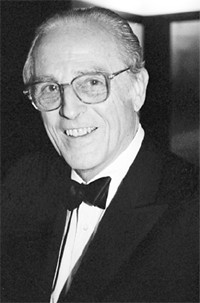 WASHINGTON — For anyone impatient with those who still insist on arguing about the legality of the election three years ago of President George W. Bush instead of Al Gore, consider Prince Franz of Bavaria’s claim as the future King of England.

This story first appeared in the November 10, 2003 issue of WWD. Subscribe Today.

The dispute dates back to Britain’s Glorious Revolution in 1688, when King James II was illegally deposed, along with the Catholic House of Stuart. More than 300 years later, Prince Charles, for one, hasn’t forgotten. Traveling to Munich in 1987 with the late Princess Diana, he quipped, “I hope Prince Franz of Bavaria does not insist too strongly on his right.’’

It turns out that he doesn’t.

“That’s a funny story. In some genealogical way, there is a kind of pretendership for England in the family that is a charming tradition, but nothing more,’’ he says.

Unlike the Windsors, Prince Franz, a lifelong bachelor, has no interest in hunting, horses or generating tabloid headlines.

“He doesn’t hunt,’’ says Wolfgang Porsche, the auto heir and friend of Franz’s father, who was at the party and who likes hunting wild boar on the Wittelsbach family property in Ingolstadt, near Audi’s headquarters. “And he isn’t much interested in cars.’’

The Prince’s passion is German modern art, supporting avant-garde artists, often at the very moment when they are most offending public sensibilities.

Or, as Sharon Rockefeller, chairman of the Phillips Collection gala dinner, explained, “He’s very charismatic in the quietest way.’’

A fellow member along with Rockefeller of the international committee of New York’s Museum of Modern Art, Franz, Duke of Bavaria, began collecting the works of Georg Baselitz shortly after his painting, “The Great Piss-Up,” was confiscated as immoral when it was first exhibited in West Berlin.

“I first saw his work at an exhibition in Hamburg. There were several of his paintings, and I picked three for myself. At that moment, funnily enough, they were so frightening, so almost aggressive, and they bothered me so much, I really wanted to find out what it’s about,’’ the duke recalls. That sense of discomfort, he explains, is part of the power of contemporary art. “The works are so strong. With contemporary art, you can’t see it very quickly. You have to learn to read a painting.’’

The duke’s focus on contemporary art is somewhat surprising, since the collections of European royalty — built up over centuries — tend to focus on Rembrandts, Titians and similar artists, rather than the cutting edge. Asked about the art collection of the British royal family, he pauses.

“Ah,’’ he says, “You mean the old art. Their Old Master paintings are absolutely wonderful.’’

The duke can appreciate such works as much as the contemporary, and can comment about them with equal knowledge. “Some collections, like the Vatican, although I recognize them as absolutely great, may not be my favorite. I love the Uffizi Gallery [in Florence] with its intimacy and unbelievable level of quality and concentration of some of the great masters. And I love going to the Prado [in Madrid] just to see Velazquez and it’s density. So it’s more maybe the groups of paintings that I like. And I love our own museum, the Neue Pinakothek, [founded 150 years ago by his ancestor, King Ludwig I of Bavari] because there the paintings may be sometimes damaged but nothing is overcleaned.’’

Following in his family tradition, the duke was a driving force behind the establishment of Munich’s new Pinakothek der Moderne museum complex, which opened in September 2002 as a venue to share with the public his private collection of more than 800 works of contemporary art, including those by Picasso, Francis Bacon, Andy Warhol, Donald Judd, Gerhard Richter, Sigmar Polke and Baselitz.

In addition to influencing the art world, the Wittelsbach family dynasty also has played a significant role in European history. Franz was 10 years old when his family was imprisoned by the Nazis during World War II and sent to a concentration camp. In 1933, Duke Albrecht, his father, refused to become a member of the Nazi party. His family was hiding in Hungary in 1944 when the Gestapo arrested them and imprisoned them in the Sachsenhausen.

“We ended up in Dachau and then they took us with a group of other prisoners up into the mountains between Tyrol and Bavaria, probably to use us as hostages.’’

He discovered the war was over, he says, when “we saw people arriving, two French people in a horse carriage and two American tanks. The French were in a horse-drawn carriage because they had been in prisons, too, and were freed by the Americans earlier, and that was the only means of transportation they had at the moment. We were all there when it happened, my whole family, and we were all sort of astonished because nobody thought we would get out alive.’’

The Wittelsbach family dynasty ruled Bavaria almost without interruption between 1180 and 1918, when a revolution in Munich abolished the monarchy and made Bavaria a republic. His great-great-grand uncle, King Ludwig II, known as the “Mad King of Bavaria,” built Neuschwanstein, the family’s summer residence that became Walt Disney’s inspiration for the perfect fantasy castle, as well as the nearby castle, Hohenschwangau. To this day, the prince still gets requests from historians who want to exhume Ludwig’s body to try to show that his death, rather than a suicide, was actually a case of murder.

“Yes, there are always people who want to do that, but I think these are more rumors,’’ he says. “Why should we today disturb the rest of a dead king just more or less for curiosity?”