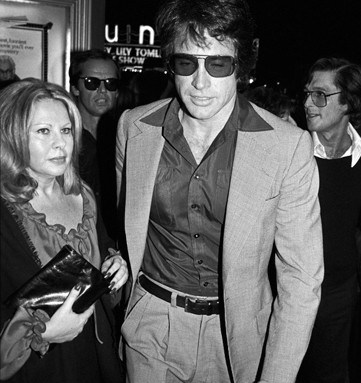 1977 saw the release of several powerhouse flicks: John Badham’s “Saturday Night Fever,” Steven Spielberg’s “Close Encounters of the Third Kind” and George Lucas’ “Star Wars.” But another commercial hit opened that year to great acclaim (though it didn’t leave as enduring a legacy) — John Frankenheimer’s thriller “Black Sunday.” The film, about a terrorist plot involving a Super Bowl blimp, was based on the popular novel by Thomas Harris (author of the Hannibal Lecter series).

1,300 industry insiders and celebrities showed up for one Hollywood screening — a glittering crowd including elites like Jack Nicholson, Raquel Welch, Dustin Hoffman, Warren Beatty and even Roman Polanski, who at the time was still free to roam America. “I had more people for this screening than most premieres draw,” said Bob Evans, one of the film’s producers. “We got more applause during the film than I got for ‘The Godfather.’”

As to reports from an earlier screening, which indicated that the movie’s strong violence had garnered hostile reactions from many viewers, lead actor Bruce Dern said, “We couldn’t have made the statement we made, and be any less violent,” and both Dern and Evans took great pleasure in announcing at the screening that New West magazine, which had run the story about audiences’ “hostile reaction” to the film, was running a retraction.