London Bridge: WWD Connects the World With the U.K.’s Best

With London Fashion Week in full swing, we decided to take a look back at some of our most notable British brethren. 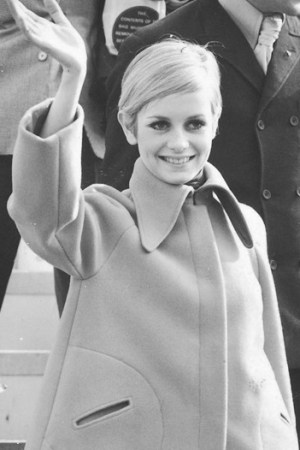 Americans can’t get enough of Britain’s cultural exports. Even “American Idol” is a revamped version of Britain’s “Pop Idol” franchise. Not to mention the Beckhams, Amy Winehouse, the Spice Girls and the highly anticipated arrival of Topshop in New York later this year. WWD has been there every step of the way as Britons have left their indelible mark on the fashion and entertainment industries. With London Fashion Week in full swing, we decided to take a look back at some of our most notable British brethren.

In 1960, a young English couple came to New York to “see how [Americans’] lives work.” That couple was Alexander Plunket Green and his wife, Mary Quant. “If we were to open Bazaar shops outside of London, we would probably have to water down our ideas and we are unwilling to do that,” they explained to WWD. But that didn’t stop Quant’s Chelsea Look, featuring her infamous miniskirt, from sweeping the globe.

Then, of course, there were the Beatles. With their shaggy mop tops and Mod duds, these boys reduced throngs of screaming girls to tears, from the Empire State Building to the Parthenon. When we got our hands on them in 1968, the boys were getting used to their fame, and had become “patronizing and moneyed,” as WWD’s reporter put it.

Luckily, there was still innocence to be found in the icon of the youthquake, Leslie “Twiggy” Hornby. On her first visit to New York, photographer Dick Swift caught the 91-pound, 5-foot, 7-inch teenager at JFK’s TWA terminal, waving to adoring fans and the international press. The headline? “The World’s Narrowest Girl.” The Cockney-accented Ms. Hornby assured WWD’s readers: “Oim very shapely. I eat three times a day, yeah.”

But the American pit stop isn’t by any means obligatory. Quant had visited New York, yes, but her crowning achievement was showing in Paris. In 1983, punk princess Vivienne Westwood would follow in her countrywoman’s footsteps. Her daring designs, based on S&M bondage gear, but tweaked for the city streets, gained her worldwide acclaim.

Then, in 1993, when a pair of risqué — and, as it turns out risky — lace-up boots brought supermodel Naomi Campbell to the floor, the media blitz raised her recognition to another level. The “Anglomania” collection featuring mixed tartans, duchesse satin ball skirts and bustle backs was so impressive, though, that WWD’s review omitted mention of the famous mishap altogether, stating only that Westwood’s show had brought back “the glamour that’s been missing from the runways [that] season.”

And then there’s Alexander McQueen. The spring 2002 collection, his first in Paris, shockingly mixed bullfighting with sex and death, and left WWD’s reviewer longing for the “romance and imagination” that characterized his London shows. Although, it couldn’t have been completely unsettling. Even the London shows had a dark theatricality to them. And having once called couturier Hubert de Givenchy “irrelevant” after taking the head design post at the house, McQueen already had earned a rep as the enfant terrible of London designers — which is saying a lot, given that crowd.