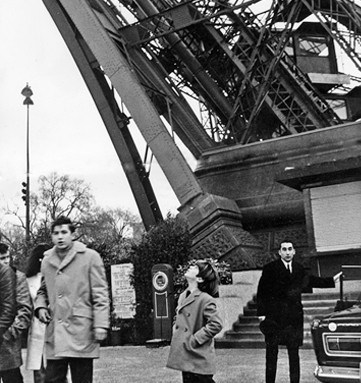 Media attention is par for the course for America’s first children. Just look at the to-do over Sasha and Malia Obama’s first day at Sidwell Friends School or the Bush twins’ college years.

It was the same in 1970 for Caroline and John F. Kennedy Jr. when they visited their stepfather Daddy O’s apartment on Paris’ posh Avenue Foch. Though the embassy had hushed up the trip as a “purely private matter,” WWD was there. The two-day tour included the requisite visit to the Eiffel Tower, a boulangerie stop where John gobbled down a palmier and grabbed a gateau de roi to take back to Jackie in Corfu, mass at Notre Dame, and lunch at the ambassador’s residence on Avenue d’Iéna.

But the highlight of the trip was the flower and bird market on the Ile de la Cité.

“Can I buy a bird?” John asked the woman described as their nurse.

She said yes, but he added, “Won’t he be bored all alone?”

So, for 40 francs, he got two canaries and a cage.