Back in Time: Daria Goes Haute

In an interview with the animated icon in 1998, WWD attempted to get to the bottom of Daria’s minimalist look. 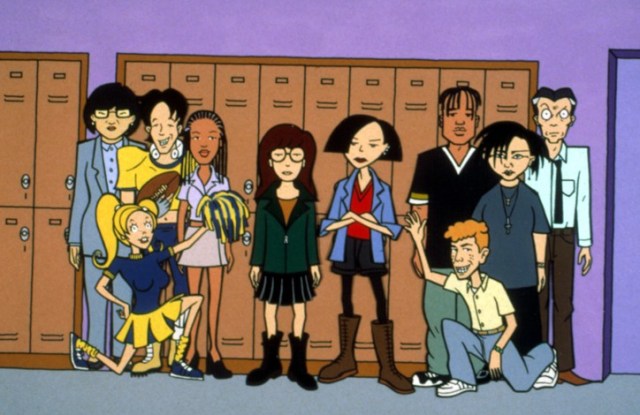 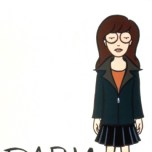 On MTV’s “unscripted” soaps, like “The City,” outfit repeats are very much a no-no. In fact, the characters change clothes with every go-see, sushi dinner or front-row appearance. So it’s somewhat refreshing that Daria Morgendorffer, star of the network’s Nineties series “Daria,” stuck to a uniform: green zip-up jacket, pleated black skirt, and owlish specs. Not to mention the combat boots and perpetual crossed-arm pose. In an interview with the animated icon in 1998, WWD attempted to get to the bottom of Daria’s minimalist look. The interview had some rough moments, like when Daria misidentified Manolo Blahnik as the star of floppy hat-centric teen show “Blossom” (she was thinking of Mayim Bialik). But while she might not have been a card-carrying member of her sister Quinn’s Fashion Club, Daria was more of a fashion savant then some might have imagined. Here, some of her thoughts on matters sartorial.

On the significance of fashion: I believe fashion has a very important role in society, allowing us to capture the attention of potential sexual partners while signaling our social status to potential sexual rivals. It serves roughly the same function as the brightly colored pads on a mandrill’s buttocks.

On footwear: My boots send a clear message: “I can kick you.”

On her preferred palette: I choose dark colors to reflect my general dark outlook and camouflage pizza stains.

On school uniform policies: My mother told me that when she was in high school, the students staged a walkout over the right to wear jeans. They felt oppressed by rigid dress requirements. Now school uniforms are coming back because students feel oppressed by rigid stylishness requirements. Something seems to have gone very, very wrong in the last 30 years, but at least we got rid of Nixon.

On licensing: Believe me, if it were up to me, there’d be no licensed Daria gear at all. But let those sniveling little South Park brats stop first.