In 1927, the fashion world took a bite of the Charles Lindbergh flight pie. 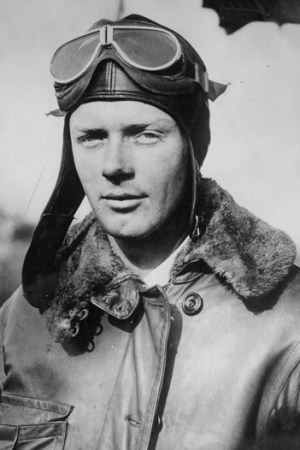 “Companion in spirit and deed of those adventurers who will live always in the minds and hearts of men — Columbus, Drake, Magellan, Peary, Ellsworth, Lindbergh!” read Hahn & Co.’s flyer sent to Paris for publication in the Paris Herald. The Newark-based company, along with The Tailored Woman Inc., set “a record in long distance capitalization of a worldwide news event,” WWD reported in an article on May 24, 1927. The advertisements were sent over to Paris via photoradio on May 21, as soon as Captain Charles Lindbergh — who had taken off from Long Island’s Roosevelt Field the day before ­— safely concluded his solo transatlantic flight to Paris.

Several stores also took a bite of the Lindbergh flight pie. The Famous & Barr Co. of St. Louis signed up to furnish Captain Lindbergh’s wardrobe. And Selfridge & Co. made an effort to arrange an exhibition in its London store of Lindbergh’s plane. Gimbel Bros. ran an ad in the New York papers saying the company’s “20,000 employees offered their enthusiastic congratulations” and went as far as to offer $100,000 for one year of Lindbergh’s service flying novelties back and forth between Europe and America. As for Stern Brothers, the flight was a direct marketing opportunity. Their ad read: “Lindbergh carried a wishbone! Wear one for luck! In gold or rhinestones in sterling silver. Also wishbone key rings, $1 to $4.75.”