The Redcoats are Coming…Again: The Beatles Arrive in America

The British Invasion also caused an explosion in sales of Beatles-style wigs in the marketplace. 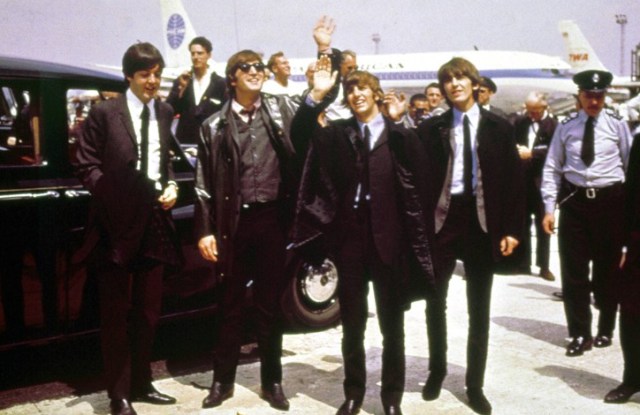 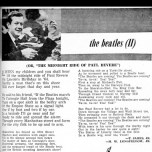 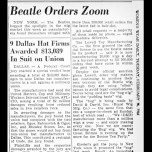 WWD weighed in on the British Invasion with a witty rewrite of Henry Wadsworth Longfellow’s “The Midnight Ride of Paul Revere.” In the imaginative piece, Paul Revere conspires with his friend to track the Beatles — as opposed to an invading British army — from their haunt at the Plaza Hotel to their performance at Carnegie Hall using light signals atop the Empire State Building. And, instead of the “redcoats” turning back in retreat, the Statue of Liberty winds up doing the twist while donning a Beatle coiffure.

But though the poem was a wonderful diversion, WWD also found a business angle to the story. A few more pages into the same issue, an article explained the explosion in sales of Beatles-style wigs in the marketplace. The Lowell Toy Manufacturing Company was the only firm granted the official license to use the Beatles name in its product, but that didn’t stop other manufacturers from pushing their “bug wigs” and “pudding basin wigs” to ravenous consumers. Lowell was manufacturing 20,000 Beatle Wigs a day, scampering to fill 300,000 standing orders. David & David Inc. (Royal Wig Mfg. Co.), who made the “bug wig,” said of the sudden frenzy: “We feel Great Britain is evening up the score for the Boston Tea Party.”