Decades ago, the fashion industry had its own version of “Upstairs, Downstairs.” 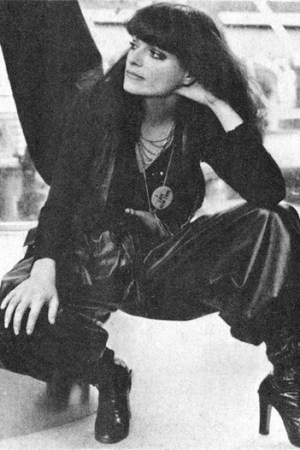 Decades ago, the fashion industry had its own version of “Upstairs, Downstairs,” as seen in this WWD article from 1967. The town house in question was 787 Madison Avenue, which housed Jackie Rogers downstairs and Norma Kamali, who is set to receive an honorary doctor of fine arts degree from the Fashion Institute of Technology Tuesday, up top.

“People are always wandering in with sketch pads and some SA manufacturers have walked right in asking to buy something to take back and reproduce,” said Kamali. “For me, the important thing is to stay away from a big commercial trip. I’ve never had any desire to land on Seventh Avenue.” (For the record, the designer is currently just a few blocks south, off Fifth Avenue on West 56th Street.)

Customers at the time included Bianca Jagger, Cher and Pat Buckley. The Kamali maverick spirit was ever present then, too. “Fashion is taken too seriously by people who make it, people who create illusions about it through the media and people who wear it,” she remarked.

Meanwhile, downstairs was Jackie Rogers and a dachshund named Hans. “He’s trained to bark at customers who walk out without buying something,” Rogers said in, as reporter André Leon Talley noted, “a jet-set diction, a blend of proper Boston and Continental flavor acquired from a life of global…play.” Among her clients were Lee Radziwill, John Schlesinger and Jan Cushing.

“Chanel — I read about her every morning when I get up,” she continued. “Whenever I’m upset, I dream about her — then I know I’m in trouble. She was an old battle-ax, a bigot. There was nothing intelligent about her.…She would always pit people against each other and play terrible games.” Despite such words, Rogers still noted that she “adored Chanel.”

More than four decades down the line, she still feels the same way. At her fall 2010 presentation, Rogers noted she was inspired by the couturier’s affinity for chinoiserie. The presentation locale, by the way, was 787 Madison Avenue.