Back to the Beginning

Here, some of the original 30 WWDMAGIC vendors reflect back on their past 10 years with the show, including what it has meant to their business, why they keep coming back and how the show has changed.

“Ten years ago we were really happy... 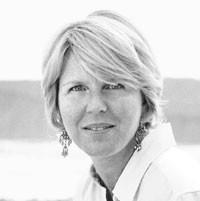 Here, some of the original 30 WWDMAGIC vendors reflect back on their past 10 years with the show, including what it has meant to their business, why they keep coming back and how the show has changed.

“Ten years ago we were really happy to be a part of a women’s show because there wasn’t really any other professional show that was appropriate for us at the time. Now, even though the show has become huge, it still has that community feeling.”

“There have been a lot of shows that have come on the scene since, but without WWDMAGIC, I don’t think we could keep going ahead. Ten years ago, if you were anybody, you had to be in that show because it gave you credibility. Today, it is still a show that attracts a large number of retailers.”

“We’ve been there since the inception and we believe in the show. We get a lot of exposure, and business has been very good. The large attendance WWDMAGIC attracts is the main reason we keep coming back — it’s the biggest clothing show around.”

“I remember being there for Day One, and it was amazing. Through the years, the show has had its ups and downs, of course, but we have always done huge business at WWDMAGIC. We will never quit showing there as long as we are in business. It really brings in customers for us.”

“We keep coming back because the show allows us to see corporate buyers, catalogue buyers and international buyers that we might not see at a New York show. The atmosphere of the WWDMAGIC show is very dynamic. You always come back energized and informed.”

“It is important for us to be at the WWDMAGIC show year after year for the name and also because we meet a lot of our major customers there. It is a unique show. Even people in China talk about this show!”