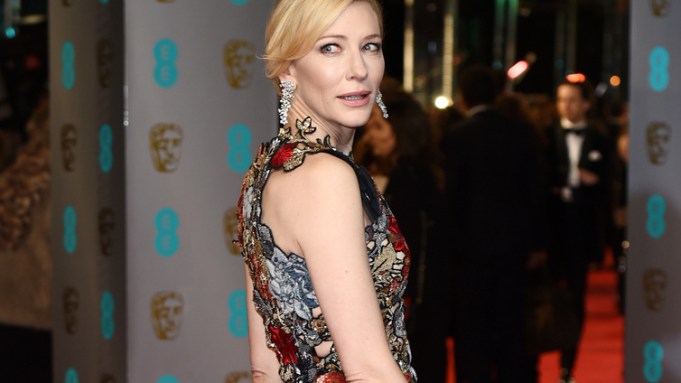 The annual British Academy of Film and Television Arts awards took place on Sunday night at London’s Royal Opera House in Covent Garden. The event, Britain’s answer to the Academy Awards, highlighted the notable films of 2015.

In the category of leading actor, nominees included Eddie Redmayne for his performance in “The Danish Girl”; Michael Fassbender for his role in “Steve Jobs”; Matt Damon, who starred in “The Martian,” and Leonardo DiCaprio, who played a fur trapper in “The Revenant.”

Alicia Vikander of “The Danish Girl”; Cate Blanchett, whose character explores her sexuality in “Carol,” and Saoirse Ronan, who plays the role of an Irish immigrant in “Brooklyn,” were all nominated for leading actress.

Nadja Swarovski worked with Powell on incorporating Swarovski crystals into the shoes and ensembles for “Cinderella.”

“Sandy used more than 1.7 million crystals on the costumes, and her vision for Cinderella’s slippers was an integral part of film. She encouraged our product developers to push the boundaries during the process. We had never made a shoe before, so we had to learn how to craft large concave shapes in solid crystal,” Swarovski told WWD last year.

Ahead of the awards ceremony, BAFTA hosted a talk with Powell and other costume designers nominated for the award, including Odile Dicks-Mireaux and Jenny Bevan.

In addition, “The Danish Girl,” “Brooklyn,” “Ex Machina,” “The Lobster,” “Amy” and “45 years” are competing in the outstanding British film category.

In the makeup and hair category, nominees included Moma Ferguson and Lorraine Glynn, who created the beauty looks for “Brooklyn;” Jan Sewell for her work in “The Danish Girl,” and “Mad Max: Fury Road” makeup artists Lesley Vanderwalt and Damian Martin.