The top 12 handbag brands ranked by familiarity among luxury consumers.

By Cecily Hall and Sophia Chabbott on November 8, 2007
View Slideshow 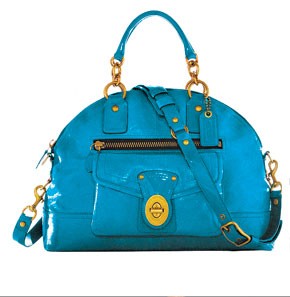 The top 12 handbag brands ranked by familiarity among luxury consumers.

Handbags are among the accessories driving the fashion world today, and newcomers are diving into the market almost daily. That makes it ever harder for brands to capture the attention of the all-important luxury consumer. “There are so many names in the luxury handbag market today, which tells me that they have to work to stand out — the wealthier the consumers are, the more unique they want the bag to be,” said Milton Pedraza, chief executive officer of the Luxury Institute in New York. The firm has released its “Handbag Brands 2008” report analyzing which of 26 brands consumers are most familiar with. From Coach to Hermès, the top 12 run the gamut in terms of price. “As far as status goes, this is probably one of the most important fashion categories — it’s the one that really shows off who you are, no matter how you are dressed,” said Pedraza.

1. COACH
Number of respondents who selected this as a handbag brand with which they were familiar: 76 percent
The $2.6 billion Coach hopes to double its volume to $5 billion over the next four to five years. In October, Lew Frankfort, chairman and chief executive officer, identified handbags selling for more than $400 as the company’s “fastest-growing price segment.” The company opened its first Coach Legacy store in October — one-quarter of the merchandise is exclusive to the new format, and the average price point is $425. President and executive creative director Reed Krakoff told WWD the prototype is a way for younger fashion-savvy types to experience the world of Coach.

2. LOUIS VUITTON
63 percent
American artist Richard Prince’s buzzed-about spring collaboration with Marc Jacobs for Louis Vuitton handbags was unveiled during Paris Fashion Week. Prince worked plenty of variations on the famed logo. “I started silk-screening the monogram,” he told WWD in October. “I started stamping it. I took it apart. I cut it up. I splashed it around. I tried to abstract it in a way that you would still be able to recognize it.” The French fashion house has taken a bold approach to its latest ad campaign by featuring former Russian President Mikhail S. Gorbachev as one of its new models.

3. GUCCI
61 percent
“If you want to own something unique that isn’t like what everyone else has, Gucci is the way to go,” commented one respondent in the survey. In May, WWD reported Gucci had tapped Mert Alas and Marcus Piggot to shoot an ad campaign solely dedicated to the season’s must-have accessory: the Indy bag, a rigid frame-style single handle that features the engraved Gucci script logo, tassels with bamboo detail, metal plates and studs. The PPR-owned fashion house has been pushing the bag, which helped boost sales of Gucci Group’s leather goods by 11 percent for the second quarter through June.

4. DOONEY & BOURKE
56 percent
The Norwalk, Conn.-based brand boasts a lower price point than many others in the top 12, with prices that range from $20 to $625. The company has been working to expand its consumer base by tapping young spokeswomen such as Emma Roberts, Mischa Barton, Lindsay Lohan and, most recently, “Heroes” teen sensation Hayden Panettiere. In her new role as spokeswoman, Panettiere was allowed to create her own “dream bag”: Known as the Hayden bag, it is a large leather shoulder bag with puffy pleats and buckle closure, available in black, brown, red and white.

5. PRADA
54 percent
“It’s always hip to wear Prada, no matter what — the fashion value of this brand always stands out,” said Pedraza of the Luxury Institute. Nylon bags, ruched leather bags and others featuring the giant Prada logo are among the latest looks. With regard to luxury handbags rising in price and demand, a Prada spokeswoman told WWD in February, “Besides the growing demand for fine leather goods, there is also the complexity of several models, continuous design innovation and, last but not least, an increase in certain costs that cannot be reduced if you want to preserve the level of quality…”

6. KATE SPADE
48 percent
No matter that husband-and-wife team Kate and Andy Spade exited the company this past summer (they remain on as board members), consumers remain attached to the brand name. Most likely, people associate the brand with its signature nylon handbags, but it is much more diverse: Latest looks include patterned and striped bags, leopard-print clutches, unstructured hobos and leather totes. Deborah Lloyd, Banana Republic’s executive vice president of product design and development, was recently tapped to become co-president and creative director of the brand.

7. BURBERRY
47 percent
Though its signature plaid remains a staple in Burberry’s handbag collection, Christopher Bailey is pushing accessories into a new realm. The fall collection consists of nylon quilted looks, gemmed clutches, quilted leather satchels with studded hardware and more. Last week, WWD reported Burberry’s first-half revenues rose 14.5 percent to 449 million pounds, or $899.5 million, from 392 million pounds, or $725.5 million, with some of the fastest growth coming from nonapparel categories. One of the biggest drivers behind sales was accessories, which grew by 35 percent year-on-year.

8. FENDI*
45 percent
It’s an ongoing parade of “It” bags for Fendi, owned by LVMH Moët Hennessy Louis Vuitton. Coming off the heels of the Spy bag — a hit for the brand — this season is all about the To You bag, which features an origami-like closure. From new markets like Turkey to Qatar, Fendi is getting the word out globally. And following its show atop the Great Wall of China in October, chief executive Michael Burke noted the spring collection — which features clothes based on the Chinese symbol of happiness, and the relaunch of its iconic Baguette bag — is Fendi’s most successful to date.

9. CHANEL*
45 percent
“Chanel bags are beautiful, classic — the craftsmanship is superb, and they last forever,” commented one respondent surveyed. In fact, Coco Chanel’s quilted handbag is possibly one of the most iconic bags to this day. Lately, the brand has offered styles such as the Coco Cabas, which launched more than a year ago. The bag, which comes in vinyl, leather and satin, features the Chanel chain handles, a signature double C charm and the double C etched into its side.

10. RALPH LAUREN*
45 percent
WWD reported last month that the company has been making major strides in accessories, driven partly by the Ricky bag. Buffy Birrittella, executive vice president in charge of women’s design and advertising, told WWD, “It was the hardest thing to come up with a bag he [Ralph] felt was the ‘It’ bag for him — not just the ‘It’ bag of the season, but an iconic Ralph Lauren bag.” Consumers are certainly getting the designer’s vision. Respondents liked the versatility of the handbags. “There’s always an occasion to use my Ralph Lauren bag — it’s got style and it’s timeless,” said one luxury consumer.

11. DOLCE & GABBANA
37 percent
“I have one of these bags and the craftsmanship is quite extraordinary — so is the variety of styles,” said one respondent in the survey. Latest fall looks from Domenico Dolce and Stefano Gabbana’s handbags include the Borsa A Spalla leather bag, which features silver hardware and a shining removable chain strap; the Metallic Leather Tote, specially textured and finished with a metallic sheen, and the Washed Calfskin Buckle leather bag, which has topstitching and gold-tone hardware.

12. HERMES
36 percent
In June, Hermès opened a flagship on Broad Street near Wall Street in Manhattan, which offers everything from its famed saddles to brightly patterned bikinis designed by the house’s creative director for women’s ready-to-wear, Jean Paul Gaultier. Leather goods, including the company’s best-selling and most iconic products, the Kelly and Birkin handbags, are at the nave of the store. Although the two items are decades old for Hermès, some 80 percent of its 50,000 stockkeeping units are renewed seasonally, chief executive officer Patrick Thomas told WWD in October.

Source: Luxury institute llc; The firm’s “Handbag brands 2008” is part of its overalL luxury BRAND status index, which looks at quality, exclusivity, social status and self-enhancement; NEARLY 800 CONSUMERS WIth An Average net worth of $2.2 million WERE SURVEYED; *Indicates a tie