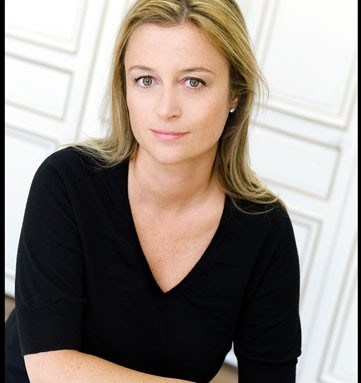 PARIS — Good luck opening a fashion magazine this fall and not seeing one of Nicolas Ghesquière’s impeccably sculpted black dresses for Balenciaga splashed all over the editorial pages.

And better luck getting your hands on one as they arrive in stores this month: There are waiting lists at Balenciaga’s growing network of retail stores, meaning the 300 dresses are unlikely to make it to the racks.

“Runway sells, much more than you think,” said Isabelle Guichot, Balenciaga’s president and chief executive officer. “We have numbers that are pretty impressive.…It’s not only a runway show, it’s a reality.”

Managing rapid growth of the Paris fashion house as it shifts to a more retail-driven business model has been the chief task of Guichot, a focused but fun-loving executive who tools around Paris in a silver Suzuki SUV.

Since assuming the helm of one of Gucci Group’s fastest growing brands last year, Guichot has been quietly orchestrating steady product and boutique expansion. Arriving this fall-winter are new capsule collections for denim and black dresses, the latest complement to lines devoted to knits, silk, pants, T-shirts and leather. And a company that counted only three directly owned locations as of December 2007 — Paris, New York and Milan — is gunning for 20 by the end of this year.

These include not only high-profile new flagships in London and Los Angeles, which opened in February and March, but shop-in-shops in department stores like Galeries Lafayette in Paris and Hankyu in Osaka, Japan, which recently christened the world’s first men’s-only Balenciaga corner. Yet the brand has yet to leverage its profile in Asia, one of the world’s fastest growing regions, and to reenter the fragrance business, which has been on hiatus since December.

“The sky’s the limit. We’re still at the early stages of the brand development,” Guichot said in an exclusive interview, her first since joining Balenciaga from Sergio Rossi. “We still have a long way to go to reach the scale of our competition. We know that we still have a big reservoir of growth.”

In her modest office across the street from Ghesquière’s studio on the Rue du Cherche-Midi, where visitors sit on a bench facing a desk piled high with spreadsheets, she described a deliberate and focused approach to growth, resisting opportunistic avenues such as licensing or co-branding. “We’re not here to try to inflate a balloon that will only deflate a few years later. We only keep a long-term view,” Guichot stressed. “We’re really working on sustainable growth — all the pillars that will make Balenciaga healthy, growing and profitable for the long term.”

Indeed, the house has shifted gears — and even retrenched in some cases. In August, Balenciaga quietly shuttered its swimming pool-like boutique in Hong Kong, which had been a franchise location operated by retailer Lane Crawford Joyce Group. The fashion house plans to open a company-owned flagship there in due course as it plays catch-up in Asia.

And last January, Balenciaga bought out its joint venture partner in Japan, Restir, to get a tighter grip on a fashion-crazed market where it is arriving late compared with most European designer brands. “We’re representing for the Japanese clients a new kind of attraction, so it’s sometimes good to be very late on one market because you come up almost as a pioneer after, especially when you come with such a different point of view,” she said.

Guichot declined to provide any figures, although market sources estimate Balenciaga’s revenues are currently north of 100 million euros, or $146.1 million at current exchange. The ceo reiterated what parent PPR already disclosed when it reported first-half results last month: continued “high-double-digit” growth across all product categories and regions and a shift to a less wholesale-driven business model. The brand already reached profitability in 2005, beating a Gucci Group deadline by two years.

“Seeing the momentum the brand was gaining, and the credibility in terms of fashion, it seemed obvious that we needed to go beyond a purely wholesale business,” Guichot explained, pushing up the sleeves of her black dress from the new fall capsule line. “If we were to remain in a wholesale mode, it would give a very scattered and blurred image of the brand that would somehow be detrimental to its future growth. It’s just shifting to a more personalized business model.”

To be sure, Balenciaga boutiques, designed by Ghesquière in collaboration with French artist Dominique Gonzales-Foerster, are hardly generic, blending sci-fi futurism — lighting fixtures resembling satellite arms, display plinths like giant crystal shards bursting through the floor — with local touches for unique shopping environments. Guichot describes them as being “between a store and a piece of art — a contemporary installation.” For example, the London store glows orange, like Mars amid the red brick facades on Mount Street, along with a noisy carpet that’s a wink to jumbled English decorating.

Guichot also stressed the importance of retail as a platform to showcase the breadth of Balenciaga’s product range. While the models storming down Ghesquière’s catwalk are never encumbered with accessories, the product range in boutiques spans sunglasses, small leather goods, footwear, costume jewelry and eveningwear. “It adds to the interest of the shopping experience and it gives wealth and boldness to the brand,” Guichot explained. “We’re here to present Nicolas’ point of view and to present a brand universe.”

As Balenciaga layers on more directly operated stores and corners — for instance, the shop-in-shop at Printemps in Paris, previously a concession, is now directly operated — Guichot is handling the organizational, logistical, supply chain and human resources implications behind the scenes, hiring managers, planners and buyers to make sure the right merchandise lands at the right time.

Given the brand’s limited retail experience to date, Guichot likened each store opening to delivering a baby. “It’s becoming more natural, easier,” she said. To wit: Earlier this month, Balenciaga delivered twins in the U.S., with boutiques opening the same week in Las Vegas and Costa Mesa, Calif.

Guichot said sales density per square foot at the company’s stores is comparable to its competitors. Besides the black dresses, Balenciaga expects lusty demand this fall-winter for new versions of its classic “motorcycle” bag with leather-covered studs.

Also new in stores this fall is an expanded men’s wear collection, as Ghesquière — now at the house for 11 years — applies his touch to the men’s department. “Now he really wants to impose an identity: re-create the wardrobe, and then extend it,” Guichot explained. Although the designer does not stage men’s wear shows, he expanded the collection this season to include what Guichot described as “reshaped classics” for men, including a “big” collection of neckties. The men’s universe now encompasses everything from shoes and eyewear to travel bags, and Guichot described it as a key category as it charts expansion in Asia.

“One of the focuses for us in the upcoming years will be Asia-Pacific because it’s an obvious: It’s where everyone is growing the strongest….It just hasn’t been a priority so far. We need to look east,” she said, adding, “We have plans for China in 2009.”

In women’s, runway styles represent about 40 percent of Balenciaga’s ready-to-wear business, higher than the 30 percent often cited in the industry, the balance being pre-collections, Guichot said. The executive also brushed away a lingering stereotype that the brand only fits skinny models.

“It’s true to say that it’s part of the brand DNA that Nicholas has a much more tailored and shaped and structured vision than, say, Stella McCartney,” she said. “I mean, I wear Balenciaga and I’m not a 36, unfortunately.” She noted that 38 is the bestselling size, “and you can find a 40, 42.” (Those are equivalent to sizes 6, 8, 10 and 12 in the U.S.)

That Balenciaga’s “classic” bag with braided handles and tasseled zipper pulls generates the lion’s share of revenues is also a misperception, according to Guichot, who describes it as a “pillar” of the brand, but hardly a one-trick pony. “A Balenciaga bag has to be timeless. It’s part of the point of view of Nicolas,” she said, also describing strong demand for the range of Lune bags, including clutch versions.

Guichot declined to say what proportion of revenues is generated by leather goods, “but when you look in our store, you can understand it’s an important part of our business.”

As are the capsule lines, which allow women to build wardrobes with staple styles done in a Balenciaga way. She said recent bestsellers include lightweight cashmere sweaters, motorcycle-style jackets, trenchcoats and jodhpurs.

Guichot declined to give a timeline for reentering the beauty business, but described it as an urgent project. “We are actively working on it,” she said, although resisting on naming any potential partners. “I would say that’s the most obvious missing category. There is no plan to do watches, no plan to do kids’ wear.”

Balenciaga let its licensing pact with Groupe Jacques Bogart expire at the end of 2007, meaning any beauty products remaining on the market represent old inventories.

Another under-the-radar initiative that speaks to the brand’s momentum was the May launch of e-commerce in the U.S. The site — offering all manner of accessories, from shoes and handbags to sunglasses and scarves — has generated reams of discussions and information trading on blogs, and ferreted out mostly new clients across the heartland of America, Guichot said, noting she is mulling expansion to Canada and possibly the U.K. “We were amazed by the reaction, and the fact that without any marketing dollars, there was an instant payback,” she said. “It was a good measure of the brand’s natural attraction.”