In the last year, Banana Republic has caught everyone by surprise as it has managed to churn out high-quality costume jewelry at affordable prices. 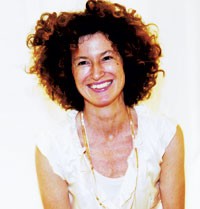 NEW YORK — Banana Republic has transcended khakis and linen shirts and is finding growth in an unexpected category — costume jewelry.

In the last year, the brand has caught everyone by surprise as it has churned out high-quality costume jewelry at affordable prices. As a result, it has become fashionistas’ go-to resource for oversized gold charm bracelets and yellow crystal floral-drop earrings.

Banana Republic as a whole has taken a more fashion-forward turn since Paul Pressler defected from Walt Disney Co. and took over as Gap Inc.’s president and chief executive officer in 2002. He joined the company after it suffered a net loss of $8 million in fiscal 2001, and by redefining and refocusing the group’s brands, turned it around to produce profits of $1 billion last year on net sales that increased 14 percent from $13.8 billion in 2001 to $15.9 billion in 2003.

In May, Gap Inc. reported first-quarter net income of $312 million, from $202 million in the year-ago quarter. Sales jumped 9.4 percent to $3.7 billion from $3.4 billion. Banana Republic’s quarterly sales increased to $503 million from $411 million a year ago, and its comparable-store sales jumped 21 percent against last year’s 1 percent increase.

In terms of Banana Republic’s growth, Pressler told WWD in April that jewelry was a “tremendous opportunity.” Certainly, the brand is pioneering this category among its competition, as the only store chain of its class to offer a costume jewelry collection that stays remarkably on trend, is made of high-quality materials and doesn’t revolve around basic sterling silver.

The trick, however, will be sustaining momentum and growth after the craze for costume jewelry inevitably fades. But that may not be such an imminent threat, analysts said.

“It’s going to be a while until we go back to minimalism,” said Margaret Mager, specialty retail analyst at Goldman Sachs & Co. “We’re still on an uptrend away from it.” She said the current cycle of women piling on accessories likely has a few more years.

That’s good news for Thomasine Dolan Dow. In 2001, Dow, who for two years had overseen women’s and men’s accessories for the brand, was tapped to be Banana Republic’s sole jewelry designer (the collection used to be a group effort). With her impeccable taste, inspired eye and focused vision, she has cultivated a successful collection of costume pieces that look both vintage and modern enough to appeal to today’s accessories customer. This has much to do with Dow’s knack for translating inspirations from luxury houses — including Prada, Fred Leighton and Van Cleef & Arpels — to a consumer level that can be understood all over the country.

This story first appeared in the July 19, 2004 issue of WWD. Subscribe Today.

“There’s something visceral going on in jewelry that I certainly can’t take any credit for,” she said. “Maybe the customer’s got the appetite and we’re supplying something different.”

In the past two years, the number of jewelry cases per store has doubled. A minimum of two cases are in the 360 stores that carry women’s wear nationwide, and five are in its 11 flagships. New product arrives every six to eight weeks, and between 150 and 300 pieces are delivered for each of the four seasons. Prices can go over $70, but most items hover between $28 and $64.

The fall and holiday collections will bring brooches galore, big flower pins, pearl collars meant to be worn over cardigans — the fashionistas will wear them as necklaces — rhinestone circle pins, gold vermeil cocktail rings and a necklace and bracelet set with big colorful beads that looks at once vintage and as if it were influenced by Cartier’s recent Goa collection. After seeing a Badgley Mischka evening bag made with guinea fowl feathers and crystals, Dow decided to include those two materials in the holiday selections, as well.

The cues Dow takes from luxury firms attract shoppers who mix designer merchandise with Banana Republic basics, but it also brings something fresh to the brand’s core customer. In addition, by replicating vintage finds almost pearl for pearl, Dow caters to women who don’t have either the opportunity or the patience to scour through second-hand stores, but still want to get in on the trend.

Costume jewelry has been in major specialty stores for years. But it has appealed to an older customer, and is usually thought of as a formal-occasion item. As the trend has started to skew younger, retailers’ offerings of strong brands such as Gerard Yosca and R.J. Graziano have increased. But, Dow said, the merchandising hasn’t caught up.

“It’s horrifying, all those freestanding carousels with earrings stuck in cards,” she said. “There’s so much of it and it all kind of looks the same. You don’t feel a point of view.” Individual jewelry cases at Banana Republic, on the other hand, contain pieces that are part of a specific color or trend story.

How does a highly visible and pervasive brand such as Banana Republic do jewelry that looks so unidentifiable? Because of Dow’s research and interest in history, the pieces she creates are more closely related to Van Cleef & Arpels in the Thirties than they are to any overall Banana-imposed vision.

“Not only do I see how things looked then, but how it’s all being done again now,” Dow said. “When I’m designing collections, I always go to the magazine according to the season, so if I’m working on spring, I’ll read all the January, February and March issues from the Twenties to the Seventies.” She also refers to pieces she finds at flea markets and sees in books on jewelers. Often, she will literally recreate a piece stone for stone, which is what happened with a turquoise flower brooch in the holiday collection.

When it comes to current designers, Dow favors Miuccia Prada, which comes as no surprise considering that Prada is known for her ability to remaster vintage for the current consumer. Dow’s take on the bib necklaces that Prada showed for spring 2003 will be rearing their heads at Banana Republic come fall.

“I didn’t find those Prada necklaces wearable at all,” Dow said. “They were cool art pieces, but you’d be a total victim [if you wore them] because they’re so recognizable. But after Prada did that, I saw all these pearl fabric-backed collars at the flea market and thought that’s how we can do it.”

Dow, who joined Banana Republic 10 years ago as an apparel designer, has the advantage of using the chain’s relatively minimalist clothing collection as a canvas. Though the line has become more fashionable, it still includes a lot of solid-colored basics. Banana Republic’s tops actually need brooches or necklaces. Dow also is able to work a season behind the apparel designers, though the jewelry and clothing still hit the floor simultaneously, and is aware ahead of time what colors and weights will be important.

But regardless of how confident she is in her current collections, Dow knows the pendulum will swing.

“I’ve said to my own boss that we’ve got to soak this for all we can now, because in a few years, we’ll go back to that minimalist Helmut Lang, Calvin Klein trend of no belts, no handbags, no jewelry,” she said. “It will just happen. But I’m hoping we can continue with this for two to three more years.”