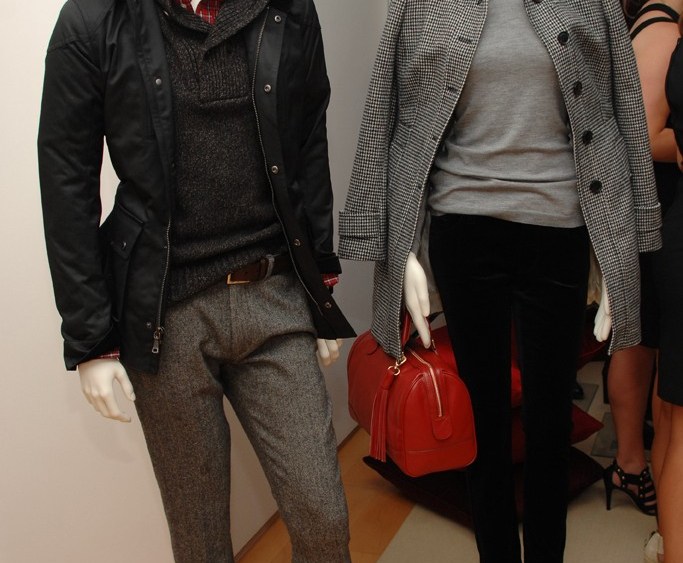 Banana Republic offered a press preview Thursday evening of its much-hyped “Anna Karenina” collection, a capsule holiday collaboration for men and women between the upcoming film’s costume designer, Jacqueline Durran, and Banana Republic creative director Simon Kneen. The lineup will hit stores in late October in advance of the movie’s release in November; Banana Republic produced the collection in partnership with Focus Features.

While the looks were inspired by the 19th century and the Russian romance of Karenina, a modern twist true to the Banana Republic label was evident. Primarily worked in black, key pieces included a lace dress, a military jacket and cape, as well as a red cowl-back dress. There were also faux fur accessories, beaded clutches, feather hair pieces and costume jewelry galore.