Her first campaign as the store's ceo is a women's empowerment initiative. 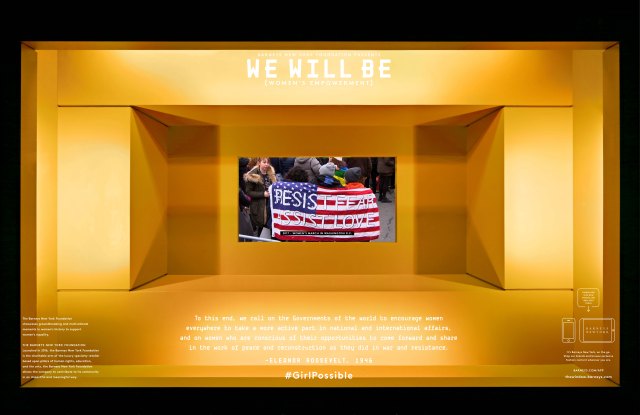 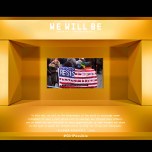 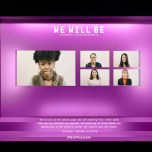 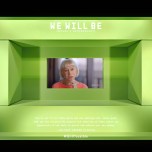 The day after Barneys New York named Daniella Vitale its first-ever female chief executive officer, the store launched a new campaign devoted to women’s empowerment. Titled “We Will Be,” the initiative is done through the Barneys New York Foundation, the retailer’s charitable arm that was founded in 2016 as a way for the store to advocate for human rights, the arts and education. For the campaign, Barneys commissioned videos done in partnership with the High School of Fashion Industries and MAKERS, a women’s media platform, that highlight strong women. They were installed Feb. 3 in Barneys’ Madison Avenue and downtown New York windows to coincide with New York Fashion Week.

The timing could not be more apt, considering the heightened cultural focus on the protection of women’s rights under the Trump administration and the arrival of Vitale as the store’s first female ceo. The initiative was her idea.

“Back in November, with such a negative and divisive tone in the world we felt we needed to kick off the year with a message of inclusion, diversity and women’s empowerment,” Vitale said. “With a group of us sitting around talking about how women in general had been treated so poorly during the campaign what could we do to change that narrative into something wonderful? With so many women’s and equal rights being debated and questioned right now we wanted to celebrate women who have inspired, conquered and united people for decades. As the first female ceo in Barneys history, I feel particularly energized, honored and inspired to try and lead by example.”

A short film titled “I Will Be” features 34 female students from New York City’s High School of Fashion Industries discussing their hopes and goals for the future. The store culled from MAKERS’ extensive media library to compile two 20-minute black-and-white reels of iconic women, including Madeleine Albright, Christiane Amanpour, Hillary Rodham Clinton, Lena Dunham, Jane Fonda, Ruth Bader Ginsburg, Alicia Keys, Helen Mirren, Michelle Obama and Gloria Steinem. There’s also a video of clips of historic female moments throughout history — for example, Aretha Franklin performing at President Obama’s inauguration, Billie Jean King playing tennis in the “Battle of the Sexes” against Bobby Riggs, Malala Yousafzai at the Youth Assembly at the UN, Marilyn Monroe in “Some Like It Hot,” and women from the Women’s March on Washington this year. Various installations of the videos are displayed in the New York flagships’ windows and regional in-store displays as well as on Barneys’ digital channels with a social campaign #GirlPossible.

“There is really no better and more important time than now to take a stance on women’s empowerment and equality,” Vitale said. “Our New York Fashion Week windows get tremendous visibility so it’s the perfect platform for us to speak to a wide audience. We are a company that prides itself on social responsibility and there is really a strong message behind everything we do. It’s what makes us who we are. As a brand, we have always placed a focus on supporting human rights, and in the past two years we have become increasingly involved in supporting women’s equality and empowerment.”

To that end, the Barneys New York Foundation has formed partnerships with Michelle Obama’s Let Girls Learn, The Girls Lounge, and Amy Schumer and her stylist Leesa Evans’ Stylefund.