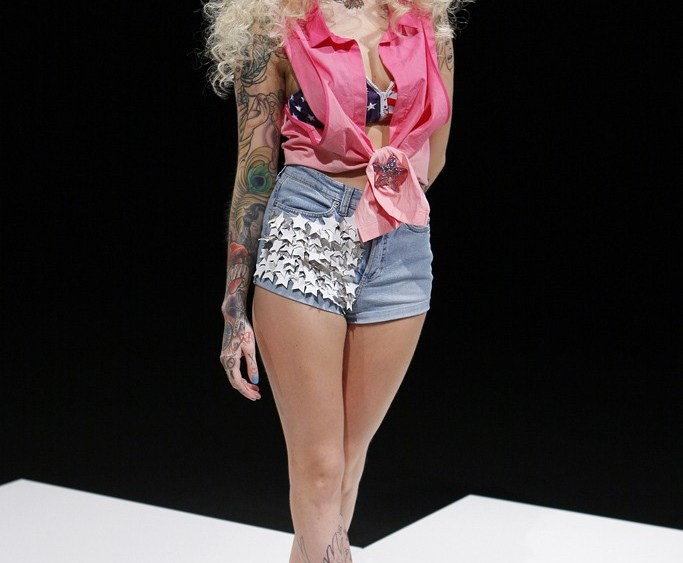 A flurry of fourth of July confetti covered Barre Noire’s studio presentation, which featured a nod to Eighties Americana. The American flag made an appearance on a bikini top, peeking out from underneath a bubble-gum pink shirt that tied at the front and was paired with denim HotPants. A gray hooded sweatshirt emblazoned with “Minnesota” was covered in silver studs, as was a Madonna-style oversize denim jacket. Rather than Eighties disco, the models happily bopped to minimal electronica music — a reminder that Barre Noire is very much a Berlin label.