Barton Perreira, a four-month-old Los Angeles-based eyewear firm, is stepping up as an independent player in a market full of licensed-out sunglasses brands. 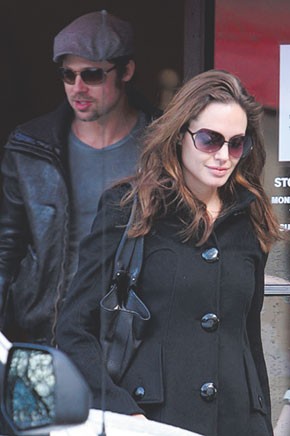 Barton Perreira, a four-month-old Los Angeles-based eyewear firm, is stepping up as an independent player in a market full of licensed-out sunglasses brands.

Two Oliver Peoples veterans — Bill Barton, former president, and Patty Perreira, who was vice president of design — launched the firm after Peoples was acquired by Oakley in February 2006.

“I thought I’d stay for a year and see how I liked being in the corporate world,” said Perreira, president of Barton Perreira, who has also designed eyewear collections for Prada and Jil Sander. “I stayed for six months, but it wasn’t my thing. The philosophy we were born and bred with changed and I needed to have more independence and freedom in design.”

The pair took some time off, but barely a year went by before Barton proposed they get back in business. They launched the high-end Barton Perreira brand in December, quickly getting attention after being worn by celebrities such as Angelina Jolie, Orlando Bloom and Jessica Biel.

“In an industry that’s controlled by one or two really big companies, we wanted to have really special product,” said Barton, chief executive officer. “We couldn’t come out and be Oliver Peoples again; we had to have our own ideas. We had to be our own brand with product that people would look at and say, ‘That’s really fresh.’ We can’t reinvent the wheel, but we can turn it a bit.”

Barton would like the firm to do another $2 million before the year is out.

“The response from the Bergdorf Goodman clientele has been quite positive since the introduction,” said Ed Burstell, senior vice president and general merchandise manager of jewelry and accessories at the specialty store. “They are responding to the modern design that has both an urban edge and a refined sensibility. The line has quite a ‘cool’ factor.”

Each piece is handmade in Japan, where polarized lenses and UV coatings are applied to styles such as the Sophisticate and the Emmanuelle, a best-selling frame that also features a decorative and complicated enamel foiling process commonly applied to vintage bracelets.

The frames lack big logos, solely relying on their precision, fit and design. In an industry that thrives on imitation, the company tries to stay one step ahead of the pack.

“You just have to hope that you’re on to the next thing by the time they catch up to you,” Perreira said. “We are really protective with the two factories we work with and they have a lot of integrity.”

Among the other styles is the Fair Lady, an oversize shade with painted enamel inlay and an assortment of prescription lenses.

Although Barton Perreira doesn’t rule out eventually being backed by a larger firm, the company prizes its independence, citing the importance to independent retailers that rely on unique product offerings.

“By carrying independent brands, you not only get a more exciting collection of eyewear, but an interesting and diverse collection,” said Jeff Press, director of product development and design for Luxury Optical Holdings, which owns Morgenthal Fredrics. “We want to carry the best and most unique eyewear. Barton Perreira is a perfect example. It’s all handmade and excellent quality and it doesn’t look like everything else in the industry.”

Barton acknowledged that starting an independent eyewear firm was easier in 1986, when he helped found Oliver Peoples, because there weren’t so many brand name products in the sunwear industry.

Barton Perreira is pushing into 25 doors throughout Europe and has plans for exclusive frames and eyewear-related accessories with Neiman Marcus. If things go well, the firm could open its own store in the next two years.

“It’s not our goal to be bought,” Barton said. “We want to bring really special product to our customers. We’re having a good time.”