Nearly three years after leaving her job as creative director of BCBG, Lubov Azria is starting over with La Boheme.

Lubov Azria in front of a rack of her La Boheme clothing.

Nearly three years after leaving her job as creative director of BCBG, the Los Angeles contemporary brand she and her husband built from the ground up, Lubov Azria is starting over with La Boheme, a line of resortwear separates including silk kimonos, pajama sets and dresses and denim jumpsuits.

She’s still working in the Vernon, Calif., building that used to bustle with hundreds of BCBG marketing and design team members. (The company was purchased by Marquee Brands in 2017.) But now it’s just her and three others, racks of samples and inventory stacked on the floor. Down the hall, husband Max Azria has his own new venture: container unit housing for the homeless.

If it sounds like the couple had an “Eat, Pray, Love” moment, they did. Filing for bankruptcy after 28 years in the fashion industry will do that to you. It was an inglorious end for the Azrias, who helped to define the contemporary category in Los Angeles and beyond, building an international empire of brands that included BCBG Max Azria, BCBGeneration, Max Azria Atelier and Hervé Leger by Max Azria, with 550 stores in 47 countries and $1 billion in retail sales.

“I didn’t want to have anything to do with fashion,” said Lubov, 50. “I spent the first three months reading every book — Eckhart Tolle, Wayne Dyer and other spiritual books — walking or running on the beach, visiting my family and friends I hadn’t seen. I did TM [transcendental meditation]. I just wanted to be.”

During her time off, she realized her wardrobe had changed. “I don’t really go out…I hang out with friends. I live by the beach now. I said, ‘What do I want to create? How do I want to speak to the world?’ I realized what I was wearing was mostly pajamas or jumpsuits and there was no innovation there,” she said. “So I started making men’s pajamas, and when people started complimenting me, I got thinking, ‘Why don’t I make things I want to wear, which is luxury separates.'” 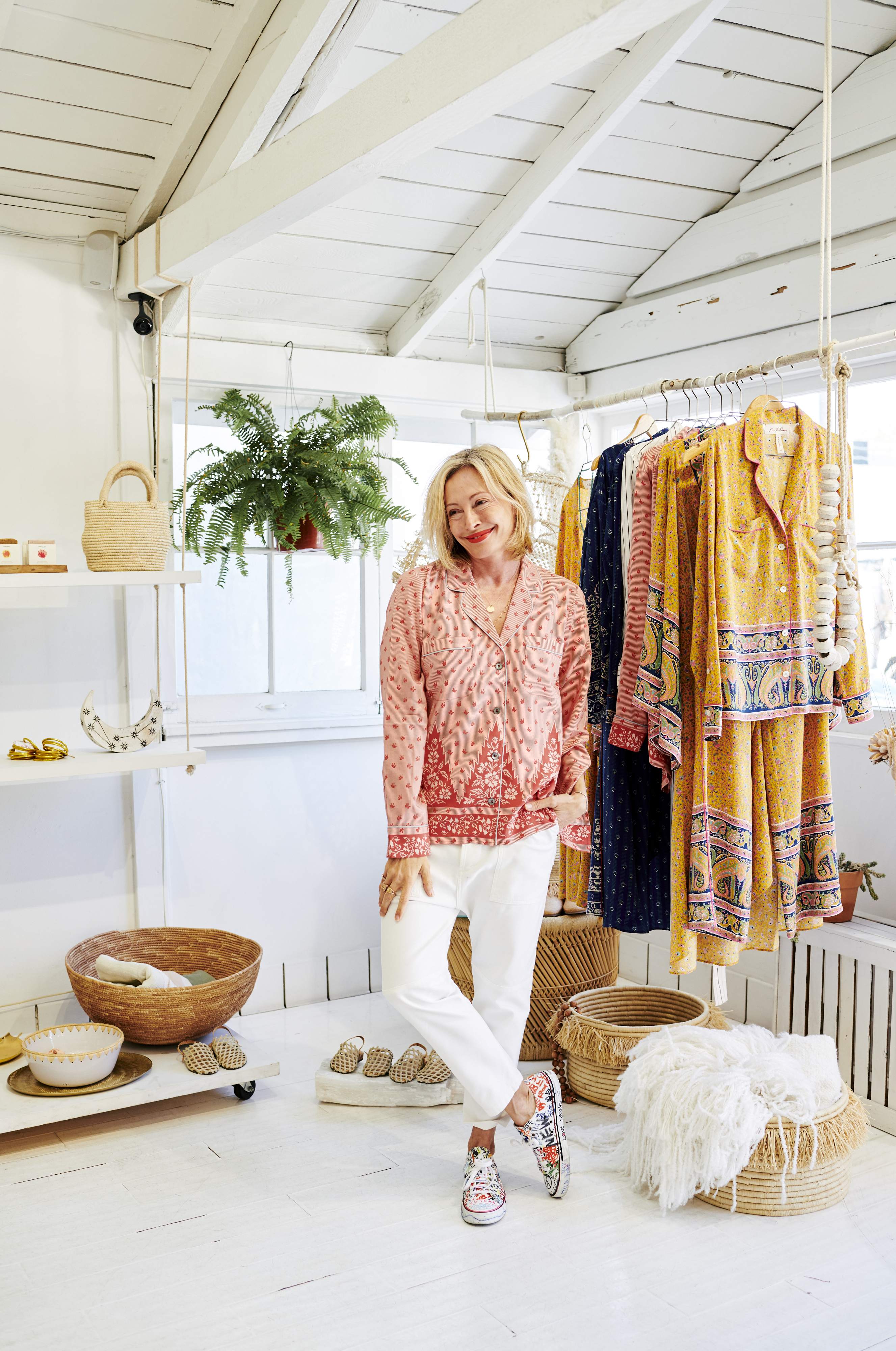 Lubov Azria in front of a rack of her La Boheme clothing.  Graham Walter/WWD

She made her first step into the resort lifestyle category with La Boheme, which sits next to brands Mes Demoiselles, Natalie Martin and Love Shack Fancy in independent stores including Ron Robinson, Curve, Permanent Vacation, and her daughter Marine Azria Hadar’s The Piece Collective, on Abbot Kinney in Venice. Prices range from $198 for a striped silk cami to $348 for a pajama top or pants, to $398 for a paisley sundress, to $448 for a kimono. Everything is made in China, and the brand is represented by the Hatch showroom in L.A.

“When Max started BCBG in 1989 and I joined him in 1992, there was no contemporary market; he basically invented it based on the price point and type of clothes. There’s a change that needs to happen again,” she said. “This time around I want to do it different, I want a lifestyle brand. With BCBG it was such immense growth all the time, and we just kept on hiring and hiring and opening more stores, and it became overwhelming. Now, everything is dot.com so you can achieve wonderful things without such big teams.”

As for BCBG, she has no regrets. “It was a beautiful 25 years. The company was bought, some of my team is still there, but I’m so out of that world. It’s nice to do my own thing.”

Asked about her legal battles, including a contract dispute with the new BCBG owner, she demurred. “There are a few things outstanding, but I have my name.…We have this beautiful building which is ours, which we are trying to figure out how to market, either by leasing it to movie studios or just being creative and trying to reinvent.”

But mostly, Azria said she doesn’t want to lose her newfound sense of balance. “I think the first thing that happens when you stop working is you don’t know what to do with yourself. In 25 years, I didn’t develop any hobbies or relationships. I focused so much on my career that life was so empty. To reconnect with yourself you have to live, love, have compassion. From that, different opportunities come in because you are open to them. They don’t have to be financially great, because everything starts with your passion.” 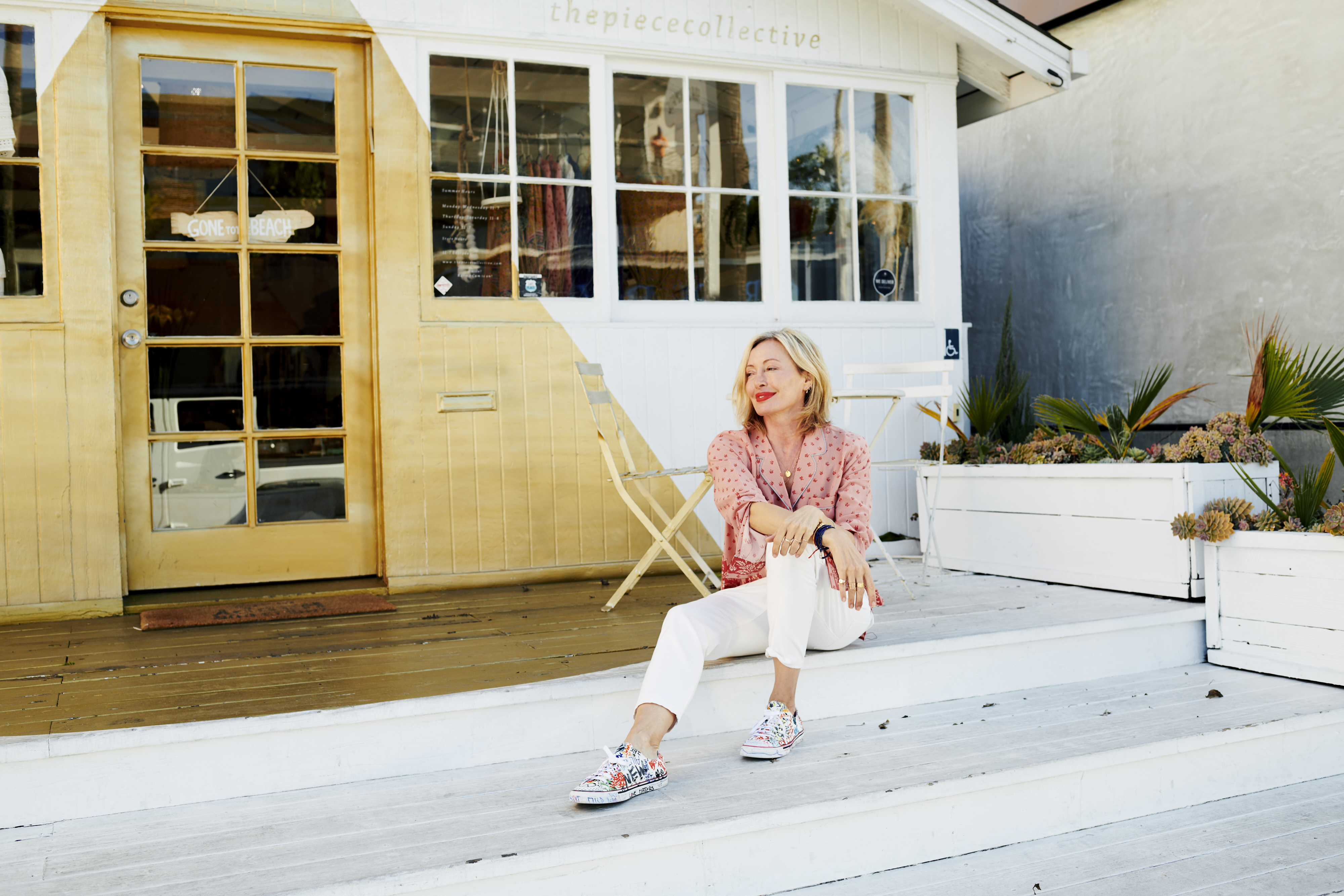 Lubov Azria in front of The Piece Collective in Venice, Calif.  Graham Walter/WWD