Building a relationship with stylists has boosted the company’s presence on the red carpet. 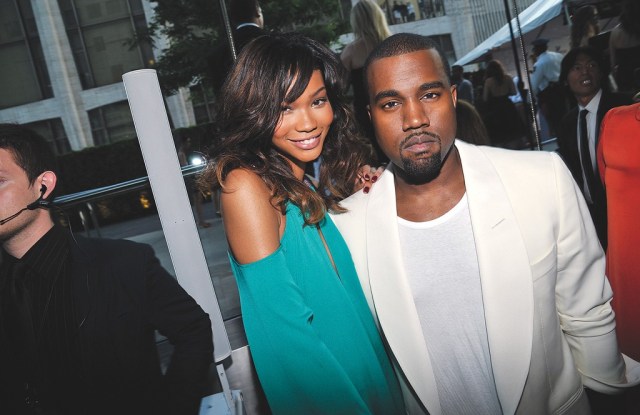 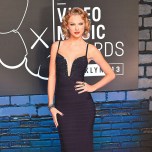 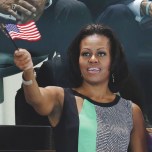 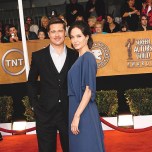 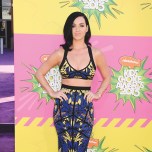 Anyone who might have wondered about the importance of Hollywood at BCBG needs to look no further than the red carpet.

From Angelina Jolie to Zoe Saldana, the brand has dressed the glamour set of stage and screen — as shown in the hallways of the Vernon, Calif., headquarters, which are lined with framed photos of Beyoncé, Alicia Keys, Rihanna, Taylor Swift, Miley Cyrus, Halle Berry, Sharon Stone and Fergie, to name a few.

And it’s more than a pretty photo op. As vice president of sales Robert Bronstein noted, “Our red-carpet presence absolutely affects sales. When people see a celebrity wearing one of our dresses, they want to buy it or something similar to it.”

While many of the looks come from the BCBG Max Azria Runway collection and Hervé Léger by Max Azria, quite a few are custom-made Max Azria Atelier.

“Atelier really started with us having a great relationship with stylists and wanting to understand their needs and create clothes that are unique and fit their styles,” said creative director Lubov Azria. “It’s an incredible process because you have to let go and step up.”

Independent stylist Elizabeth Stewart worked with Viola Davis during the 2009 and 2012 awards seasons, when she was Oscar and Golden Globe nominated for Best Supporting Actress for “Doubt” and “The Help,” respectively. In 2009, Davis wore a black and sheer Max Azria Atelier gown to the Golden Globes.

“I loved the old Hollywood feel of this gown, with a bit of a modern graphic feel thrown in,” said Stewart. “And they did a great job on the fit.”

“The second one was just a really fun choice — bold and graphic, but still perfectly appropriate for a lunch,” said Stewart.

“That was right after Amy had her baby,” recalled her stylist, Karla Welch. “She loved the color, and we added vintage Art Deco diamond clips.”

Welch also works with red-hot actress Olivia Wilde, and recalls Wilde’s first awards show — the People’s Choice Awards in 2009. Welch dressed Wilde in a white dress from the BCBG Max Azria Runway line. “We went for a ‘Jackie O in Capri’ vibe. The two Van Cleef & Arpels cuffs are actually replicas of pieces that Jackie wore in the White House. I loved this look.”

Welch has also used Hervé Léger by Max Azria on her clients, and appreciates the new, modern direction the brand has taken. For a “Tonight Show” appearance last year, she put Wilde in a gray-and-black jacquard A-line dress.

“This collection felt like such a departure for Léger. We loved the pattern and the delicate top,” she said.

She also chose Hervé Léger by Max Azria for rocker Pink at last year’s BET Awards. “The color, textures and shape of the dress I just love. It’s a crazy pattern, but it felt so chic,” she said of the multicolor peach, black and white sheath.

Tara Swennen works with singers and actresses, including Cyrus, Katy Perry, Kristen Stewart, Kaley Cuoco-Sweeting, Connie Britton and Julie Bowen, and the BCBG brands are among her favorites.

“It’s always important for me to match the dress to the mood and personality of each woman at the time,” Swennen said. “I have always been an admirer of the BCBG team; they are a pleasure to work with out here in L.A., and I have a very special place in my heart for Max and Lubov, as they have been extremely supportive of me and my clients since the beginning of my career.

“I love to watch the collections evolve through the years and do believe that they really have found their stride at the moment,” she added.

Swennen has gotten to know the Azrias well over the years. “As a stylist, they have not only taken me under their wing but have treated me as extended family of sorts, inviting me and my clients to numerous parties, gatherings and intimate dinners at their home, for everything from Shabbat to New Year’s Eve. They are a warm, welcoming and dynamic duo.”

For Lubov Azria, the green gown designed for a pregnant Jolie at Cannes is a particular favorite.
“We had a very similar dress in the line, and her stylist Jennifer Rade thought it would look amazing on her,” Azria said. “[Jolie] was in love with green so we made it in green. I didn’t know if she was going to wear it or not, but when I saw it in the press, it was just crazy. Angelina has an effortless way where the clothes don’t wear her.”

Recalled Rade: “They had given us some sketches and a large color card, and Angie picked that green off a swatch that was the size of a postage stamp. She doesn’t wear color very often, but she has eyes that have both blue and green in them, so it looked amazing on her.”

She also dressed Jolie in a navy Max Azria gown at the Screen Actors Guild Awards in 2009 and a light gray one-shouldered gown at the Critics’ Choice Awards the same year.

“I loved that dress on the runway because it was edgy and cool, and it was perfect with the ponytail to me,” said Rade.

The following year, Jolie wore a Max Azria Atelier dress to the “Salt” premiere in Berlin. “They made that for us practically overnight. It couldn’t have been more than two days. It was based on a silhouette they had in the collection,” said Rade.

When another client, actress Jenna Fischer, was pregnant and unexpectedly had to attend the Screen Actors Guild Awards in 2011, Rade called on them again.

“I told her, ‘Let me call the Azrias and see what they can come up with, because we can choose fabrics and they are great with construction.’ The blue gown was both easy and sexy,” said Rade. “You can’t help it, you go where you know. Their showroom is great, and you can just roll up and find easy ready-to-wear, and they are great with a gown. Their tailors are sweet, fun and friendly.”

Stylist Jessica Paster, who has used BCBG on clients Emily Blunt and Christina Applegate, said, “It’s just effortless, not trying too hard. I’m such a fan. I think they’ve made a real community out here.”

Paster also appreciates that the designs don’t overwhelm the wearer. “We all love the big, huge brands, but sometimes it’s hard for a young girl to carry off a look. BCBG always looks great. And what I love about the Hervé Léger dresses is that you can put one on and it needs absolutely no tailoring. The less ‘typical’ ones are my favorites.”