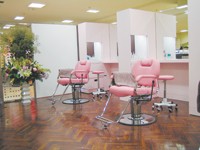 The retailer has stocked its nearly 100 stores with Anastasia brow products to satisfy skyrocketing demand after Soare gave Oprah Winfrey an “instant facelift” during an episode of Winfrey’s TV show that aired for a second time on Dec. 27. Prior to December, the products — the most popular are a $65 five-piece brow kit and $28 tweezers — were available in only around half of Nordstrom’s units.

“We have had other products that have been on Oprah, and it will be crazy for a week or two, but for her [Soare], it keeps on coming,” said Jennifer Kovacs, national market buyer for designer brands at Nordstrom. “It was more than just an interest; it was a bombardment.”

Anastasia brow bars, where Nordstrom customers at 65 stores now pay $25 to $35 for brow styling, are going into 20 more doors by fall, and the ultimate goal is to have bars throughout the chain. De­pending on the needs and sizes of the locations, Nordstrom features either an on-the-floor brow bar where aestheticians handle eyebrows in the beauty retailing area or a set-aside private Anastasia brow studio. There are about 40 Anastasia products meant for department stores.

Soare credited Nordstrom, where brow bars entered in 2000, with realizing that eyebrow services spark repeat business. “You bring the client back every three weeks,” she said. “I don’t know a woman who walks through the aisles of a cosmetics department who isn’t going to grab another lipstick. Nordstrom understood that concept.”

Introducing the brow bars to Nordstrom customers, though, has had some challenges. Kovacs and Peggy Moore, Nordstrom’s national merchandise manager for cosmetics, explained that requirements for eyebrow aestheticians vary from state to state — the materials in the flooring and the construction of the chairs are factors, too — and complications in bringing the stores up to code slowed the bars’ spread.

Before eyebrow aestheticians can shape clients’ arches, they have to undergo Anastasia’s training, even though the aestheticians are employed by Nordstrom. Kovacs said the initial training runs three full days, and there are monthly follow-ups by members of Anastasia’s team who jump from store to store. Soare reported that about 60 aestheticians at Nordstrom have been trained so far.

The work has paid off for both Nordstrom and Soare. Soare declined to disclose revenues, but said, “We are definitely in eight figures, and we will definitely double [in 2007].” She estimated her company’s revenues were split evenly between services and products.

Nordstrom is not the only retailer where Anastasia has seen positive results in the U.S. After entering 10 Sephora stores three years ago, Anastasia brow products are now in all 120 Sephora stores in the country, and the brand has large, four-chair brow studios at the Fifth Avenue and Times Square stores in Manhattan.

This month, Soare will launch a product line called New Brow designed to stimulate eyebrow hair growth, which is to be carried exclusively at Sephora for two months. Anastasia is also available at Ulta’s 150 stores nationwide.

Internationally, the next two years should be bellwethers for Soare, who still operates and plucks eyebrows in the almost 10-year-old Beverly Hills salon where she became prominent. In France, Anastasia has a brow studio at Le Printemps and plans to launch products in 170 Marionnaud doors by the end of 2008. Already there are 10 brow studios in Japanese department stores, but Soare has sights on the rest of Asia, and distribution in China and Korea is set for the near future. Talks are ongoing about putting Anastasia in Norway, Sweden and Denmark; Russia and Romania are on the table as well.

Branching out from eyebrows, Soare is introducing a line of body care and home products set to hit stores in the next four months. Her company is in negotiations to release the new merchandise exclusively to Nordstrom before making it available to other domestic retailers.

Despite the expansion, don’t expect Soare, the sole owner of Anastasia, to tap outsiders to accelerate her company’s growth any time soon. “I still think I could grow on my own a little bit more,” she said.