Growing up, Drew Barrymore plastered her wall with pictures of Cheryl Tiegs, Carol Alt and Christie Brinkley. Now, she joins them in the pantheon of Cover Girls. 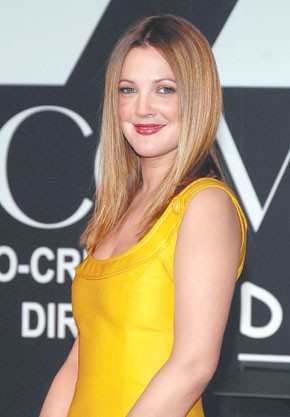 LOS ANGELES — Growing up, Drew Barrymore plastered her wall with pictures of Cheryl Tiegs, Carol Alt and Christie Brinkley. Now, she joins them in the pantheon of Cover Girls.

The Procter & Gamble-owned brand announced Wednesday that it has signed the 32-year-old actress to a multiyear deal to be the face of its cosmetics in national print and television advertising campaigns that will break in January. Barrymore will take a leading role in producing the television campaign as its co-creative director.

“I love being involved creatively in everything I do. I am not passive,” Barrymore said during a press conference Wednesday morning here. “Whether I am filming a documentary or working on a makeup campaign or producing movies, it is all a venue for me to express my creativity.”

Barrymore joins Queen Latifah, Keri Russell, Rihanna and Molly Sims in the current stable of Cover Girl faces. Although Barrymore has worked for Lancôme in the past, she has typically avoided commercial campaigns and said she signed on with Cover Girl because of the brand’s heritage and outlook.

“Not only do I love their products and they are so smart about what they are doing, but their accessibility and their philosophy is really what inspired me,” said Barrymore. “Being true to yourself is the most important thing.”

Esi Eggleston Bracey, vice president and general manager of Cover Girl Cosmetics in North America, said during a post-press conference interview that Cover Girl had long considered Barrymore for its advertising. She explained that Cover Girl was drawn to Barrymore’s genuine personality and her broad following.

“If you think about movies that she has done, she has a nice appeal to teenagers, which is important for us, but she is not just limited to teenagers,” said Eggleston Bracey. “Cover Girl speaks to the diversity of women and Drew does that.”

While Eggleston Bracey would not divulge the size and scope of Cover Girl’s contract with Barrymore, industry sources estimated that the actor could be earning from $1 million to $2 million a year as the face of the brand.

Wearing a canary yellow Carolina Herrera dress and pea green Christian Louboutin heels, Barrymore exhibited her playfulness during the press conference by joking that the dress formed a “marsupial pouch” when she sat.

This story first appeared in the April 12, 2007 issue of WWD. Subscribe Today.

Even five years ago, she confided, she might not have been comfortable enough with herself to become part of the Cover Girl lineage. “Your 20s are about trying everything and working really hard to establish what you want to do in your life,” said Barrymore, who has gone from childhood to adulthood in the movie business, starting with 1982’s “E.T. the Extra-Terrestrial.” “Your 30s is the time to take all of that research and experience and education and really truly apply it to taking your whole life higher.”

Photographer Michael Thompson shot the print campaign with Barrymore for Cover Girl over the weekend here. Linda Cantello and Orlando Pita handled the makeup and hair, respectively. The details of the TV campaign are still being hammered out, and Barrymore is busy vetting potential directors.

“How do I honor the tradition of Cover Girl and still bring myself?” Barrymore said she asked herself before doing the print campaign. “It is a tone and a feeling,” she said in an interview following the press conference. “They [the ads] look slightly back to the past, but they are very modern.” —?Rachel Brown

Cardello, who took her new post on Friday, was previously vice president of creative marketing at P&G Prestige Products, where she oversaw the creation of global fragrance, packaging design and advertising concepts for the Dunhill and Montblanc brands.

Prior to working with P&G, Cardello was vice president of central marketing on the Dunhill and Ellen Tracy fragrances with Cosmopolitan Cosmetics, the fine fragrances division of Wella AG.

“Joanne brings a wealth of experience to her role, including exceptional leadership skills and a vast knowledge of the global marketplace,” Robert Rumsby, Gemini’s chief operating officer, said in a statement. “We are delighted she has joined our team and believe she will be instrumental in leading the expansion of Gemini as new brands are added and new initiatives undertaken.”

Gemini markets fragrances under the Tommy Bahama and Kiss brands. It is set to introduce an Izod scent for men next year. — Michelle Edgar

The French foundation’s president, Catherine Disdet, looked back over a decade and a half of winners, including perennial bestsellers such as L’Eau d’Issey by Parfums Issey Miyake, Lolita Lempicka’s signature scent and J’adore by Parfums Christian Dior.