The $465 million acquisition of Del Laboratories Friday by DLI Holding Corp. is expected to kick the cosmetics company into high gear. 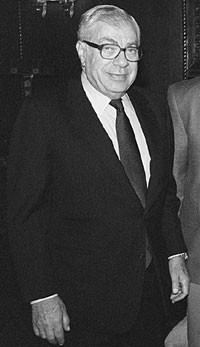 NEW YORK — The $465 million acquisition of Del Laboratories Friday by DLI Holding Corp. is expected to kick the cosmetics company into a higher growth gear.

David Baronoff, a managing director at Peter J. Solomon, a financial adviser for the transaction, said the deal allows the Uniondale, N.Y.-based Del to reposition itself in the market.

“Del is a really small company in the world of consumer products, and they’ve grown dramatically and successfully, bootstrapping on their own,” Baronoff explained. “Now, they are really going to have the resources and capital to grow their business.”

DLI Holding Corp. is a a joint venture between affiliates of Kelso & Co., an investment firm, and Church & Dwight Company Inc., the oral care company that markets a variety of products under the Arm & Hammer, Mentadent, Close-Up, Aim and Pepsodent brands.

Under the cash transaction slated to close in the fourth quarter, DLI Holding Corp. will buy Del for $385 million and assume $80 million in debt. Shareholders will receive $35 for each share of common stock, up 14 percent from its $30.70 closing price Thursday.

“This transaction offers both an immediate cash premium to Del Laboratories’ shareholders and the opportunity for the company to continue its growth,” Wassong said in a statement.

Wassong has signed an agreement to vote his shares, which comprised 30 percent of the company, in favor of the merger.

In the most recent quarter, Del stumbled. The firm’s decision to move its manufacturing facilities from New York to North Carolina caused its earnings to plummet 84.3 percent in the first quarter of 2004 to $680,000, or 7 cents a diluted share. But Baronoff said the company smoothed out the unanticipated wrinkles of relocating from Farmingdale, N.Y., to Rocky Point, N.C.

“Del had a blip in the last quarter because they shifted most of their manufacturing. It was a very big transition and, as a result, things don’t always work out as smoothly as you’d like,” Baronoff explained. “They really made a lot of progress getting the efficiency of the plant where they wanted it to be.”

Despite the manufacturing issues, Del’s Sally Hansen brand remained the leader in the mass market nail care category, according to data from market research firm ACNielsen. And, for the full fiscal year ended Dec. 31, the company’s net income grew 4.5 percent to $204 million, or $2.02 a diluted share, while sales for the year improved 10.1 percent to $386 million.

An influx of innovative products has kept Del on the cutting edge of nail treatment, overtaking Revlon as the top seller of nail color more than two years ago. Its Maximum Growth nail color has attracted new customers, as has its Chrome Nail Makeup, which was so hot it was being auctioned on eBay.

In 2003, the company introduced its Healing Beauty, billed as a healthier approach to makeup. Each product in the line contains a “Bio-Active Complex” of rosemary, lemongrass, peppermint and vitamins.

Del will become a privately held company of Kelso, with publicly owned Church & Dwight having 20 percent of the shares, Baronoff said.

“Bill McMenemy is the mastermind to take the company to the next level. They can be a player. They have not, up until now, had the brands to leverage against the P&Gs of the world,” said industry expert Allan Mottus.

From a retailer’s perspective, the deal is not expected to have any negative impact on business.

“We don’t expect this will change any of our dealings with them. They are working hard to fix some of the items that aren’t doing well,” said Valerie Cheyney, buyer for Happy Harry’s in Newark, Del.

One supermarket buyer described Del’s business as being “slow,” but praised the supplier for “bringing back the blue packaging for Corn Silk, and that is important.”

McMenemy said his plan is to continue with the company’s existing strategic formula of launching innovative beauty products that compete with some of the industry’s bigger names. On the beauty side, he expects the management structure to remain in tact.

In regard to some of the company’s slower-moving items, such as Healing Beauty, he said the team is “fine-tuning” and “weeding out any slow movers.”

— With contributions from Faye Brookman

According to the company, Charles Worthington hair care products generated 23 million pounds in 2003, or $41.8 million at current exchange. Worthington hair care products, which consist of several lines targeting different hair types, are sold in his salons in the U.S. and London; in U.S. drugstores, such as Walgreens, and in Boots in the U.K. The brand also is marketed in Australia, Thailand and Scandinavia. Charles Worthington’s six salons are not included in the deal.

Worthington, who worked closely on product development, as well as with the brand’s association with fashion week, will continue to be involved in marketing the brand. — Andrea Nagel