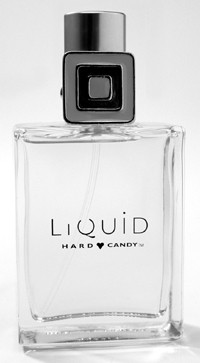 NEW YORK — The teen beauty industry is here to stay, but like the fickle demographic it serves, it is in constant motion.

Particularly in the mass market arena, where a flurry of teen brands loaded with glitter pots and scented lip glosses had blanketed the landscape, the number of players has fallen off dramatically over the past year.

The successful introduction of Jane Cosmetics in 1994 helped awaken marketers to the explosive buying power of teens and the spotlight on the young consumers drew unprecedented attention.

Retailers experimented with merchandising approaches and some junior fashion retailers even launched private label color lines. Department stores, suffering from reduced traffic, also began testing teen beauty concepts to draw younger shoppers. Efforts included She She at Federated stores and C Me, an exclusive teen line at select May Co. doors. Many discovered the fun lines appealed to an even younger group: tweens.

But the pendulum has swung back and the market is being centralized and reorganized after some of the efforts didn’t pan out.

Still, teen spending is as strong as ever. According to a new survey by Coinstar Inc., teens said they spend at least $264 per month. Gretchen Marks, vice president of marketing at Coinstar, said, “Teens are the fastest growing consumer segment today, spending $170 billion last year.” While a sizable amount is dedicated to movies, food, computers and cell phones, the teens said they spent 33 percent of their money on clothing and accessories, which includes beauty. The random survey polled 500 teens between the ages of 12 and 17.

Teens shop for beauty everywhere, and while they like glitter and flavored lip glosses, they are also drawn to adult brands. Cover Girl, a teen favorite, finds its sales split nearly evenly between those over 35 and those under 35.

So, as some players scale back, others jump in. CVS has discontinued its Grl Lab teen department, but Rite Aid has added Glam Camp. Target is said to be editing its existing teen section as well as adding a new exclusive line called Stuff by Hilary Duff.

Bonne Bell is also among a crop of firms that have been bringing new licensed products to the teen market. Its Smackers brand will soon unveil co-branded lip products in a deal with Starburst and Skittles brands.

Lotta Luv, a division of Skaffles Inc., is producing a slew of beauty products based on items like Junior Mints and Hershey Kisses, and most recently signed a deal with Snapple. Added Extras is marketing items in a licensed deal with Mike & Ike, Sour Patch and Ring Pops, and in addition to traditional mass doors has snagged distribution at Lord & Taylor, which is featuring candy gift sets in its holiday catalogue.

Steve Adler, president of Fiske Industries, the parent of Fira Cosmetics, said despite the tribulations, teen beauty can be a rewarding business.

“It is a treacherous market to say the least,” Adler said. “We’ve decided to stay in it because we are making money. The way we have been able to generate growth is with unique and unusual items.”

Fira’s hot item of the day is a cupcake-shaped lip gloss.

“The kids haven’t stopped buying,” he said. “They didn’t all of a sudden stop purchasing in the stores they go to. You have to be unique. They are very fickle. What is hot today will not be hot in six months.”

Shashi Batra, senior vice president of merchandising at Sephora USA, said rather than segregating youth-oriented brands “in a special area in the back of the house,” the retailer considers marketing to teens “part of the [overall] message, the core offering.”

“The teen market in beauty has been in mass for the longest time,” he said. This is “for various reasons,” he added, “one being price.” Additionally, he contended, the majority of the prestige beauty industry relies on demonstration, which is “not teen friendly in general. There’s an intimidation factor to walking up to a counter and having to be served.”

Batra said Sephora’s efforts to reach the teen market begin with product assortment and carry through to the store environment.

“We first and foremost focus on product,” he said, pointing to brands such as Urban Decay and Too Faced. Furthermore, the assortment is merchandised in a layout that makes “everything accessible — that’s key.”

The teen demographic “likes to experiment — to play, touch and test,” said Batra, who asserted that Sephora’s open- sell format is “geared to any demographic more into experimenting.”

“Gloss is the number one item in color that teens buy and there is a disproportionately high percentage of our color business coming out of gloss,” he added.

Even the core mass market teen brands have been revamping.

Despite being placed on the selling block by parent Plano Molding Co. in the spring, innovation and newness continue to be key focuses at Caboodles Cosmetics. Meanwhile, as reported, the four-year-old brand’s transitional chief executive officer Charles Beech is believed to be leading a leveraged buyout effort.

Spearheading the marketing, product development and public relations efforts for Caboodles is Sarina Godin, who was appointed director of marketing and product development in July. Whereas Caboodles’ color palettes have generally been soft and delicate, according to Godin, the brand is now emphasizing “edgier colors,” something she refers to as a “wow factor.”

“We’re really focusing on improving the line and creating edginess,” said Godin. “There are a lot of pastels now [and there] needs to be bolder colors.”

Earlier this year, Jane Cosmetics revealed a new store look and a revised advertising campaign. The Jane logo has also been slightly tweaked. The revised carded package maintains the flavor of the earlier version but with more white space, which brightens up the display. Additionally, lipsticks have been taken off cards and put in racks so the shades can stand out, and prices, which range from $2 to $5, will appear on shelf tags “to make a value statement,” said Jane marketers.

Last year, for the first time, Bonne Bell branched out beyond its home in Ohio to open a showroom and business offices in SoHo here. Offices also were opened in London last spring and then in Oslo, joining Sydney and Vienna. The family-owned firm has also expanded staff, bringing in seasoned marketers with experience from firms such as Johnson & Johnson and Maybelline.

“Overall, our business is extremely strong. We know what we do well and focus on that,” Bonne Bell chairman Jess [Buddy] Bell told WWD recently. “But, we also know that the economy and the world is changing and so are our customers. We must evolve with that change to stay relevant and continue growing.”