Nabela Noor began her ascent to digital fame in 2013 by sharing makeup tutorials, product reviews and an inside look at her love life and experience as a Bangladeshi-American woman for her now nearly 700,000 subscribers on YouTube and one million-plus Instagram followers.

But her popularity catapulted in 2017 when she posted a 54-second viral clip in which she wrote in makeup concealer on her face negative comments from her viewers about her appearance, before erasing and replacing them with a message of self-love.

Clearly, the 27-year-old has a knack for spinning negativity into positive results. Such is the case with her apparel line Zeba,launching today.

“Being in the public eye, my body is always a topic of conversation,” Noor told WWD. “I was doing makeup tutorials, but the conversation would always revolve around my body as though it’s wrong.” Over the years, her comments section has been littered with such alarming remarks as, “If I was that size, I’d kill myself.” “You’re a waste of space” and “I don’t know how your husband is with you when you look like that,” she remembers. But there was also a community of inquisitive, supportive women who rallied around her.

“I was getting comment after comment about how I was dressed so confidently in my own size and I thought, ‘Why shouldn’t I?’” She continued: “My goal then went from: ‘Let me show you a makeup look’ to ‘let me show you how you can love yourself.’ There was the realization that a lot of people need to know that they are perfectly good enough as they are and they can wear what they want to wear. Then I realized I can tell them that, but if they don’t have access to those garments that can make them feel that way then it’s all just white noise.”

Her answer is Zeba, the first fashion collection for the beauty influencer, which could signal a crossover trend in the digital branding space. It bows with a single lilac T-shirt and will soon grow into a full “feminine, flirty and girly” range, including dresses, skirts, blouses and leisurewear. The $25 T —  emblazoned with the motto, “Be your own kind of beautiful” — serves as both an introduction to her label (which gets its name from her mother and can be translated to “Beautiful” in Arabic), and a disruptor of convention.

“We’re reinventing how we’re approaching sizing. In the world of Zeba, extra small is Passionate, small is Brave, medium is Inspiring, large is Fearless, extra large is Radiant, 2x is Powerful, 3x is Loved and 4x is Independent.” (The only place the customer will encounter traditional sizing is while shopping online, and not on the actual garments.) “There’s money behind insecurity and there’s money behind doubt. My goal is to have something that’s lasting,” says Noor.

While the price range is still being finalized for the full launch, Noor adds, “My goal is to be as inclusive as possible in price. A lot of retailers provide plus-size, but they’re very expensive. We feel punished for being a larger size and I don’t want anyone to feel punished.” 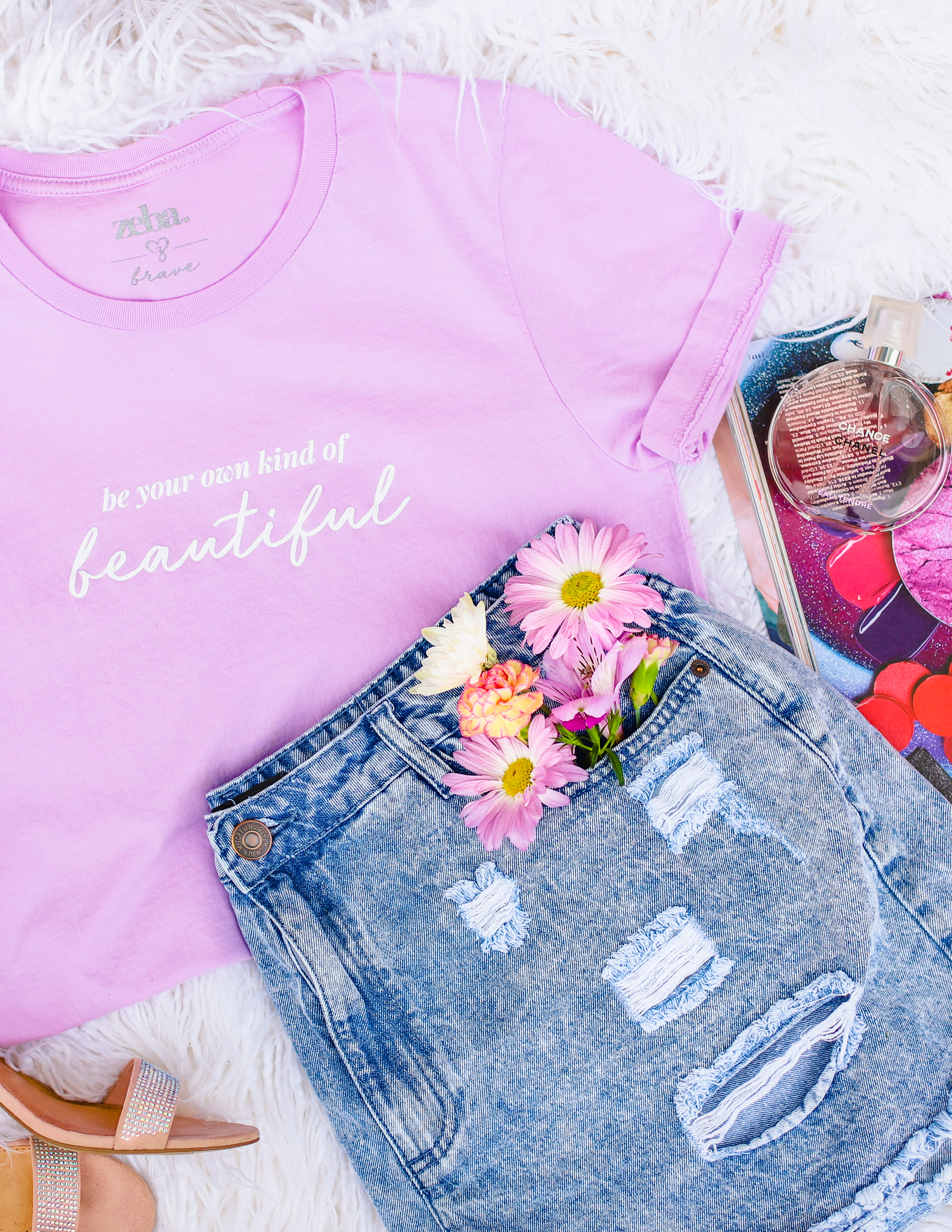