Behind Altuzarra’s Move to Paris

Joseph Altuzarra is among the Americans choosing to show in Paris. His reasons are personal. 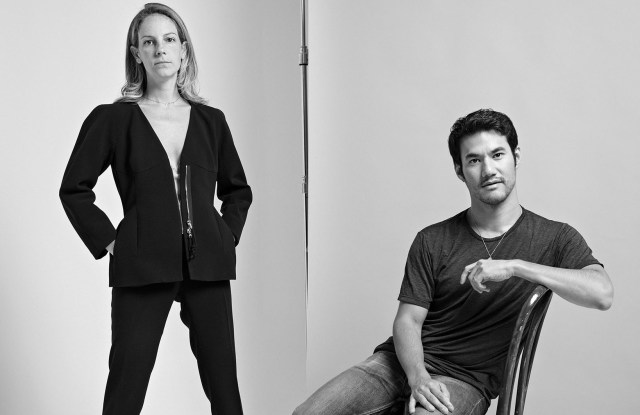 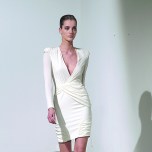 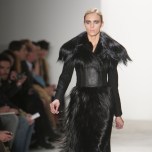 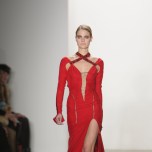 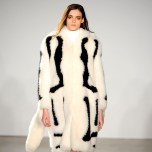 When the news came in July that Joseph Altuzarra, too, would be among the American designers taking his runway show to Paris for the spring 2018 season with plans to show there indefinitely, it read as a bandwagon decision. By then, Proenza Schouler and Rodarte had already shown their spring collections in Paris during couture, and a few weeks earlier Thom Browne announced that his spring women’s show would be in the French capital, where he has been staging his men’s runway shows for years.

The simultaneous departure from New York Fashion Week of those labels, four of New York’s top talents, felt like an exodus, and stirred no shortage of conversation about the critical state of NYFW. For the most part, the on-the-record reasoning behind Paris over New York was international business growth, but Altuzarra contends that he is largely motivated by something else.

“The simple answer is that I’m French and I want to show in Paris,” he said during a late summer interview with his chief executive officer Karis Durmer in Altuzarra’s New York studio in the Woolworth Building. “I grew up in Paris. I’m half French. I feel very French in a lot of ways and it’s obviously a big part of my life, a big part of my references and by extension a big part of the story of the brand.”

There’s no denying Altuzarra’s roots and professional French connections. The son of a French father and Chinese-American mother, he spent his childhood in Paris’ 7th arrondissement before moving to the U.S. to attend Swarthmore College. He launched his label in New York in 2008 and has shown during New York Fashion Week since 2009. In 2013, Kering, the French conglomerate that controls Gucci, Saint Laurent, Puma and other brands, bought a minority stake in Altuzarra. “We’ve thought about Paris before,” Durmer said. “I’ve been here six years now and it’s always been a conversation for us.”

There’s also no denying that the decision to move to Paris this season of all seasons seems more than coincidental. “We kept talking about it and never moving,” Durmer said. “It’s not about all the people who are moving to Paris. One of the reasons we really started pushing too was this conversation that’s everywhere.” She was referring to the industry’s ongoing existential crisis about the state of fashion shows — the timing, the format, the calendar slot, the location, the see-now-buy-now — that came to a head when the CFDA published its Boston Consulting Group study.

Since his earliest collection, the Altuzarra aesthetic has been anchored in a style and attitude the fashion industry deems very French. “I’ve always been inspired by a very specific woman,” he said. “She’s sexy. She’s seductive. She’s multicultural and travels. She might have an apartment in the 7th arrondissement.” Carine Roitfeld, with her addiction to slick pencil skirts and sharp tailoring, was an early muse and advocate. Pencil skirts and lean tailored jackets have become stock Altuzarra pieces.

The label is and always has been New York-based. Altuzarra has been a favorite of the CFDA, winning the CFDA/Vogue Fashion Fund in 2011 and the CFDA Award for women’s wear in 2014. If technically Altuzarra is an American brand, the designer would like to broaden that perception. “It’s really important for me that people understand the brand is not just an American brand but that it is global, multicultural and reflects who I am as a person,” he said. “We’ve always shown the brand through the lens of New York. What’s going to be really interesting is, even though the collection and my references and who I’m dressing isn’t changing, I actually think the lens through which people see it in Paris might change.” Asked if he wishes he had made the move to Paris sooner, he said, “Yeah, sort of.”

It goes without saying — while none of the American designers who have taken their shows to Paris will outright admit it — that they want to be elevated by the higher stakes and prestige of the Paris stage. And of the group, no one has rights to city like Altuzarra. Asked what he thinks the perception of New York versus Paris is, Altuzarra was mostly diplomatic. “I think the definitions are changing a lot,” he said. “New York has always been an incredible champion for new talent in a way that other cities haven’t and I very much benefited from this when I started the company….In the past there was this sense that New York was very sportswear and commercial and that Paris was what you would traditionally think of as luxury fashion and had much bigger houses. The definitions are becoming much more fluid.” As for feeling pressure to raise the bar for Paris, Altuzarra said he’s treating the collection the same as all his others. “I feel like every show since the beginning has been high stakes,” he said.

As personal as Paris is to Altuzarra, there are business considerations, too — namely, international expansion. Both Rodarte and Proenza Schouler realigned their runway shows to the Paris couture schedule in the interest of getting more of their runway collections bought on the pre-season schedule and to increase international visibility. The latter is one of Altuzarra’s strategic points. Billing Paris as the biggest international hub seems to imply that New York doesn’t attract a global audience, which is puzzling to anyone who has attended New York Fashion Week and seen the same international editorial and retail faces sitting across the aisle as they do in Paris and Milan. “I think all the major [stores] come to New York,” Durmer said. “There are a lot of independent retailers that don’t come to New York or haven’t attended an Altuzarra show in the past.” She added that while the top editors attend all the international fashion weeks, there’s usually not a travel budget for the whole masthead. “It’s the full team that we really want to introduce to the brand,” she said.

“I can’t stress this enough,” Altuzarra said. “My family is there. My grandmother, who’s never come to one of my shows, is there. My friends from high school are there.”

Naturally, nothing was decided on a whim. There’s a fairly rigid application process to be invited by the Fédération de la Haute Couture et de la Mode. According to Pascal Morand, the organization’s executive director, roughly 30 applications from designers wishing to present on the Paris schedule come in each season. For spring, they accepted four, Altuzarra among them. He had to submit an application to a committee of 10 federation members, as well as journalist and retailers. They look for “a brand with a lot of talent, that’s very creative, has a specificity of styling and great savoir faire, and at the same time a global creative strategy,” Morand said.

Altuzarra was approved in mid-July. He hasn’t yet announced his venue, but he secured the slot of 6 p.m. on Sept. 30.

A permanent showroom space in Paris, which the company acquired six months ago, provides a homebase for the team that will facilitate show set-up. “That was one thing that really freed us up to take the position logistically,” Durmer said. She stressed that the company is still small and it’s a by-the-book brand. While there had been internal talks of moving to Paris for a while, she wanted to build out the team before tackling a relocation. In the last year, they’ve made several key hires, a new head of merchandising, a new head of sales, a new head of production and they’ve added to the accessories team.

Durmer declined to disclose specific sales volume but said that Altuzarra’s next benchmark is $50 million. Ready-to-wear is the dominant category, but shoes are up 300 percent year-over-year. Handbags are also a growth category. E-commerce and the brand’s own retail are still off in the distance, but Altuzarra will launch a new category during the spring runway: eyewear through Kering’s eyewear division. “We are looking at new categories,” Durmer said. “But I think it’s important to say that we’re focused on what we’re doing well.”