Beirut’s Designers Assess the Damage, and Dream of Paris

Rocked by Tuesday’s explosion, Beirut's fashion businesses are clearing up and moving on, with plans to show, and sell, couture and rtw collections in Paris next month.

A soldier stands at the devastated site of the explosion in the port of Beirut, Lebanon.

LONDON — Beirut’s fashion community is looking beyond the country’s latest tragedy to the runways of Paris and to helping one another — and Lebanon’s ravaged capital — return to work as quickly as possible.

With a humanitarian crisis looming, and Lebanon’s contentious political leaders refusing to take the blame for an explosion on Tuesday that killed at least 158 people and left hundreds of thousands injured or homeless, fashion figures are trying to plan for the future.

“Resilience is printed in our DNA, and we will not let this interfere with our plans going forward. Our business will go on. We have to be sensible, bring hope to people and lead by example,” said Elie Saab Jr., chief executive officer of the family fashion house, adding that the founder, Elie Saab, built the company during the civil war in Lebanon.

Saab said the company plans to show and sell the couture, bridal and ready-to-wear collections per its plan, which it had rejigged earlier this year in response to the COVID-19 crisis.

The house is looking to present couture online in September and will show rtw in Paris at the end of that month, although the format of the rtw event has not yet been determined due to the risk of a second spike in COVID-19 cases. 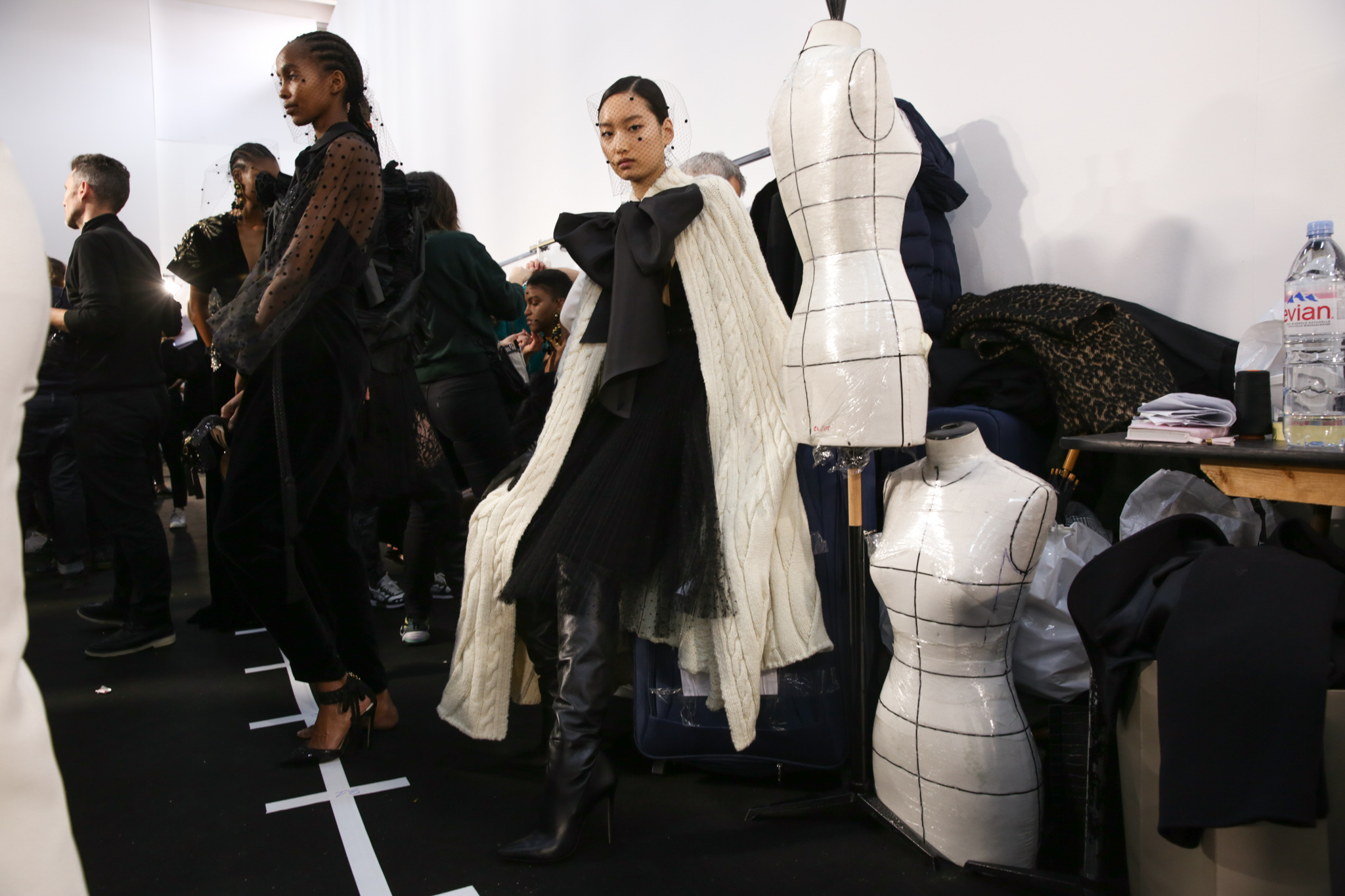 In an interview on Friday, a few days after multiple explosions tore through Beirut’s port and city center and damaged the fashion house’s building in the Central District, Saab was stoical.

The explosion was a further blow to a country undergoing a profound economic and political crisis that has caused food prices to soar and the currency to plummet. After a series of protests last year against a government that critics say is endemically corrupt, Lebanon went into lockdown in a bid to stop the spread of the coronavirus.

Following last Tuesday’s blast, protesters took to the streets calling for a revolution, and blaming the country’s slow-moving, divided leadership for the explosion. There were massive protests throughout Beirut over the weekend, with some protestors occupying government buildings until they were pushed out by the police or military.

On Friday, Lebanon’s president Michel Aoun said the country was looking into the possibility that “a rocket or a bomb” ignited the 2,750 tons of ammonium nitrate that had been sitting in storage in Beirut’s port for six years, after being seized and impounded from a cargo ship. No one knows why such a potentially toxic substance, a key ingredient in fertilizer bombs, had been stored there for so long.

Saab said his family’s business is fortunate as it’s diversified around the world, while the Beirut headquarters should be repaired by mid-August. “They’re starting work on it tomorrow, and we’ll be returning to our usual schedule soon,” he said. 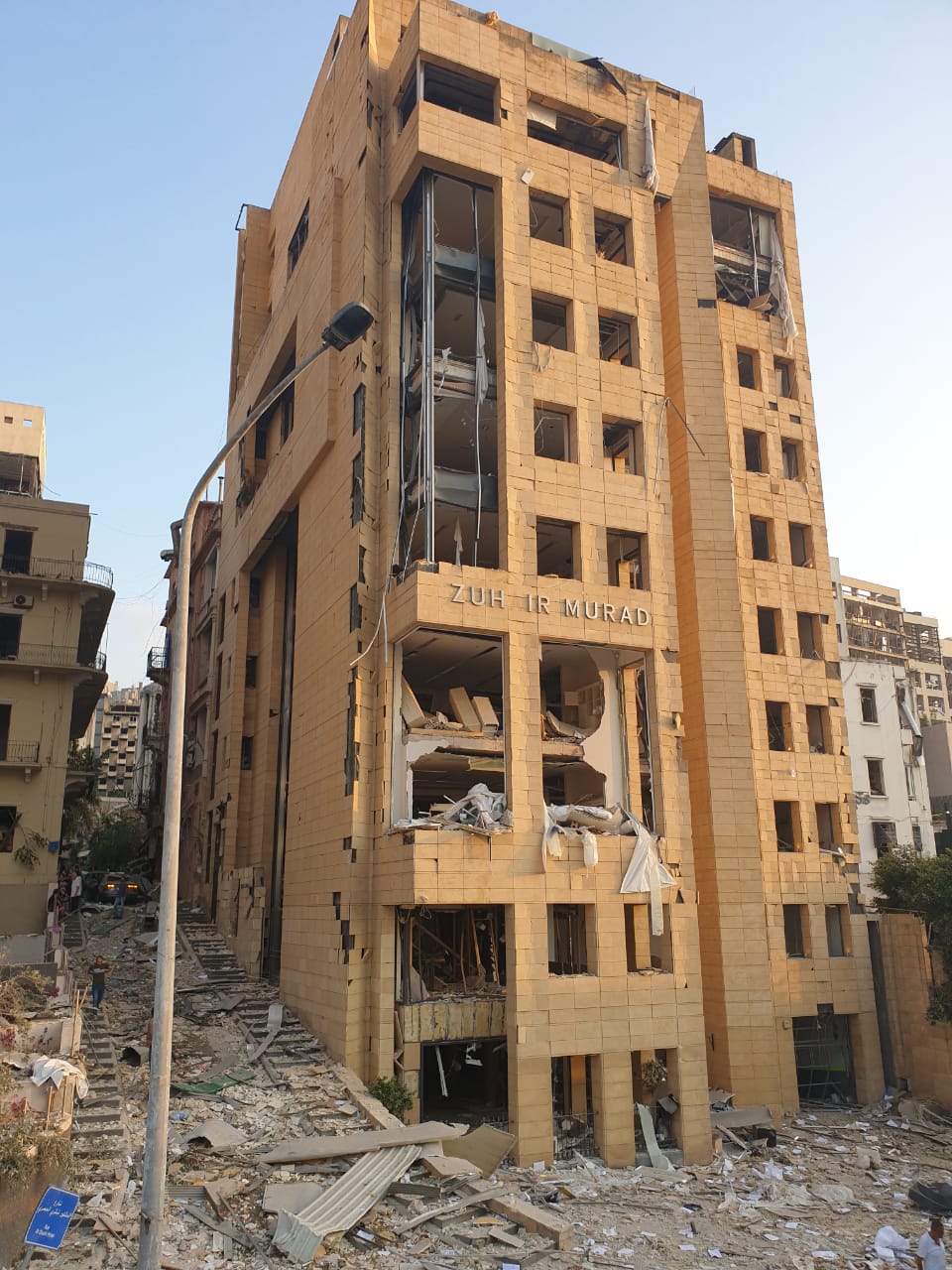 Bridal, couture and rtw designer Zuhair Murad’s entire building, which was located 200 meters away from the site of the blast, was destroyed, and he’s since met with engineers who told him it will take a year to rebuild.

In the meantime, he has IT people working on what’s left of the server in order to salvage sketches for his spring 2021 collection.

Still, Murad is counting his luck: None of his 200 members of staff was hurt or injured despite being so close to the blast, while he and the staff can operate from home, or from temporary bridal and couture ateliers. “And we’re going to work day and night to ensure we’re ready for Paris Fashion Week,” he said.

Murad will certainly be busy: In the week before the blast, he showed and sold pieces from his bridal collection via Zoom, because he couldn’t make his usual trip to New York due to COVID-19.

Next week, the company will begin raising funds for the Lebanese Red Cross and the humanitarian organization Offre Joie with the sale of two T-shirt styles and a hoodie. The black tops read “Rise From the Ashes,” and will be sold on Represent.com for 25 pounds, with an accompanying social media campaign. Lebanon is often referred to as the Phoenix of the Middle East for its ability to rise up and rebuild after war.

She witnessed Tuesday’s explosion and said the FTA’s Beirut headquarters has been completely destroyed, but now it’s time to rebuild. She said it was crucial to keep creative businesses operating in the city.

Fares said designers were pulling together to ensure there would be no “domino effect” on local artisanal, graphic design or other creative businesses that rely on fashion. “We need to keep the creatives working here,” she said.

There is an “incredible sense of community and solidarity right now,” said Fares, with designers and others volunteering to clean up the city. “We are lucky to have each other,” she said, adding that designers have just begun brainstorming about fund-raising, although it’s still early days.

Fares is confident that despite the political, economic, and financial challenges that Lebanon is undergoing — not to mention the COVID-19 crisis and protesters in the streets — her country will pull through.

“The Lebanese are incredibly resilient, and have always managed to emerge stronger” from their crises, she said.

While the FTA building has been destroyed, that show will still go on. The 2021 awards are still in the pipeline, as they recognize designers from across the Middle East and North Africa. Sheikha Al Mayassa bint Hamad bin Khalifa Al Thani is the co-chair of the FTA.

The last awards were handed out in May, in an online event during lockdown. Among the winners was the Beirut-based footwear designer Andrea Wazen, who was named accessories designer of the year.

As reported, Wazen’s office was destroyed in the blast.

“We have nothing left. The store is completely broken down, and the office is destroyed. Our sales manager was injured, but luckily survived. Everything we have worked on has been torn apart,” said Wazen, who has spent the past few days helping to clear up Beirut’s streets.