Rihanna, Hailey Baldwin, the Hadid sisters and the Kardashian-Jenner clan have all been spotted in the brand's cult pieces. 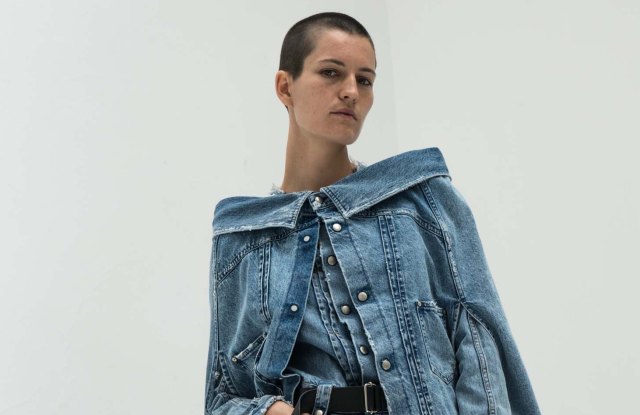 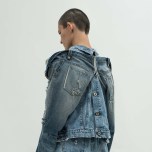 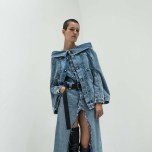 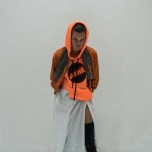 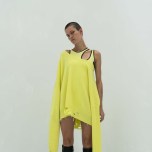 Rihanna, Lily Aldridge, Alessandra Ambrosio, Hailey Baldwin, the Hadid sisters and the Kardashian-Jenner clan have all been spotted in Unravel’s cult lace-up leather pants, boots, destroyed T-shirts and satin bombers. Though most of the collection bears no visible logos or branding, Unravel has become recognizable for its effortlessly sexy, tough-girl appeal.

That’s something designer Ben Taverniti could never have predicted when he launched the Los Angeles-based label less than a year ago.

“I’m not pushing for it,” Taverniti said of Unravel’s sudden following. “It’s a truly organic thing, not a marketing strategy….I rarely repost [celebrities wearing Unravel] on my Instagram. I just like to make cool stuff and I’m so happy that people really want it.”

Taverniti’s fiancée, Joyce Bonelli, has been a regular makeup artist to the Kardashian family — and a permanent fixture in their glam squad — for over a decade. As the story goes, Bonelli started wearing Unravel around town and her friends, many of them famous, couldn’t stop asking about the pieces, often yanking the clothes right off her back.

Growing up in Toulouse, France, Taverniti’s role model was his father, Jimmy Taverniti, a popular fashion designer in the Eighties. “It was literally in my genes,” Taverniti said of fashion. “I was going to a fabric trade show when I was 12 years old. It wasn’t normal, but it helped me become who I am.”

Taverniti attended the ESMOD fashion design school in Paris, rising to the top of his class, then worked for Jeremy Scott and his father’s company, Taverniti Couture, before moving to Los Angeles to pursue a career in the denim business. He landed at Hudson Jeans, where he became creative director and designer, a position he held for more than 10 years.

“I was at Hudson Jeans from the early days of the business,” Taverniti said. “It gave me a different perspective [on fashion]. It means nothing if you don’t understand the proper structure of a business….There’s so much financial pressure on brands. It didn’t turn me off, but eventually, I was like, ‘Wow, I spend more time in operations than in design.'”

Taverniti started to design a collection of his own on the side — a small capsule of bomber jackets and tees — and immediately caught the attention of major department stores and boutiques. “I picked up one store after another, and I said, ‘Wow, OK, there’s something here,'” he said. “It proved that people were ready for something different. I felt that I had something to say. I wanted to be myself, to create something antiseason, antigender…and do whatever I wanted to do. So I took a gamble. Everybody thought I was crazy. Everybody told me I was out of my mind.”

Taverniti — who is expecting twins soon with Bonelli — splits his time between his home in Los Angeles; his office in Milan, where the collection is manufactured, and his showroom in Paris. “Unravel fits in perfectly with the L.A. lifestyle; it’s laid-back yet cool with an edge. But I’m French and you cannot take the French out of me,” he said. “I’ve been in L.A. for 11 years, but I’m still very French….I think Unravel has this feel of Los Angeles but also this European sensibility…it’s about finding the right balance.”

“Androgyny is one of the sexiest things to me,” Taverniti said, citing Rick Owens, Helmut Lang and Martin Margiela in the late Nineties as a few of his muses. “They created this language and this antifashion and that’s what I wanted to create. The collection is important — no question. But the reality is, what do we have to say and how do we put it out there? How do create the language that people understand? That’s what gets me excited every morning.”

Unravel, which is stocked at Barneys New York, FWRD by Elyse Walker and Selfridges among other stores, will expand its footwear collection with sneakers, heels and boots for fall 2017 as well as grow its men’s collection, which it introduced in fall 2016. In March, the brand will stage its first presentation during Paris Fashion Week.