The sixth edition of Mercedes-Benz Fashion Week Berlin featured the most solid fashion lineup to date. 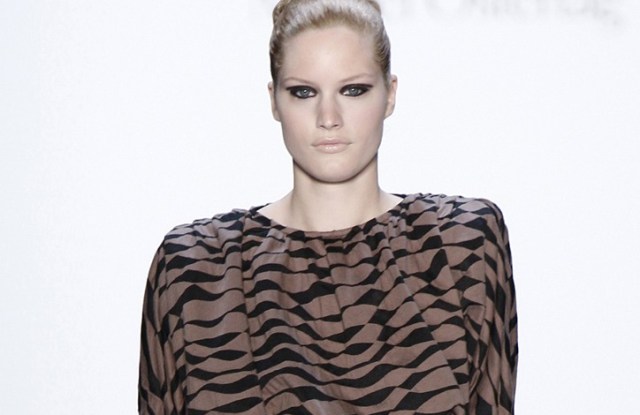 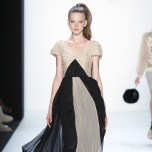 The 30 fall shows drew 23,000 visitors to the official tent on Bebelplatz and assorted off-site venues, up from about 22,000 last summer. Berlin also hosted another 20-plus events and presentations. Buyers, however, are not the main audience at the shows, which ran Jan. 20 to 23, and which continue to function primarily as a photo opportunity for companies to enhance their image and brand recognition. That isn’t to say retailers weren’t in town — an estimated 90,000 visitors attended Bread & Butter and Premium drew more than 40,000.

From a fashion standpoint, Berlin spoke to and from a variety of vantage points, though ties to the city’s dressed-down street style seem to be on the wane. Silhouettes focused on both the ultrarounded and strictly linear, with fabrics running from warm and cozy to unseasonably light. Knitwear especially exploded into the overdimensional, and jersey is developing into an all-purpose genre of its own. Fall will be a season of folds, drapes, fluttering scarf effects and hanging appendages of all sorts, dresses galore, and also pants — skinny or wide — plus shorts and jumpsuits.

This season saw a heightened level of professionalism on the part of Germany’s younger talents, with strong debuts from first-timers Perret Schaad, Sam Frenzel and Arrondissement Aq1. There were further strides from Michael Sontag, Penkov, Mongrels in Common, Marcel Ostertag, Esther Perbandt and Frida Weyer — all German but not necessarily Berlin-based. Perhaps the biggest surprise, though, was Rena Lange’s first Berlin runway show, a celebration of workmanship and feminine allure.

Other established German brands like Boss Black, Schumacher, Allude and Strenesse Blue also moved the more commercial sector stylishly forward for fall. However, big wasn’t always better. Showing together under the banner of Michalsky StyleNite, the fall collections by Michalsky, Lala Berlin and Kaviar Gauche had trouble living up to the megascale of the 2,000-seat Friedrichstadt Palast theater.