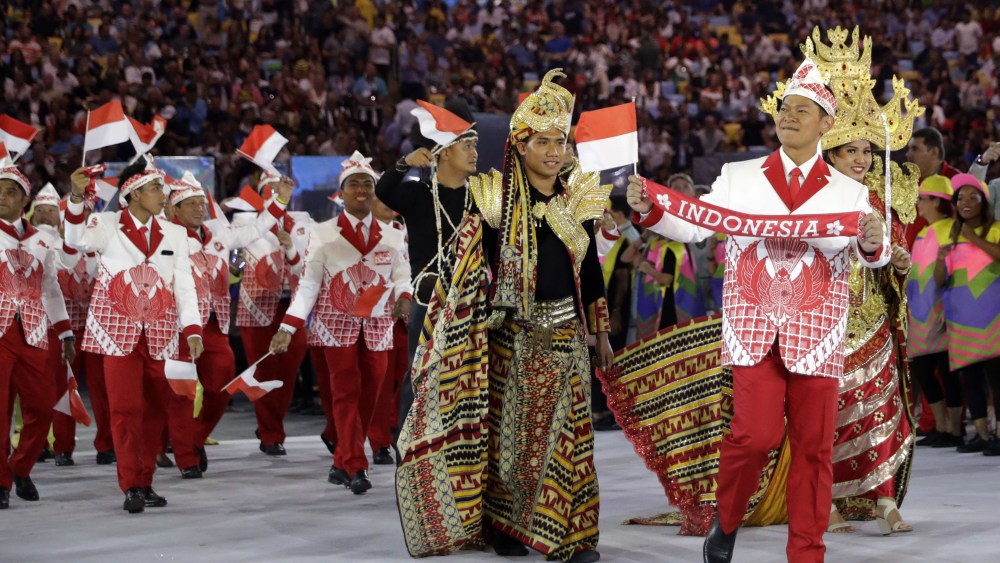 At the Rio de Janeiro 2016 Summer Olympics, the Parade of Nations at Brazil’s Maracanã Stadium doubled as an international fashion show. Here, WWD’s picks of the 10 best uniforms from the Opening Ceremony:

In sharp red blazers emblazoned with a modernly graphic white maple leaf, Canada’s national emblem — designed by none other than twin Canadians Dean and Dan Caten of Dsquared2 — Team Canada marched in style.

Ralph Lauren was again responsible for the preppy Team USA uniforms, which were made entirely in the U.S. The entire outfit, from the navy wool blazer ($695) to the striped belt ($95), can be purchased (and personalized) online at ralphlauren.com/teamusa, for those who didn’t qualify for the Games but are Olympians at heart.

Members of the South African team brought the retro, streetwear funk in green and yellow tracksuits with sneakers to match.

Admit it — you had never heard of Tonga, the sovereign state of 170 Polynesian islands, before Pita Taufatofua carried the flag for the kingdom, bare-chested and greased up like a watermelon. The 32-year-old Australia-native and master of taekwondo went viral thanks to his bulging pecs lacquered in coconut oil and tribal skirt that was on trend with fashion’s gender fluid moment. (Though Taufatofua’s buff bod was undeniably masculine.)

Talk about regal: Two reps from Indonesia wore traditional ceremonial costumes and resplendent gold headdresses, while the rest of the team sported red and white batik blazers. They sort of resembled boxes of Chinese take-out, but, hey, who doesn’t love take-out?

In a look that wouldn’t feel out of place on the Ann Demeulemeester runway, Team Pakistan wore loose white tunics over pants — a traditional look better known as the traditional salwar kameez — styled under dark green waistcoats.

Cuban style has been a subject of fascination in high fashion this year. Team Cuba brought its fashion A-game to the OCs, nailing the whole ath-leisure thing with bright red and blue tracksuits. For the closing ceremony on Aug. 21, the team will wear an even spiffier outfit, the result of a collaboration between French professional handball player Henri Tai and Christian Louboutin. Naturally, with Louboutin in the mix, the footwear will be particularly on point: low-heeled sandals for the ladies and red leather high-top sneakers for the gents, both adorned with white stars from the Cuban flag.