Beth Buccini Looks Back on 20 Years of Fashion at Kirna Zabête, and Plans for 20 More

The groundbreaking retailer was an early supporter of talents such as Rick Owens and Nicolas Ghesquière, and survived designer musical chairs, a recession and dramatic shifts in consumer behavior.

Kirna Zabête‘s raison d’être in opening in August 1999 a 5,000-square-foot boutique at 96 Greene Street in Manhattan’s SoHo was to introduce monastic New Yorkers, whose go-to uniform was black everything, to the pleasures of color.

Everything about the store seemed exotic, from the unabashedly vivid hues of styles from emerging designers — discovered by the retailer and nurtured like hothouse flowers — to the space itself, envisioned by contemporary artist Jim Dine’s son Nick with lavender-painted wood floors, school-bus-yellow jewelry vitrines, a maraschino cherry-colored staircase, and Dine’s furniture for the store, including hexagonal purple Neoprene poufs for the dressing rooms.

Even the name was unusual, a mash-up of nicknames owner Beth Buccini and her former partner and University of Virginia pal Sarah Easley said were bestowed on them by “some stupid boyfriends,” Buccini recently recalled in her lilting Southern drawl. She added that the moniker caught the attention of curious consumers at a time when “advertising for our little boutique wasn’t in the budget.”

Kirna Zabête earned bragging rights for being the inaugural store to sell designers who subsequently achieved great success. “We were the first store to carry Nicolas Ghesquière. We were the first store to carry Rick Owens [in Manhattan],” Buccini said, recalling that his delivery was late. “I called on his cell phone and said, ‘Where is our order?’ He said, ‘Are you mad?’ Then said, ‘Hold on, hold on, I’m parallel parking in front of your store.'”

Read about Kirna Zabête’s opening in 1999

“I definitely want to open a few new stores and I’m actively vetting new places,” Buccini said. “I still really believe in brick-and-mortar. There’s far too many stores in New York City. When Kirna Zabête opened, there was a void. I’ll open where I see an opportunity.”

Then then Beth Shepherd graduated when she was 21 from UVA and moved to Manhattan, where she got a job at the now-defunct Mirabella magazine, and then New York Magazine, ultimately becoming the fashion editor. Identifying a void in the downtown market, she moved on the opportunity.

“I was living in the West Village and didn’t want to go uptown to shop for clothes. All the products [pictured in fashion stories] had to be credited, and they wanted us to give the credits to a New York store,” said Buccini, who didn’t have to think too hard about which one, citing Kirna Zabête as the retailer. “It was an incredible lesson on how to buy for a store.

“I signed the lease when I was 26 years old. I met my husband shortly after we opened, and he told me he wanted to move out of the city. I said, ‘I just, I signed a 10-year lease, you’re not going anywhere.’ I had four kids in five years,” said Buccini.

The women bootstrapped it in the early days. Their warehouse was one of their apartments and meetings with potential vendors were held at a neighborhood café. “It was truly pre-Internet,” Buccini said. “We barely had e-mail addresses. When we launched our Internet site, the page was white with our logo and we had to write, ‘click to enter.’ It was a completely different world then, it was so long ago.

“We were 14 years into the business, and our lease in SoHo was coming up,” Buccini said. “Our building needed an overhaul and our rent was rising. We moved to Broome Street in 2013 and doubled our space.”

Easley in 2016 sold her half of the business to Buccini. “After we parted, I opened three new stores,” Buccini said, adding that in the summer of 2016, she opened a Kirna Zabête pop-up shop in East Hampton.

“By Labor Day, I said, ‘There is absolutely no way I’m closing this store. Everyone is relaxed,” Buccini said. “You just need something to wear that night. I had a sense it would work because people started calling me and saying, ‘When are you coming out? Can you bring me such-and-such dress and shoes.'”

Later that year, Buccini unveiled a store in Bryn Mawr, Pa., a location that would seem counterintuitive. “In the secondary market, people were positively hungry for fashion, and grateful and joyous,” she said. “There was no specialty store on the Main Line of Philadelphia and plenty of women who absolutely love fashion. People had never seen anything like Kirna Zabête. It’s pretty close to where my kids go to school. The joke is that I would go to parent-teacher meetings and every mom would ask me where I got my dress and shoes.”

Buccini is old-school when it comes to retail. “I’m in a different store five days a week, if not six or seven days. The same team has been at the Bryn Mawr location since opening and they know the clients really well. That store’s conversion rate is 50 percent, which is unheard of.” 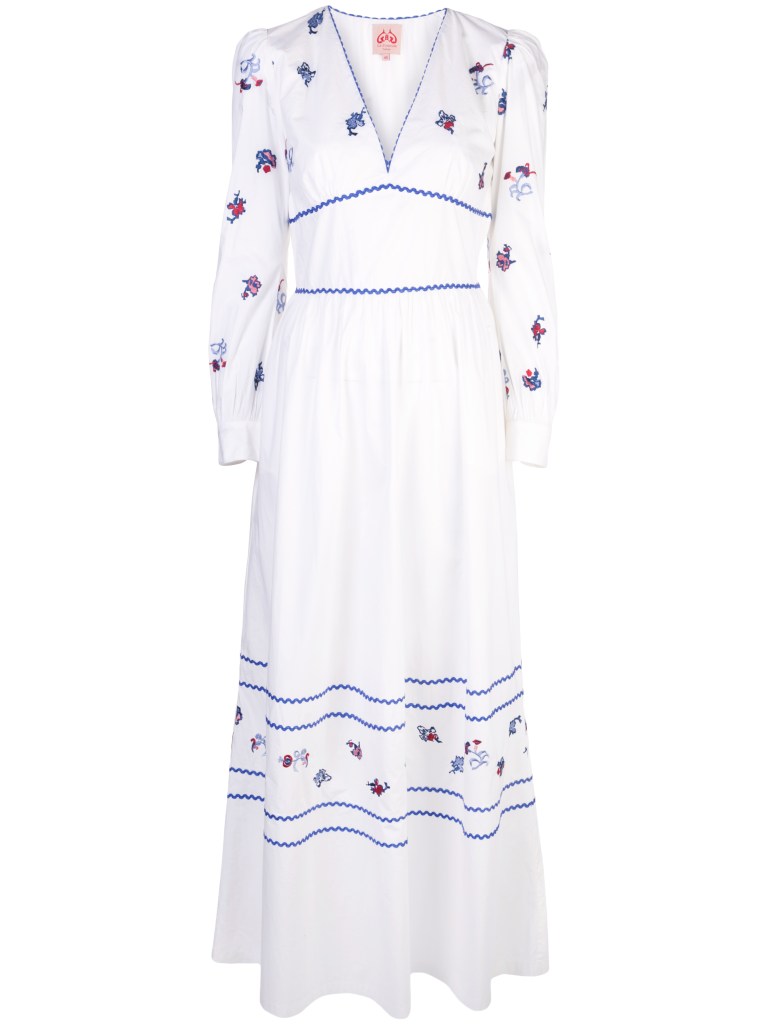 A unit at Royal Poinciana in Palm Beach, Fla. opened in 2017. “It’s an incredible location, next door to Hermès. It was an absolute runaway success from Day One. We pulled the trigger at the end of 2018 on a new POS system and e-commerce site and launched both this summer,” Buccini said, adding, “I call it our non-sexy e-commerce year. This is the summer that we became the word that everybody loves to use, ‘omnichannel.'”

The efforts are paying dividends. “I’m really pleased with how we’re doing and how much we’ve grown,” Buccini said. “We completed our August goal for the web site on Aug. 14. We’re on track this month to have the best month in our history.

“I’m a sole female owner of the business, I have no partners. I don’t have investors, either, just a nice relationship with my bankers,” Buccini said, adding, “It took a lot of work to open three stores in 17 months, and then take a year off to make sure our systems can support the growth going forward.”

Kirna Zabête collaborated with Target Corp. on a capsule collection in September 2012 that included apparel, accessories and jewelry. “It was sold in all 1,764 Target stores [at that time],” Buccini said. “I found my inner designer. It was pretty powerful.” Other partnerships include a capsule shoe collection for Nine West, summer dresses for Gilt and a hookup with Birkenstock. “I’m actively looking at doing private label for fill-in items that I personally want but have trouble finding,” she said. 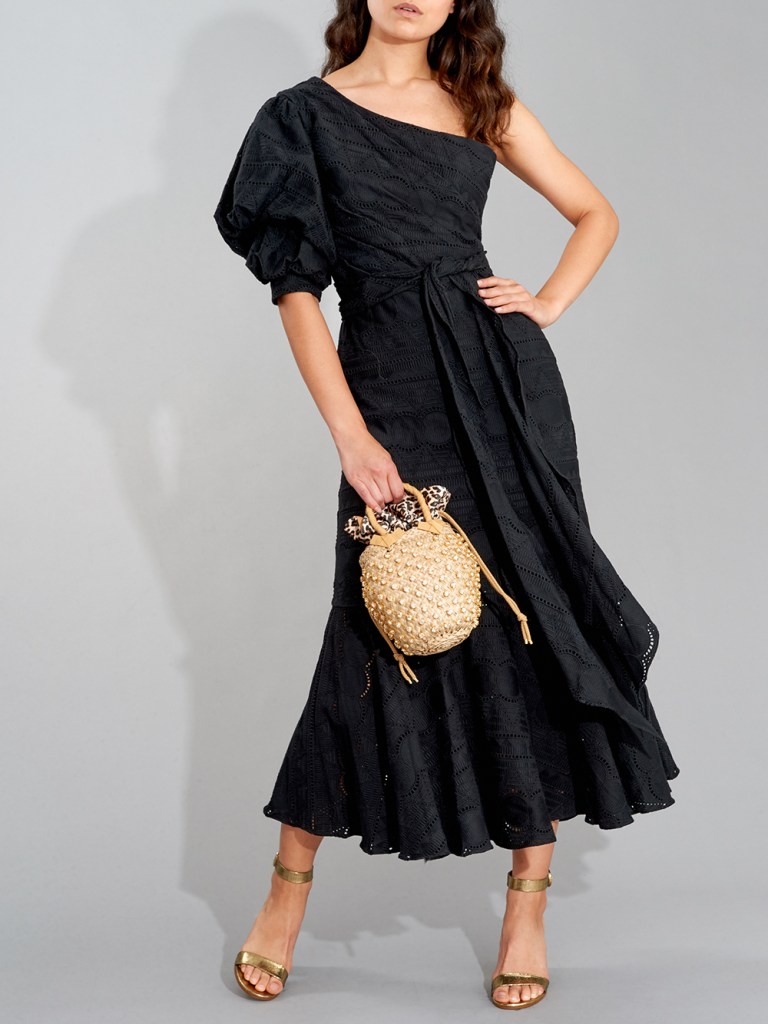 Buccini assembled a commemorative exclusive capsule collection with 20 designers, including Adam Lippes, La Double J, Of Rare Origin, Le Sirenuse, Cesta Collective, HVN, Johanna Ortiz, Magda Butrym and Les Reveries. Prices range from $60 to $1,550. Products are available at all four Kirna Zabête locations and on its web site.
To celebrate the milestone, Buccini hosted a cocktail event celebrating Fendi‘s pre-fall 2019 assortment at the East Hampton, N.Y., unit at 66 Newtown Lane on Aug. 22, and there will be celebrations and in-store activations at the SoHo store, and events at the Bryn Mawr and Palm Beach locations.
“Retail in New York is probably harder than it’s ever been,” Buccini said, adding that consumers from the West Village to the Upper East Side are shopping more online. “New York is all about time and convenience. People forget how special New York is, and how many quirky places there are here. This is a hard job, but we’re helping women feel great about themselves. We wanted to bring the fun back to New York. We’re doing something new every day.”
Balenciaga Colette Lanvin raf simons saint laurent
load comments
blog comments powered by Disqus