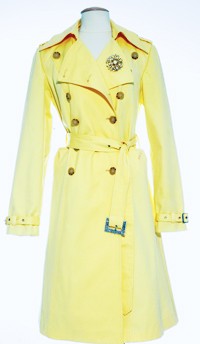 NEW YORK — Designers must have work on their minds, given the dressy, office-ready trends rolling out for fall in better-priced apparel.

“Casual has gotten more dressed up and more polished certainly, and career has gotten sexier and sleeker in turn,” said designer Michael Kors, who will launch the better-priced Michael Michael Kors line for fall. “It’s about making the whole process of getting dressed easier for the customer.”

The appeal of the fall trends, measured by sales at the cash register, will be pored over by both fashion executives and Wall Street to gauge the strength of department stores’ better areas after several weak years. Better sportswear got a shot in the arm this spring from a slew of new and reworked lines from some of fashion’s top names, including Kors, Ralph Lauren, Calvin Klein and Jones New York.

Many of the fall trends are single items that make for easily put-together looks, like a tweed blazer that can be paired as easily with jeans and a camisole top as with pants and a blouse.

“Women are wanting that one item they can put on to pull that outfit together,” said designer Sigrid Olsen.

Since many of the trends, including tweeds and trenchcoats, are updates of classic looks, using new fabrics is an easy way to make them fresh. “The fabric mills and yarn mills are much more creative than they have ever been. There’s this renaissance of artist creativity out there that’s fueling the trends,” said Olsen, adding the print houses have also shown ingenuity.

“A lot of people are looking back and there are a lot of influences at the moment from vintage clothing,” said Robin Howe, design director for Calvin Klein better sportswear at GAV, which designs the line produced by Kellwood Co. under license from Phillips-Van Heusen.

Many of the styles also bear men’s wear influences, which tend to sneak into the women’s market every few years, said Ron Chereskin, designer and chief executive officer of Ron Chereskin Studio, a men’s wear firm that has been recently making inroads into women’s better apparel.

“It’s happening because suiting and dress-up have become more important in both men’s and women’s,” said Chereskin.

Richard Ostell, creative director for Realities, a better collection launched by Liz Claiborne Inc. this spring, said, “We’re reaching a peak with decoration, with color, with prints. It’s really reaching the noisiest it’s been in years and I think the customer’s going to embrace it, but there will be a reaction against it, eventually.”

While better has historically taken its fashion cues from the higher-priced designer and bridge categories, trends move faster today and designers in the area can’t afford to follow.

Here’s a look at what designers think of some of the fall trends:

“The trenchcoat, it’s become an essential now,” said Ostell. “It’s so versatile, it’s such an easy piece for women to have in their wardrobe. It’s more than just a raincoat.”

While the trench is a classic look, Ostell said it’s being done in different proportions, from short to long.

“It’s got an attitude,” said Ostell. “That explains its longevity.”

The look has been dusted off and updated with fabrics such as printed silk. Olsen said it’s an easy look for women to throw on and “make themselves look like they’re ready for anything.”

“Trenches are polished and feminine and powerful at the same time,” said Olsen.

This season’s tweeds aren’t just for English professors or librarians.

Much of this has to do with a move away from wool, which is perhaps better suited to cool library archives and drafty autumn classrooms than the modern office environment.

Cotton and silk have generally taken the place of wool in tweeds, said Olsen.

“That makes it a really lasting, prominent, meaningful trend because it works for all parts of the country pretty much year-round,” she said.

Fabric mills are helping keep the burst of tweeds alive by coming up with new novelty treatments. Howe pointed specifically to yarns that are treated with rubber or woven with silver.

“The weavers have made great strides in making tweeds look very exciting,” she said.

Tweeds work well on the sales floor, too, said Kors.

“People crave texture,” he said. “When you walk into a department store, when you see texture, it truly differentiates products. If it’s lightweight, it’s an extra plus.”

Judith Leech, executive vice president of design at Bernard Chaus Inc., said, “We’re really dressing a career customer and she’s been ignored on the jacket front. She wants some interesting contemporary looks that will be taken seriously in the office. For a while, career’s been a dirty word. We all know that. It’s been sort of underplayed.”

While many of the trends for fall are based on classic looks, shrunken jackets are seen as more of a passing trend.

“It’s just in the air and it suddenly looks right,” said Ostell. “Things have generally been getting shorter, more abbreviated.”

There’s also a sexiness to shrunken jackets, noted Howe, since they show more of the body’s contour.

“Silhouettes on the bottom are getting a little bit longer, so proportionally for the eye, it makes sense for the jackets to be getting shorter,” said Howe.

A little suede jacket, said Kors, is “the kind of thing that replaces a classic blazer, it finishes off an outfit.”

“It’s something that works in every city,” he said. “In Florida it becomes a coat and in Chicago it becomes an inside jacket.”