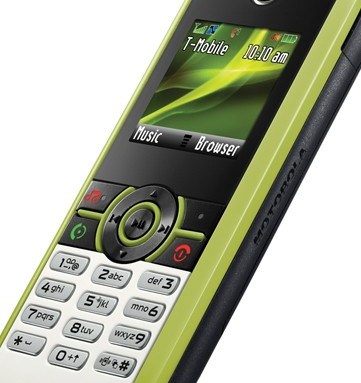 Green Tone
Due this quarter from T-Mobile is the Moto W233 Renew phone, the first cell phone made using recycled plastic from water bottles. The phone will retail for about $130.

Musical Coat
Cole Haan is prepping a women’s jacket with a built-in controller for music players. The jacket will retail for $525 and be in stores in the fall. Other sportswear retailers are also planning to make use of the technology, which previously found favor with activewear makers such as Burton.

Fashion Game
Fashion is in on the Wii, thanks to Imagine Fashion Party, due out from Ubisoft at the end of the month for $30. In the game, players create looks and compete to be stars of a fictitious TV reality show.


Video Rocks Crafts
TheadBanger claims its videos about do-it-yourself projects attract more than one million views a month on various devices. Subjects range from how to make a Shrinky-Dink Inauguration necklace to organizing kitchen shelves.