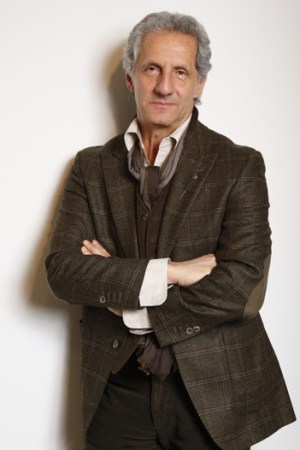 Men’s wear designer Joseph Abboud will return to the runway tonight when he presents the fall collection of Black Brown 1826, the proprietary brand he designs for Lord & Taylor.

The 30-look show, to be staged in the top-floor theater at Lord & Taylor’s Fifth Avenue flagship, marks the retailer’s attempt to stoke the brand’s early success.

“The customer immediately responded to the lifestyle brand and to the classifications,” said L&T chief executive officer Brendan Hoffman, who joined the store in September. “It was a successful launch in an otherwise difficult selling season.”

Lord & Taylor and executives at parent Hudson’s Bay Trading Co. — which is owned by NRDC Equity Partners — plan to expand the Black Brown offering next fall by adding new categories and programs. The brand is also launching in Canada this spring. The Bay, a better department store chain NRDC acquired last summer, will stock the full Black & Brown collection in 50 of its 94 doors.

The Bay is promoting Black Brown’s arrival, kicking off festivities next week with in-store events, an editorial push and placements in Canadian magazines.

While initial plans called for L&T to wholesale the line after the first year, Hoffman said he’s in no rush. “With the economy the way it is, it makes sense to fine tune the brand here and maximize it within our own space,” he explained.

Lord & Taylor executives said the line’s success is largely attributable to Abboud, the two-time CFDA award winner who ran his namesake brand through 2005.

“Black Brown has strong quality and value that is underpinned by a real design aesthetic,” said Mary Beth Sheridan, Lord & Taylor’s head men’s merchant. “[Abboud] knows how to appeal to our modern, updated base.”

Imbued with Abboud’s signature texture, many items in Black Brown appear to be more expensive than they are, including the nine-ply cashmere sweater that retails for less than $400 and the sport coat with leather trim for $225.

Lord & Taylor executives hope tonight’s show will pique the interest of the fashion press and burnish the brand’s image. “When you have a success like Black Brown, you want to give it the exposure it deserves and not treat it like a house brand,” Hoffman said.

The collection features lean textured trousers, piled-on knits, soft tweed jackets and washed leathers that balance the rugged ease of a turn-of-the-century laborer with the traditions of English tailoring.

“Working-class luxury just feels right in this climate,” Abboud said during a preview at the brand’s showroom here. “Fashion needs to connect in this climate. It’s time to get back to stylish, relevant clothes.”

Abboud was last on the runway four years ago with the namesake line he founded in the Eighties.