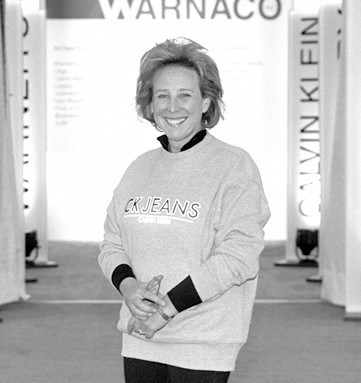 Linda Wachner and Calvin Klein had one of fashion’s most dramatic love-hate relationships.

During her 15-year tenure as chairman and chief executive officer of Warnaco Group Inc., Wachner was known as the iron lady of underwear, and she basked in the notoriety of her designation by Fortune magazine as one of “America’s Toughest Seven CEO’s.” Wachner, whose childhood ambition was to take over and run a company, always did things in a big way, and her legendary aggressiveness, razor-sharp intellect and biting wit were in turns lauded and feared. Her in-house motto was: “It’s always about leverage.”

Having led a hostile takeover in 1986 with an investment group, she wrested control of Warnaco from its existing management. One of the highest paid female executives in the U.S., she garnered a $3 million salary and stock options worth more than $100 million in the late Nineties. In a deal that stunned the financial community, she and her buyout group paid 14 times cash flow — $500 million in borrowed money and a $200 million revolver for working capital — at a time when the going multiple for that type of deal was about six times cash flow. Her grit and determination transformed a $425 million firm with no corporate mission into a world-class branded apparel maker that generated sales of more than $2 billion in 2001.

Her victories were seen as triumphs in the boardroom even if her defeats could be attributed to ego. She commanded the cheers and jeers of Wall Street pundits, charmed diplomats and politicians and invoked the envy of corporate chieftains who were forced to compete with her hard-nosed style.

She also locked horns with Calvin Klein in 2001 over the dilution of the quality of Calvin Klein Underwear and the Calvin Klein Jeans license, and the distribution in mass channels of the iconic brand. The battle royal between the two titans became one of the biggest and nastiest spectacles in fashion history.

Wachner, who could not be reached by press time, maintains homes in Manhattan; Southampton, N.Y., and Paris. She is reportedly keeping busy these days by trading euros with her own personal fortune, estimated at more than $150 million. In an interview with WWD in 1998, she said, “Buying Calvin Klein [underwear and men’s accessories] was the best deal of my life. The [Calvin Klein] business has compounded 73 percent annually — from $61 million in 1994 — with nothing in international sales — to $318 million, $111 million of which was international business.”

But, despite Wachner’s notorious touch — endless work days coddling and developing the Calvin Klein Underwear business as if it were her baby, teamed with a raw-nerved personal style that many executives found to be a turnoff — Calvin Klein himself grew increasingly frustrated over the distribution of the underwear and licensed ck Jeans for men and women in discounters and other unauthorized discounters.

At the time, Wachner told WWD: “We have to justify our performance to shareholders on cash flow, maintaining revenues and profits, and paying down debt.”

In a WWD interview in 2000, Klein and Barry Schwartz, then chairman of Calvin Klein International, alleged Warnaco often redesigned the product, and that the quality of the merchandise was sacrificed. “She’ll change the design and take it out of the garment, no matter where she can cut a cost,” Schwartz charged.

Calvin Klein Inc. sued Warnaco and Linda Wachner in 2000 for federal trademark violations and breach of fiduciary duty and contract. Warnaco countersued. The intensely bitter lawsuit between two fashion titans was settled in January 2001, moments before the trial was set to begin. Wachner and Klein publicly kissed and made up, and Warnaco got to keep the Calvin Klein Jeanswear license until 2044.

Sources said no monetary remuneration was exchanged. The bottom line: Warnaco could still sell to discounters and warehouse clubs, but only closeouts and overrun product, and at subsequently reduced levels over time, said sources. And all design changes, from fit to fabric, wash and trim, had to be OK’d by Klein.

But the mudslinging and unseemly nature of the battling duo in national print and on TV — including an appearance by Klein on CNN’s “Larry King Live” — caused further erosion in investor confidence in Wachner and Warnaco. Among the mishaps were:

• In August 2001, Warnaco disclosed that it needed to take a $43 million charge to earnings in the third quarter and restate certain earnings for the past three years “to correct errors” discovered in its recording of intercompany price policies, accounts payable and accrued liabilities.

• Following an ongoing probe by the Securities and Exchange Commission, Warnaco filed for Chapter 11 bankruptcy protection on June 11, 2001, rapidly followed by the halt of trading of Warnaco stock by the New York Stock Exchange. Wachner abruptly left Warnaco on Nov. 16, 2001, following a reorganization plan, which had been filed on Oct. 2 and implemented under the watch of interim ceo Tony Alvarez, a turnaround specialist. She received a fraction of the severance she sought, about 1.8 percent of $25.1 million, or $252,000 of new company stock. The company exited Chapter 11 on Feb. 4, 2003.

Wachner nonetheless is said to remain proud of her accomplishments at Warnaco and how she transformed the Calvin Klein Underwear and Calvin Klein Jeans businesses into international phenomena.

“I’m proud of the achievements of the company and the people I’ve worked with,” Wachner told WWD several days after she exited Warnaco. “I’m looking forward to the future, not the past.”