The shop brings a true Brazilian flavor the the States. 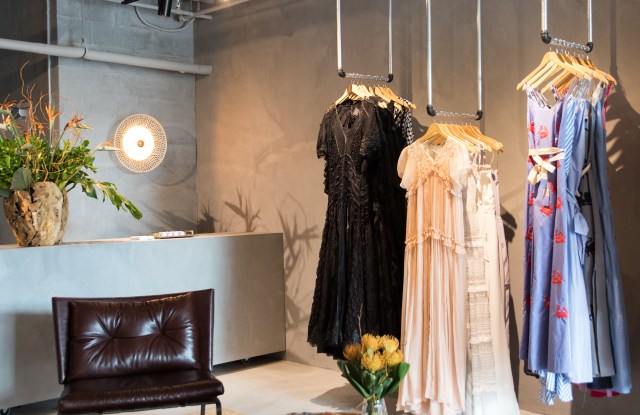 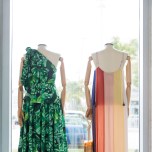 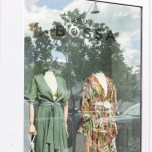 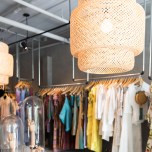 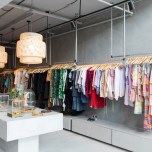 MIAMI — Three South Americans founded Bossa Concept, a shop for women’s Brazilian designer fashions, in November. The 1,300-square-foot loft space is located on the ground floor of Palau Sunset Harbour, a new mixed-use property in South Beach. Its rare direction — even for Miami — came about when partner Alessandra Cavalcante noticed a trend in going back and forth between here, where she keeps an apartment, and her native Belém in the Brazilian Amazon.

“Miamians always ask me what I’m wearing when I’m in something from Brazil,” said Cavalcante, whose entire outfit (Isabela Capeto hand-embellished dress, Schutz oxford wedges, Jack Vartanian oversized jewelry) hailed from her homeland. “I’m surprised there’s nothing like it here.”

Among 28 brands, GIG Couture’s Lurex collection leaps out for its wild color combinations like copper and purple. The label gained prominence outside Brazil when Beyoncé wore its boldly patterned jumpsuit in her “Sorry” music video. Knitted on a manual machine, each piece takes eight to 12 hours to make, according to Cavalcante.

“One of the many reasons I connect to Brazilian clothing is manufacturing is different there. It’s more detailed and not as big.”

Patrícia Viera’s dresses in laser-cut leather and leather floral overlays, and Isabela Capeto’s multimedia pieces also exemplify her statement to maximum effect but on opposite ends of the spectrum. The former’s monochromatic looks and clean silhouettes veer from the latter’s feminine flamboyance, such as a black-and-white lily print adorned with orange and yellow beaded lilies.

“I didn’t put this one on the floor because I want to keep it for myself,” said Cavalcante, of Capeto’s jungle-printed caftan with raffia fringe and pom-poms. Other lines are Isolda and Adriana Degreas, which opened its first U.S. boutique with ready to wear and swim in South Miami in 2015.

Accessories are every bit as playful: WaiWai Rio’s bags in straw and rainbow acrylic panels and Marcela B.’s casual shoes with polka dots and stars. Jewelry ranges from established names like Vartanian, who’s hosting a trunk show for his Orchid collection here in March, to emerging designers like Ju Gastin, whose rustic cowrie shell rings and bracelets are borrowed from colonial slave culture in Brazil.

“Brazilians can get these things back home but prefer having it all under one roof,” said Cavalcante. “Andrea Dellal [Charlotte Olympia’s mother] has been coming in even though she gets discounts at designer stores in Bal Harbour, because she wants to support us.”

A former model turned interior designer, Cavalcante plans to add Brazilian furniture, home accessories and art. Her Brazilian touch — hence, the name, “bossa” — is already present in organic decor and plants, while a back bar invites a round of caipirinhas.

She’s trying her hand at fashion design, too, with Bossa Collection. The collaboration with her Argentine store partner and former model Flavia Schwenk launches next year. In the meantime, they offer a preview of ruffled, dark denim items with raw edges.

“We hope to grow in the U.S. without losing our ‘bossa,’” said Cavalcante.