Ceo Hélène Poulit-Duquesne discusses the brand's new high-jewelry collection, global markets and why she considers the house "a 160-year-old start-up."

“A jewel in a safe is a dead jewel.” That bon mot is a favorite of Hélène Poulit-Duquesne, chief executive officer of Boucheron and the only woman at the helm of a storied Place Vendôme high jeweler.

Poulit-Duquesne assumed that position four years ago after 20 years spent at Cartier. She quickly set about putting her mark on the house founded in 1858 by Frédéric Boucheron, now part of the Kering stable. Case in point: she’s added a whole new high-jewelry collection.

High jewelry is a rarefied world, marked by extraordinary, deeply considered and meticulously crafted pieces. At Boucheron, prices start at about 50,000 euros, though internally, the pieces are classified as fine jewelry until about the 200,000 mark, upward of which the “high jewelry” distinction is deemed appropriate. The more accessible jewelry typically found in-store is considered bijoux.

Until now, the house had shown high jewelry only once a year, in July. That changes this week, with the debut of the new Signature High Jewelry Collection in client and press appointments through Jan. 23.

“July is the creative collection,” said Poulit-Duquesne during a recent visit to New York. “Claire [Choisne, the brand’s creative director] selects a theme that expresses something very personal from her vision or the history of the brand or some [specific motif]. In 2017 it was Russia. Two thousand eighteen was about nature. Two thousand nineteen was about Paris; we were reopening Vendôme. And the next one will be incredible. So you will see in July.” 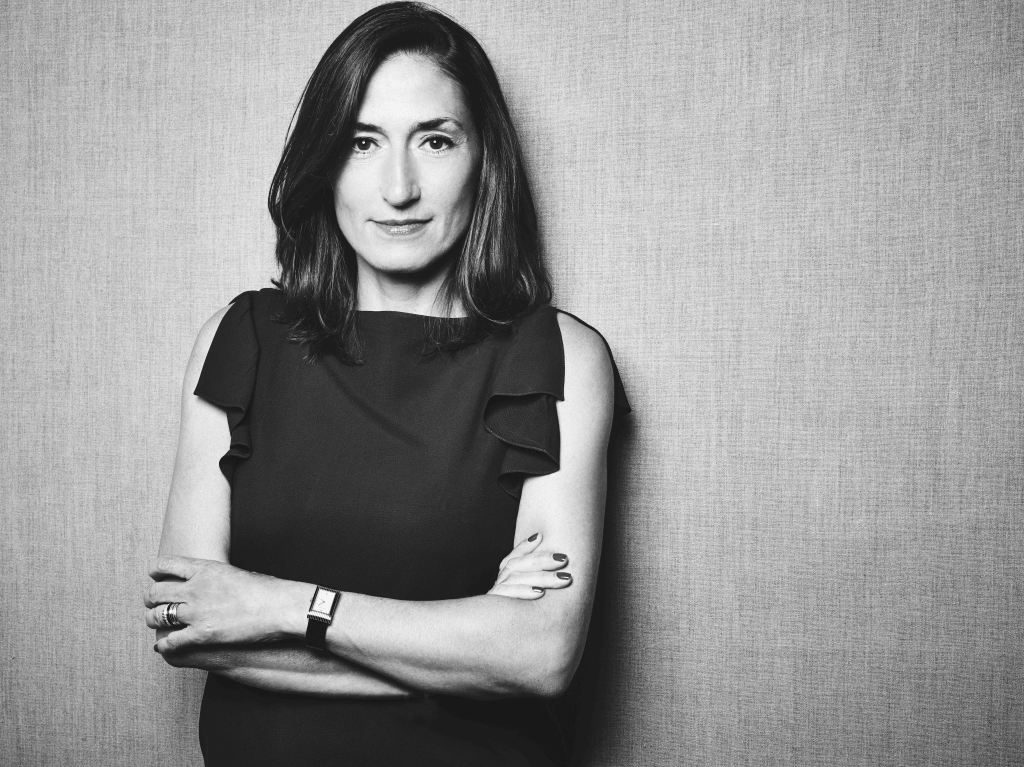 Such collections focus on newness, often featuring elaborate, fanciful designs. Yet given its storied history, Boucheron has a deep trove of existing designs that still resonate, which is what the new offering will highlight, a collection, the ceo described as “about our classics, icons of the house in high jewelry.”

“Every year, we express our creativity, innovation and the design part of our brand, which is super strong,” Poulit-Duquesne continued. “But we also have the classics from Frédéric Boucheron. We want also to tell that story, for example, tell the story of the Question Mark necklace, which is one of the most interesting in terms of product.”

Poulit-Duquesne referred to the iconic design that circles the neck and descends down the throat like a question mark, its descending strand exploding into any number of wonders, most often feathers or flora. One variation is a full, circular swan; another ends in gold-and-diamond stalks of wheat. The articulated construction allows the necklace to move with the body, while the absence of a clasp proved quite the innovation when the house founder designed its first incarnation.

“What is really interesting is that Frédéric Boucheron designed it because he wanted to free the woman. You could put it on yourself without the help a lady’s maid. So there is always a link in the work of Frédéric Boucheron with the way of living of women because he always put the woman at the center,” Poulit-Duquesne said.

It’s a fabulous concept that lends itself to powerful reinterpretation. Eight iterations anchor the 15-piece Signature Collection, among them a take on the Plume de Paon punctuated by a 10.98-carat Burmese sapphire; Nuage de Fleurs, featuring a spill of hydrangea blossoms in graduating sizes, and Perles, a minimal (relatively speaking), modernist single curved line of graduated pearls separated by diamonds.

Press materials feature models wearing various versions in daytime contexts, with everyday clothes such as a sweater or shirt. Hence, Poulit-Duquesne’s one-liner about a jewel in permanent storage being a dead jewel. “You do not need to be in black-tie to wear these kinds of things, and our communication shows that. We want the jewelry always to be in life. It’s super-important. It has to be on the skin, it has to live with the woman, to express who they are.”

If getting high jewelry beyond the red-carpet circuit into the bright light of day is a priority for Poulit-Duquesne, so, too, is achieving some of that exposure in the United States, where the brand has had virtually no exposure for decades. Until now, that is, most prominently at Saks Fifth Avenue’s The Vault. That partnership was the primary reason for Poulit-Duquesne’s recent trip to New York, only her second since she became ceo.

“It’s a new concept that they developed and we think it’s a great opportunity,” Poulit-Duquesne said. “The brand mix is good and Saks is super important in the USA. They had a nice concept, a real opportunity to have a three-wall, meaning that we can display each new concept as we would in our boutique…[as a] creative brand story.” The Vault features collections including Nature Novelties and Serpent Boheme, each dedicated to some of the house’s earliest obsessions, and the wear-it-your-way Jack de Boucheron, featuring some pieces that transform from necklace to bracelet. 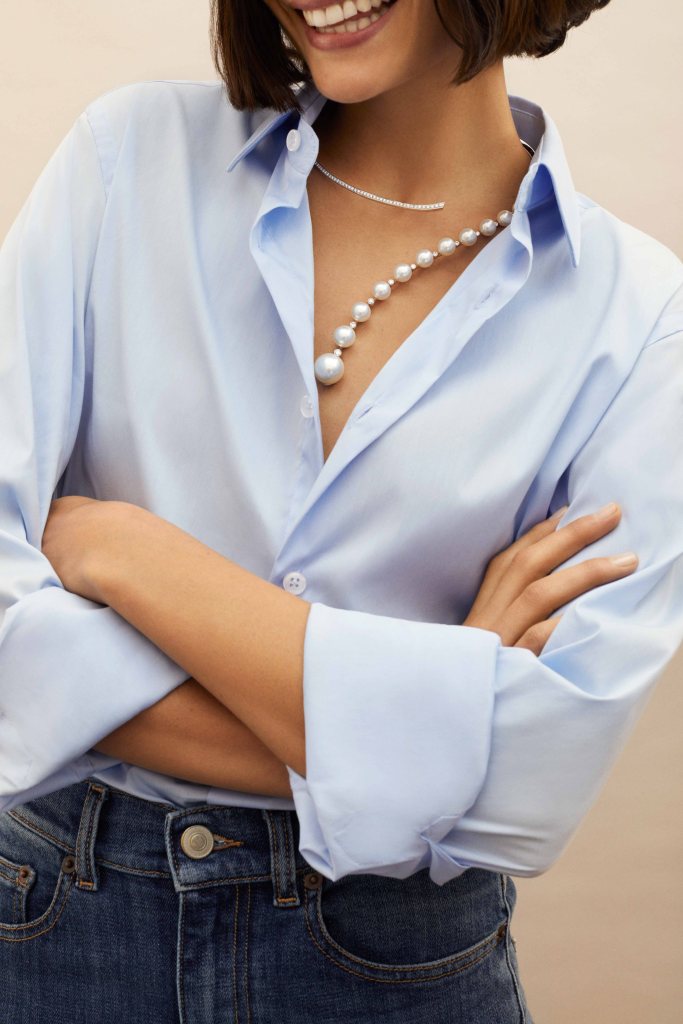 Given the strong allure of the U.S. for many luxury European houses founded in the 19th and early 20th centuries, Boucheron’s recent absence is an oddity that Poulit-Duquesne cannot fully explain, especially given the founder’s early interest. Once upon a time, Frédéric Boucheron identified and nurtured American clients. Vincent Meylan’s 2011 book “Boucheron: Secret Archives,” dedicates a good deal of space to their stories, along with the house’s other key supporters that included grandly bedecked women, from courtesans to royals.

One notable American client: Madeline Astor, whose husband John Jacob Astor IV died on the Titanic. Madeline survived the tragedy wearing a Boucheron diamond and sapphire ring that he gave her, which she reportedly wore every day for the rest of her life. Poulit-Duquesne said Boucheron opened a New York outpost in 1903. “Then in the Fifties, they left. Nobody knows really why. And that was it.” Poulit-Duquesne is determined to rekindle interest.

Boucheron may have ignored the U.S. for years, but not so other markets. In the Eighties, it focused on Japan, which developed quickly and remains an incredibly strong market for the brand. Unlike many other European luxury types, the brand was slow to develop the rest of Asia, including China, now also a major focus for Poulit-Duquesne. “The most important priority for Boucheron over the last four years has been to develop China, and the rest of Asia,” she said. “So now we are quite strong in Taiwan, in Korea. We have been really pushing and investing in that part of the world.”

China, Poulit-Duquesne noted, “is still booming because the government asks the clients to consume inside China. So the majority of the big brands, having retail inside China, are doing quite well.” Conversely, “that’s not the case in Hong Kong, which is doing very poorly because the Chinese clients don’t go there anymore.”

Chinese clients are also buying during their world travels and Paris has proven a particularly strong destination. “We renovated Place Vendôme, which is a very special place, and they love to come there to really understand the brand,” she said. 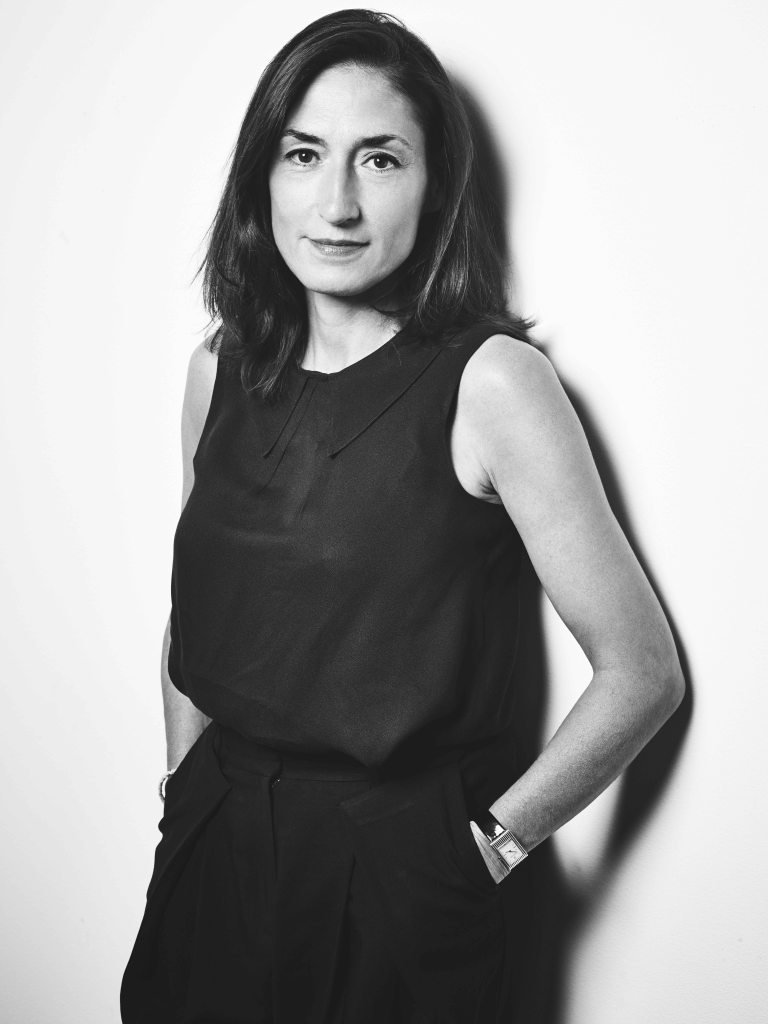 Many of them are young. Poulit-Duquesne identifies a new client base emerging in Asia, “in their 20s, they buy super-expensive pieces, and they don’t even ask their husbands or parents. It’s super-impressive. We have been seeing these kind of clients coming, jumping into our boutiques.”

A goal is to nurture some of those clients along to the highest echelon of high jewelry where, noted Poulit-Duquesne, business is booming, despite hefty competition for a limited, highly discerning client base. To that end, Boucheron’s distinctive marriage of exquisite stones and innovative design is essential. Historically, Poulit-Duquesne noted, the house has been known for its strength in sourcing stones. “So we have that reputation, which is very strong. On the opposite side, we are really super-innovative and super design-driven, and our pieces exactly show that. That means that our iconography is about design more than about stones.”

Yet building client loyalty isn’t only about the merch, no matter how rarified. It’s also about service, a concept that intensifies dramatically in the high-jewelry realm. Enter the “grand vendeur,” the highly skilled seller who is the client’s primary point of contact with the house. “They behave totally different from a classical salesperson,” Poulit-Duquesne said. “They go on holiday with [top VIP clients]; they are very linked to [a client’s] family. The high-jewelry world is made of these people, these grands vendeurs.”

At Boucheron, the grands vendeurs are considered part of the brand’s family spirit and part of what the ceo considers a strong entrepreneurial bent. “I always say that we are a 160-year-old start-up at Boucheron, which is a great feeling for me,” Poulit-Duquesne said. “We have all the history, all the patrimony, and at the same time we are very agile. We can move very quickly because we are a small team. I love this energy. At some point, when you are a very big company, moving is difficult.”

Told that the descriptives “small” and “entrepreneurial” sound counterintuitive to a brand that’s part of a behemoth luxury group, Poulit-Duquesne countered quickly. “I love this group. I think the values of Kering are super-dynamic, super-entrepreneurial. And superhuman.”