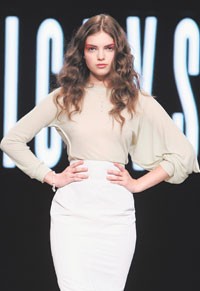 SYDNEY — Australian show organizers are in expansion mode for 2007, some on home turf, and others keen to leverage opportunities across the Pacific Rim.

Australia’s most aggressive fashion show organizer, the Melbourne-based Australian Exhibitions and Conferences, continues to expand its market reach. After the success of its volume-focused Fashion Exposed show, its high-end Preview spin-off show and last year’s Australian Shoe Fair startup, in February AEC will launch the Leather Bags & Accessories Fair, its third new apparel sector show in as many years.

Running concurrently with the third Australian Shoe Fair, Feb. 15 to 17 at the Sydney Convention and Exhibition Centre in Darling Harbour, the inaugural Leather Bags & Accessories Fair will take up approximately 27,000 square feet of exhibition space, with the Shoe Fair occupying an additional 80,000 square feet.

“We did independent research on Shoe Fair visitors and they said they wanted to see more bags and more accessories,” said AEC managing director Marie Kinsella, who was surprised by not only the apparently unstoppable demand for accessories, but all the new business attracted, as well.

Added Kinsella: “When we looked at many of the people who went to the Shoe Fair, many of them had never been to Fashion Exposed or Preview. Even though we had quite a lot of footwear in Fashion Exposed and Preview, what we found was that the specialist footwear retailers wanted their own show.”

Running March 11 to 13 at the Sydney Convention Centre, Fashion Exposed will showcase 420 companies and 1,500 labels, and Preview will boast 90 companies and 150 labels. Together they will occupy 242,000 square feet of exhibition space, a 16 percent size drop from March. Eleven thousand visitors are nevertheless expected to attend, up 4 percent from last year. Preview’s new March 2007 attractions include a boutique children’s wear

section called Preview Junior and a 12-designer delegation from Belgium.

In March 2008, AEC plans to launch yet another show: a streetwear/urban event that will run at the same time as Fashion Exposed and Preview, but on the other side of town at the old Fox Studios complex at Moore Park.

“Our aim is to run many complementary events in the fashion industry at the same time to draw the broadest possible audience,” said Kinsella. “In these tough times, it is important to get out there and offer new opportunities. We don’t want to compete with our existing events. This is about [launching] a complementary event. Each feeds off the other. Someone who would never have been to a Fashion Exposed will come to Sydney because they’ve been brought there by a streetwear/urban event.”

She added, “Our biggest issue for the next six months is to spread the word and convince retailers that it’s necessary to attend each of these fashion events twice a year. It’s important for them to assess the new trends and see new labels they would never see anywhere else.”

AEC’s track record with fashion trade shows has been so impressive, some had hoped that IMG Fashion Asia Pacific might at some stage recruit AEC’s expertise to boost the perennially lackluster trade show component of its banner event, Australian Fashion Week.

Thus far, the only action taken by IMG has been to bring its most recent “trans-seasonal” 2007 show forward by almost two months to dovetail with Fashion Exposed’s autumn-winter 2007 equivalent in early September. The results were disastrous for AFW, which went to market with the new time slot just six weeks beforehand.

Twelve months after it was acquired by IMG, Australia’s highest-profile fashion event now also has a new name, following the expiration of the contract with founding naming rights sponsor Mercedes-Benz.

Under a deal estimated to be worth $1.5 million to $1.9 million over five years with the Fosters Group-owned Rosemount Estate wine brand, Rosemount Australian Fashion Week’s spring-summer 2007-2008 edition will take place April 30 to May 4 at the Overseas Passenger Terminal in Sydney.

IMG Fashion Asia Pacific managing director Simon Lock told WWD that the show would be approx­imately the same size as the previous year — roughly 65,000 square feet, not including three on-site runway show tents with capacities for 723, 600 and 372 people respectively — but reconfigured.

Although IMG Fashion Asia Pacific claims 25,000 visitors and delegates attended the April show — and certainly, with 84 designers showcased in 45 runway shows over five days, it was the event’s second-busiest runway schedule ever — The Source trade show component continues to be problematic. Staged for several years now in an upstairs venue, exhibitors routinely complain of low traffic, a lack of buzz and of feeling “left out.”

“We haven’t been particularly happy with the traffic flow,” said Lock. “People will see a new venue layout this year, some new Collections showrooms‚ and some new spaces being used for The Source and other parts of the event, which will be exciting. We’re anticipating a great schedule. In fact we’ve gone on sale with the schedule earlier than ever before. We’re providing opportunities for designers to show both in spring-summer and trans-seasonal as a package, and we’ve never done that before, either. There obviously will be some costing advantages to designers who sign up for both.”

Lock added that show packages at IMG’s other international events for local designers who book at RAFW are also on the drawing board. “We’re looking to support globally those designers who support us locally, as well,” said Lock.

At press time Lock was in Hong Kong finalizing details for Hong Kong Luxury Week, a new consumer event being staged by IMG Fashion Asia Pacific from Sept. 14 to 23. The company’s other new regional initiatives include the Ecostyle festival in Kuala Lumpur in July, Pakistan Fashion Week in Lahore in October, a cultural fashion event as part of the Beijing Olympics and the new Fashion Innovators program.

Designed to replace the four-year-old Mercedes-Benz Startup new talent competition, Fashion Innovators will run heats in seven countries next year, including Australia and New Zealand, with the regional final to be held at RAFW in Sydney in April 2008. The winner will be given his or her own show at Olympus Fashion Week in New York in September 2008, said Lock.

“As IMG Fashion Asia Pacific pushes further and further into the region, we’re promoting RAFW as being the most significant industry event in Asia Pacific,” said Lock.